The World Health Organisation (WHO) report on smoking electronic cigarettes, also known as ‘vaping’, urges organisations to establish and enforce a policy in response to this growing trend. 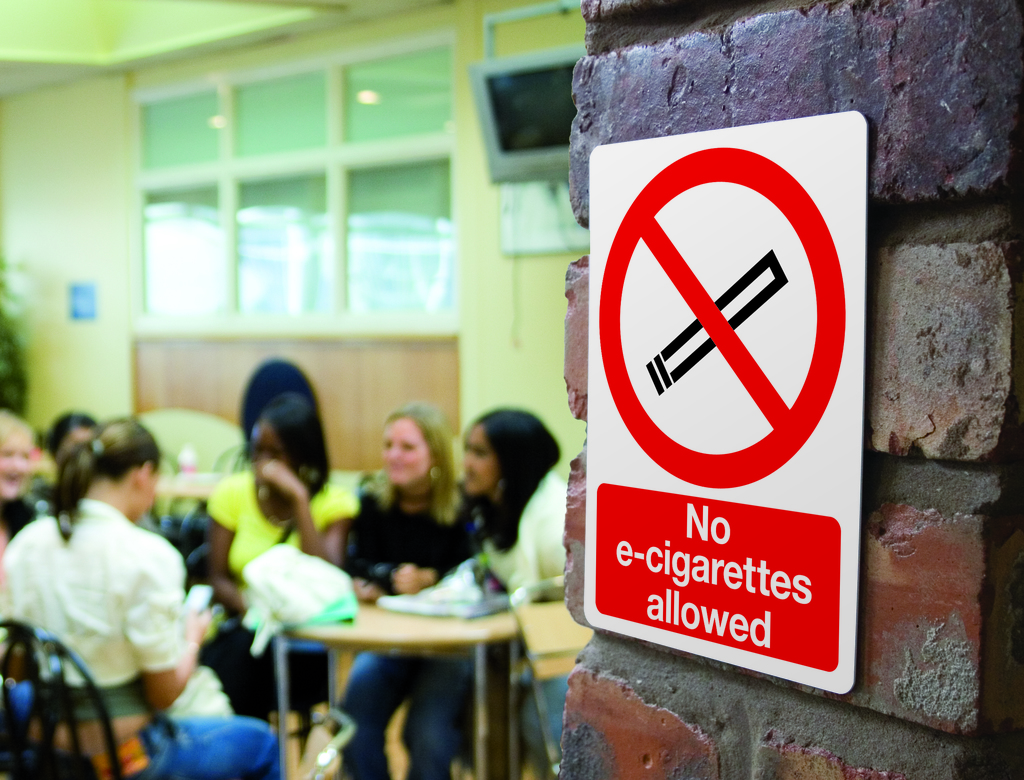 WHO reveals evidence that e-cigarettes do not merely produce 'water vapour' as is often claimed in the marketing for these products. The vapour released into the air poses serious health risks by increasing exposure of non-smokers and bystanders to nicotine and a number of other toxic substances. Despite this, e-cigarette smoking is currently not banned in enclosed public places under the Health Act 2006. WHO strongly recommends that all organisations define a clear company policy on vaping to protect the health of employees and visitors in the workplace.

In response, Seton has designed a range of safety signs to support company policies on vaping. The signs provide clear visual instruction on whether staff and visitors can or cannot use e-cigarettes in and around the premises.