Safesite has been recognised for its outstanding work within the safety industry by winning the Corporate Contribution Award at the British Safety Industry Federation (BSIF) Awards 2013, which took place on 7th October at the Guoman Tower Hotel, London. 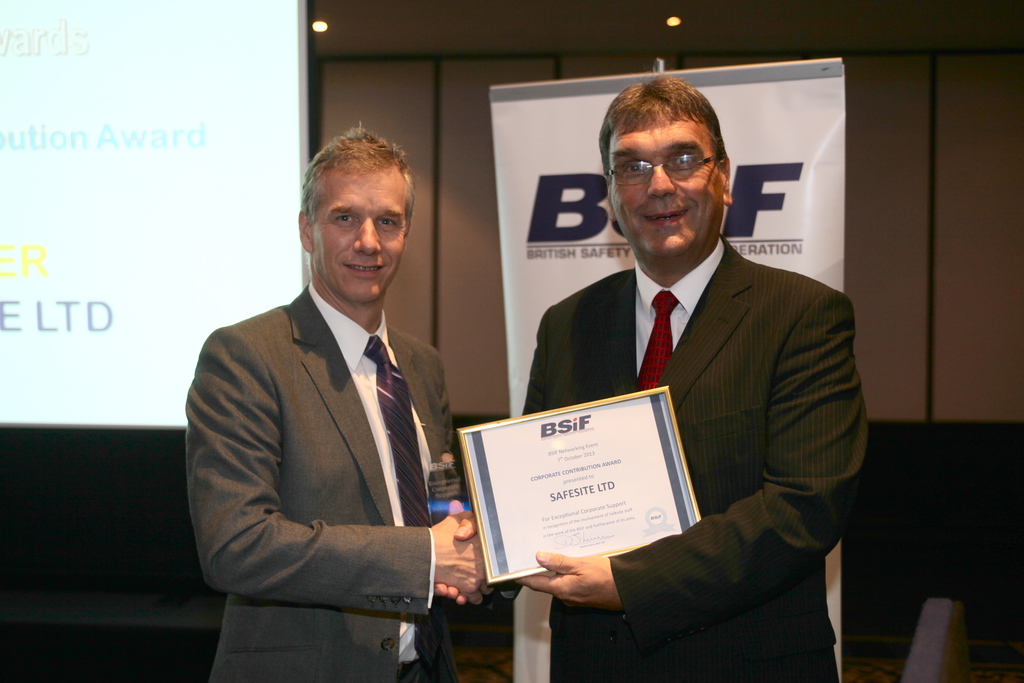 The award, which celebrates the contribution of a company to the work of the British Safety Industry Federation throughout the previous 12 months, was given in recognition of Graham Willmott’s continual work representing the BSIF and UK on European Standard Committees and Working Groups as well as serving as Chairman of the Height Safety Group and HSE Advisory Committee for Roofsafety.