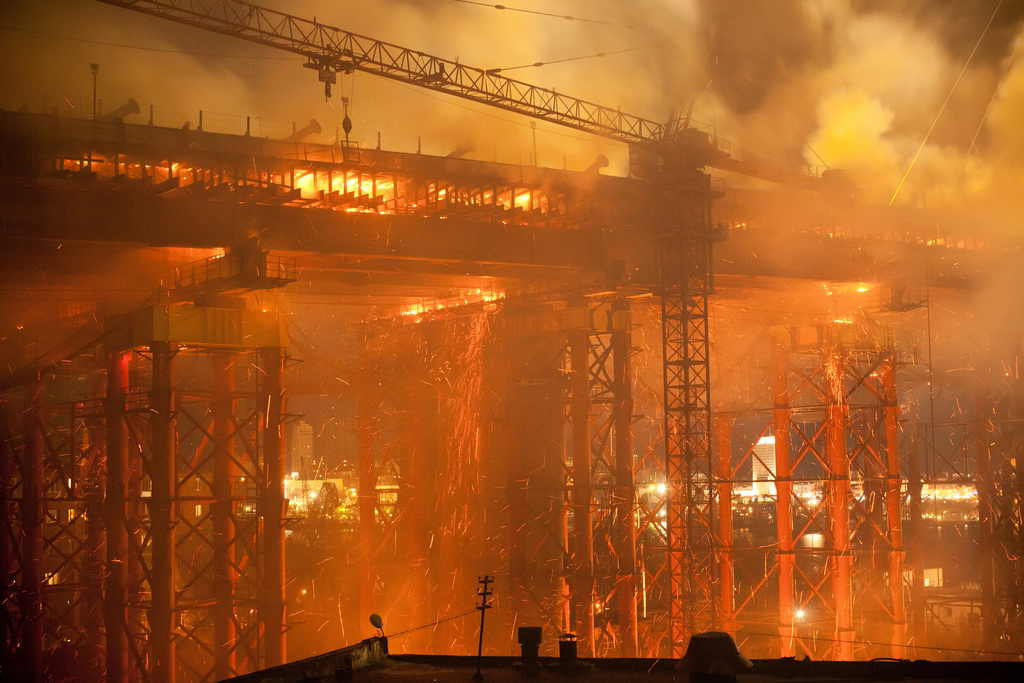 Fire safety in the construction industry hasn’t always been taken seriously. 20 years ago, fire extinguishers and fire alarms weren’t a necessity, and there were no serious consequences for a company if fire safety and first aid equipment were not located on site.

However, since The Regulatory Reform (Fire Safety) Order 2005 came into place, as well as continued efforts by the HSE and Occupational Safety and Health Administration, attitudes in the industry are slowly but surely starting to change.

The law in the UK now stipulates that every business must have an appropriate fire detection system in place and failure to comply could lead to serious fines or even worse – site closure, damaging the reputation of a business in its tracks. What’s more, improving health and safety standards could actually improve working conditions and worker efficiency.

Of all the fire safety products on the market, reliable fire alarms are the critical first step in alerting people of the danger and saving lives in the event of a fire. Over the last five years, technology has truly pushed the construction industry to become a safer working environment, in particular with the development of wireless technology.

Modern systems have come a long way since the days of watchmen ringing bells to warn the local community of fire. When Dr.William F. Channing (supported by Moses G. Farmer) adapted the principle of the telegraph to develop the first city-wide telegraph fire alarm system in Boston, US in the 1850’s, it was the start of a series of technological developments that would help protect property and save lives. Channing and Farmer’s revolutionary fire alarm telegraph system enabled communication between a series of telegraph alarm boxes and a central alarm station. Each box had its own signal, enabling the central office to identify the location of the incident – though as the system was not automated, it relied on an individual to trigger the alarm to summon help.

Early experiments with heat and smoke detectors paved the way for automated fire alarm systems. The first smoke detector was invented by accident in the late 1930s when Swiss physicist Walter Jaeger was attempting to design a sensor that could identify poison gas. It was only when he lit a cigarette and the smoke triggered the alarm that he discovered his invention could detect smoke particles.

Jaeger’s accidental discovery ultimately led to the first commercially available smoke detectors. Large and expensive, they were first used in the 1950s to protect commercial and industrial property. As technology advanced, fire alarms soon became more commercially viable and suitable for residential use.

Wireless fire alarm systems first appeared in the 1990s, but the early technology experienced a few difficulties, mainly with battery life and radio transmission failures. Since then, technological advances have enabled fire alarm systems to work wirelessly and use a range of communication technology (such as cellular transmitters, private radio systems and digital communicator systems) to send a fire alarm signal direct to the nearest fire service to request firefighting support.

Although there is nothing wrong with traditional fire safety equipment, outdated fire alarms are costly to install. While a hardwired fire alarm system can take days or weeks to install, a wireless device can be set up in just minutes, thus providing a cost-effective solution. This also ensure cables are minimised therefore reducing slips, trips and falls on site.

Traditional fire alarms can also pose more risk to workers as it doesn’t allow workers to communicate effectively and signal a danger.

The technology involved in modern wireless systems may be complex, but the concept is simple – automatic smoke or heat detectors trigger a response and sound an alarm to notify people of the danger.Using secure, licence-free radio communications to transmit information between sensors and detectors, and the control panel, wireless fire alarms provide all the benefits of traditional wired fire alarm systems but without the potentially hazardous cables.

When existing technology and devices become wireless, the functionality increases in leaps and bounds, and today, emergency fire, first aid, and intruder alarm systems have become an integral part of modern life due to their flexibility, reliability, ease of installation, and usability.

Wireless alarms are particularly suited for construction sites and building complexes that are made up of multiple buildings. In the case of temporary installations, for instance, construction sites where the work is in progress, wireless fire alarms can be installed and then removed once the work on the site is finished, or moved to another site, providing a cost-effective and flexible solution to companies.

As false alarms can cost businesses and fire and rescue services around £1 billion a year1, and loss of sales and time, wireless systems offer heaps of benefits to construction companies and a complete safety solution.

Additionally, there are around 11 construction fires every day3, and in a recent 10-year period, statistics from insurance companies show that there were 108 major fires on construction sites, costing the insurers – and therefore costing construction companies around £187.3m.4

Fires and injuries are a real and ongoing risk – particularly in manual industries like construction – and health and safety managers need to be aware of new and innovative ways of safeguarding workers. The important thing is that we put preventative measures in place to protect businesses, and the people that are at risk, no matter how small or large the risk or hazard. Providing comprehensive fire safety protection through a fully linked network of detectors and call points, wireless fire alarms provide the most effective and safest solution for construction sites and workers.