Raising the alarm at Scotland Yard

An advanced wireless alarm system from Bull Products is playing a key part in the multi-million pound redevelopment of the Curtis Green Building, the new home for Scotland Yard on the Victoria Embankment, London. 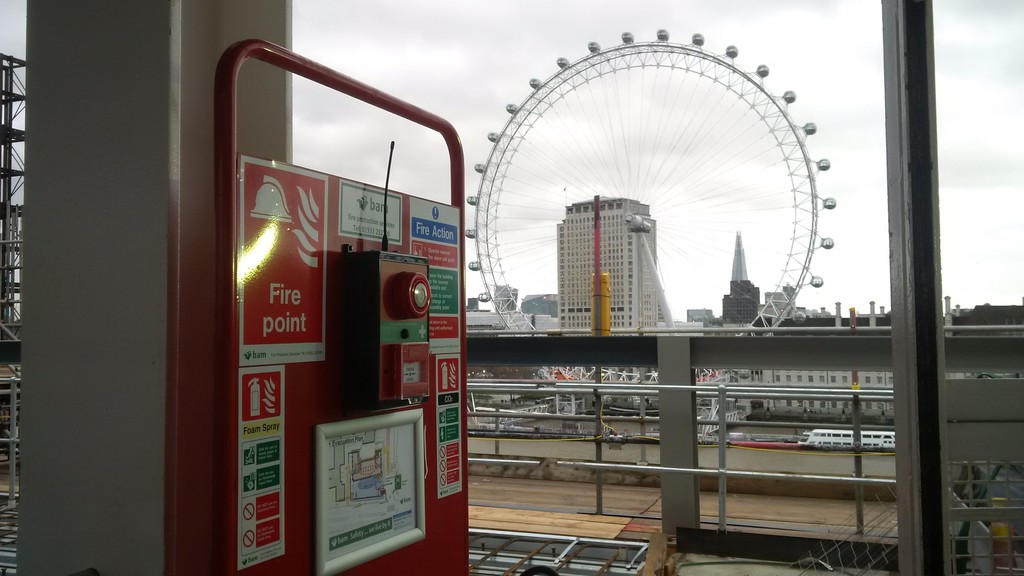 The 1937 building designed by architect William Curtis Green is a neo-classical design and the move to this building is part of the Met’s drive to reduce operating costs. Main contractors Royal BAM Group have been working on the project for nearly two years and the completion date is Autumn 2016. The refurbishment involved some demolition and soft strip of the interior and in the early stages of the project, the alarms fitted were smaller sounder units. It wasn’t long before a more sophisticated and reliable alarm system was required to ensure the health and safety of the construction workforce.

The Cygnus wireless alarm system from Bull Products was selected for the job, and a total of 30 fire alarms and first aid alerts are installed across all the floors, each wirelessly linked to two main Cygnus control units, one in the extension building and one in the security section of the site office.

Andy Lee, site manager for BAM, said: “This Cygnus system has been immensely valuable to us, covering such a large area of the building. The system’s dual functionality for both fire and first aid has been an important element in its choice.”  He continued, “Crucially, these alarms can be heard over the sound of demolition work and so as the project developed the Cygnus wireless system became a necessity.”