Myles Francis shares some common health and safety concerns he sees when carrying out risk assessments for Film and TV projects. 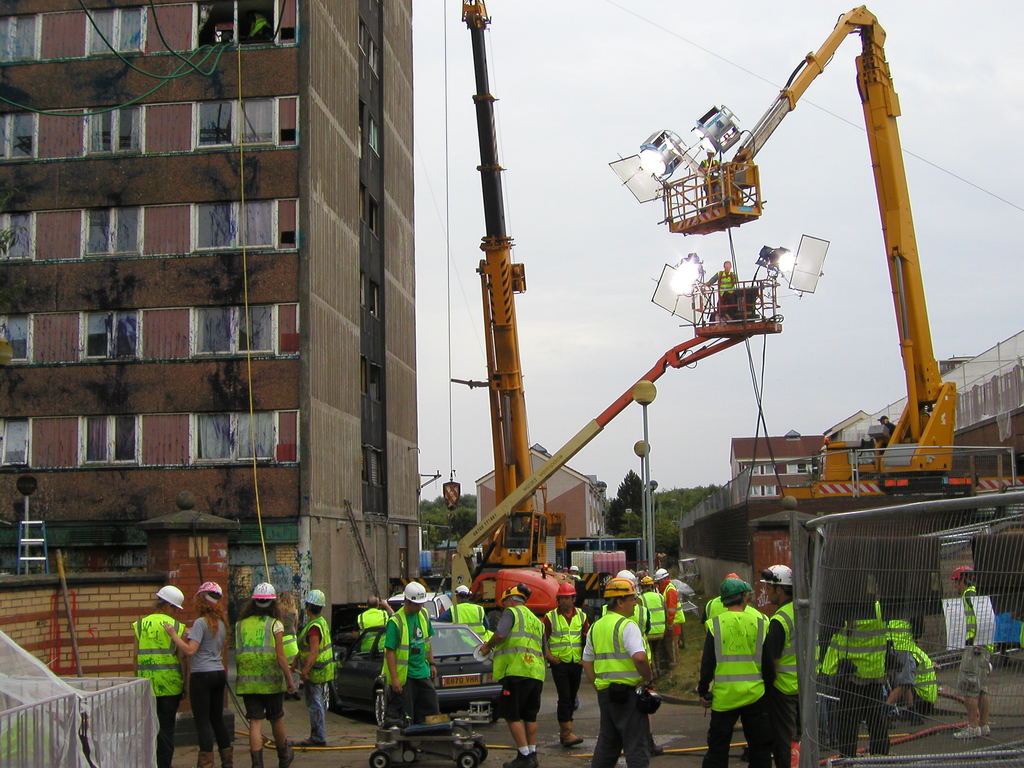 WHAT DO a table saw, a cherry-picker, and a tumble drier have in common? No, that’s not the opening line to a joke; they are actually all examples of items I have seen being used for purposes other than what they were designed for.

This is something that occurs very, very regularly in the world of film and TV, but it also happens to various degrees in most other industries too. Things like the desk standing in for a stepladder, or a knife from the kitchen being used as a screwdriver. We’ve probably all done something along those lines, particularly when carrying out DIY at home, so should we expect the workplace to be any different? The answer is no and yes. No, because people will still find the need to ‘improvise’, and yes because employers should have a culture where employees don’t unilaterally introduce such improvisations and, where there is such a need, they are properly assessed.

One of my first encounters with film and TV production was when I was with the Health and Safety Executive and I was tasked to investigate an accident which had happened in the props workshop of a feature film that was in production. On this occasion a junior prop maker asked for help from a more experienced colleague as she wasn’t sure what equipment to use. Unfortunately, the experienced and supposedly-competent colleague opted for a table saw, which was completely unsuitable for the task at hand. Cutting a long story short, the task ended with the crown guard for the saw dropping onto the blade, where it was ripped from its mounting and flung at high speed into the face of the junior prop maker who was learning how to do the task herself. Or, as it turned out, how not to do the task! She was fortunate to escape with a broken nose and some bruising.

In some cases, the use of equipment for alternative purposes even leads to the manufacturers publishing guidance for these improvised tasks. For many years, the film and TV industry has used cherry pickers to lift lights, diffusers, and related gubbins for use at height. Some of the diffusers are sizeable pieces of kit, measuring up to six metres square. As you can imagine, with a bit of wind behind them, these become a pretty effective sail exerting significant forces on the cherry picker well in excess of the weight of the diffuser alone. This practice became so commonplace in the industry that Genie and other manufacturers produced a supplement to their operators’ manuals to set out how their equipment could be used safely for these purposes.

And it’s not just extreme re-inventions like that which can cause problems. Another case I investigated involved a machine designed for making fresh orange juice and the business wanted to use the machine for squeezing limes. Now, as I’m sure you’re aware, limes are generally quite a bit smaller than oranges and, as a result, they didn’t roll through the machine as easily as oranges did. To address this, the business removed part of the guard, which allowed the operator to manually flick the limes into the reciprocating squeezing mechanism. It wasn’t long before the operator misjudged the timing and suffered a very nasty injury as his hand was crushed in the steel mechanism where an orange should have been.

So, it can be ok to use equipment for ‘inventive’ purposes but, as ever, we need to take the time to consider the safety implications.” But what about the tumble drier?”, I hear you cry! Well, this was used to cook a roast dinner.