CHEMICAL COMPANY LMA Services Ltd has been sentenced for safety breaches after a fire which quickly took hold of buildings and storage areas at the site. 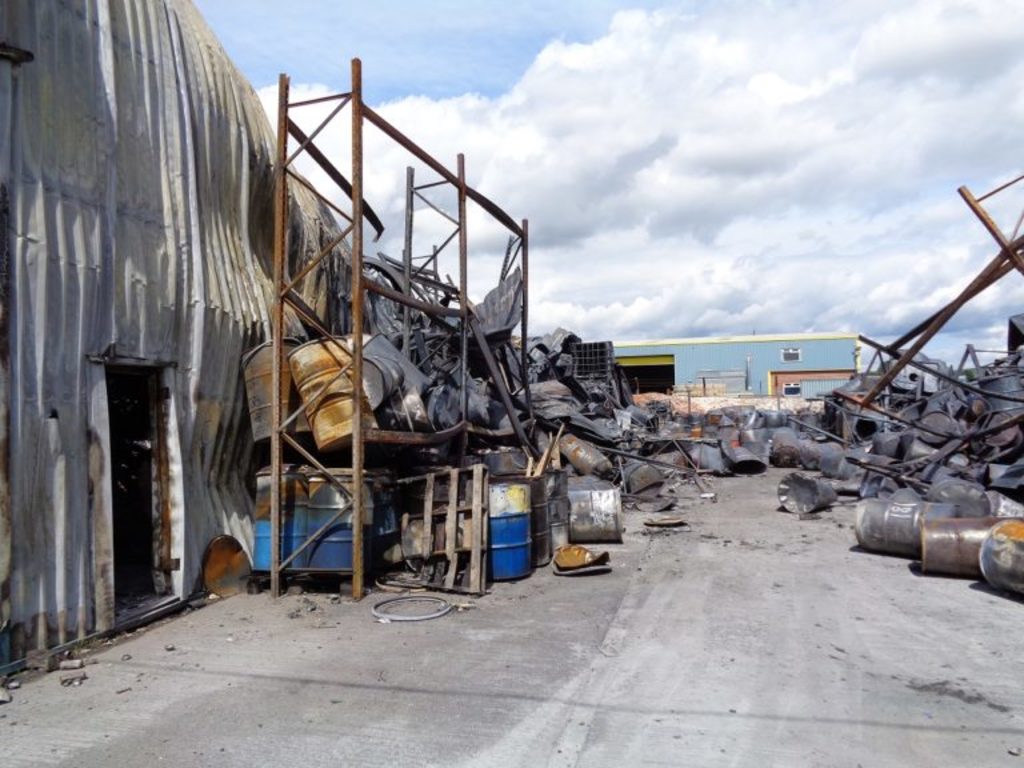 Leeds Magistrates’ Court heard that on 30 June 2016, the fire started during a chemical dispensing operation in a Warehouse on Halifax Way, Pocklington Industrial Estate, Pocklington. Heptane, a highly flammable liquid, was being decanted from a bulk storage container into 4-litre metal cans. The operator dropped the can he was filling, exited the warehouse quickly and raised the alarm. He did not suffer any serious injury. The fire spread quickly and destroyed the warehouse, the adjacent warehouse and an external storage area between the two.

An investigation by the Health and Safety Executive (HSE) found that the process involved placing a bulk container of heptane onto racking at a height of about 1.5m. A table was then positioned beneath the bulk container onto which a small electrical weighing scale was positioned. Metal cans were placed onto the scale and an employee filled the cans by weight by manually operating a tap on the bulk container in the warehouse building.

A flammable vapour created during the process came into contact with an ignition source causing the vapour to ignite. HSE’s investigation found that the most likely source of ignition was a spark from the electrical weighing scales.

LMA Services Ltd of Halifax Way, Pocklington Industrial Estate, Pocklington pleaded guilty to breaching Regulation 6 (3) of the Dangerous Substances and Explosive Atmospheres Regulations 2002. The company has been fined £14,000 and ordered to pay £2,377 in costs.

After the hearing, HSE inspector Dave Stewart commented, “The risks associated with the decanting operation were not fully understood by the company. There were potential ignition sources present within the area where a flammable vapour was likely to occur.