Noise monitoring specialist Cirrus Research has unveiled the doseBadge Mark V with a host of new features added to the market leading product. 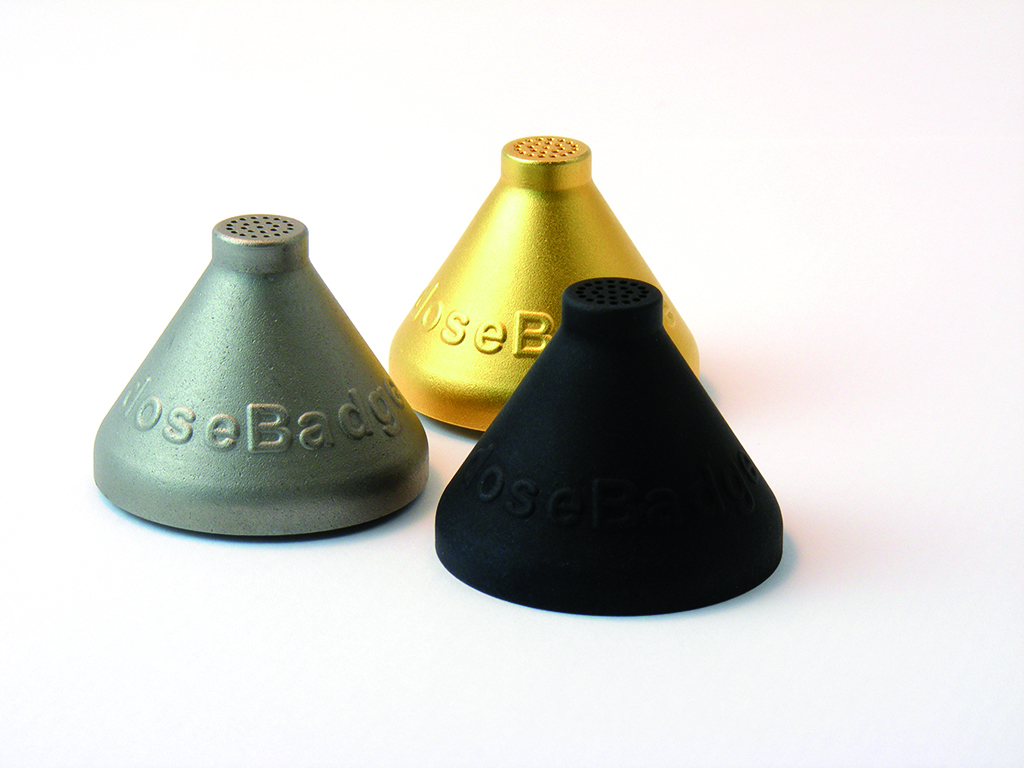 The latest new-look doseBadge has been developed by the in-house R&D team, following on from the doseBadge IV that was introduced in 2007. Its compact size, belies the wealth of future-proof technology that has been included in this latest Cirrus offering.

The new doseBadge arrives in the year that Cirrus Research celebrates 20 years since it brought the very first doseBadge to market – having sold 20,000 units worldwide since 1996.

As well as all the features that help make the doseBadge the market leader it is today, the Fifth Generation promises to include new enhancements to simplify workplace noise monitoring.

Initially designed and developed as the world's first personal dosimeter, the original R&D team set out to create a unit that would revolutionise the industry by eliminating the need for cables, controls and buttons on the product – unheard of at the time. This brought the first real cost-effective solution to the occupational health sector that also cut down on any future damage, repairs, service costs and the potential for tampering.

Here is a brief history of the doseBadge, from inception to present day:

In 1996, Cirrus pioneered the first doseBadge Noise Dosimeter.  The innovative engineering behind the doseBadge has changed the way we look at noise dosimeters worldwide.

1995: THE THEORY OF EVERYTHING (PROTOTYPE)
Our mission was to create a self-contained noise dosimeter with the microphone, battery and mechanics to analyse personal noise exposure continuously. The evolution of the doseBadge began by testing this fundamental idea to see if it was possible.

1996: THE FIRST WIRELESS NOISE DOSIMETER (MK I)
The prototypes proved the theory was possible, so the first production model of the doseBadge went on sale - the world's first wireless noise dosimeter. The original casing was machined from a solid aluminium billet.

1998: EVOLVING THE ICONIC DESIGN (MK II)
Cirrus improved the cone-shaped design of the doseBadge to make it even more durable. The new casings were cast in aluminium and now featured the doseBadge name. The microphone and battery was also fine-tuned to provide greater performance.

2002: IMPROVING THE FUNCTIONALITY (MK III)
The design didn't change but the doseBadge became capable of so much more. It provided 1-minute data-logging allowing for detailed analysis of personal noise exposure. It could also be configured to measure within different Regulations worldwide.

2007: INTRINSICALLY SAFE APPROVAL (MK IV)
The gold casing signifies the doseBadge is Intrinsically Safe for use in highly flammable environments. It also boasted 24+ hours of battery life, two channels for recording data and a host of further enhancements.

2016: THE FIFTH GENERATION IS COMING (MK V)
The result of 20 year's of evolutionary success. The fifth generation of the doseBadge will be available this summer.

James Tingay, Quality & Product Development said: "The doseBadge was truly ground-breaking when we launched to market 20 years ago. Even now, with our fifth generation, we are constantly looking to improve on the hardware and software to make it more user-friendly and fit for any future 21st century applications."