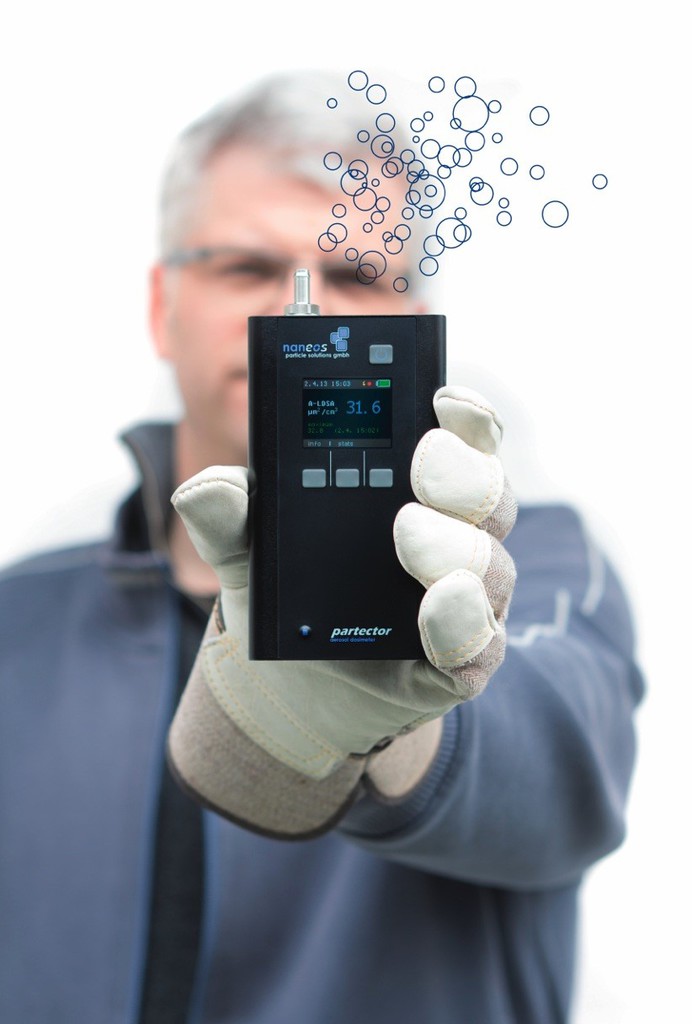 However, from a human health perspective, the particles of most interest are those that penetrate deep into the lungs. For this reason, Air Monitors has launched the Naneos Partector nanoparticle detector in the UK.

The Swiss made Naneos Partector measures lung deposited surface area (LDSA), and is said to be the world's smallest nanoparticle detector. Based on a non-contact electrical detection principle, the Partector is a portable personal air sampler that requires almost no maintenance. The battery powered device provides sampling and LDSA measurements over a range of particle sizes.

Weighing 445 grams, the Partector is commonly employed for workplace sampling, but can be used in any setting; both indoors and outdoors. The instrument features a colour display for live readings and has a high concentration alarm; however data are stored on a removable SD card.

A second version has a sample port for collecting nanoparticles onto standard Transmission Electron Microscopic (TEM) grids for later analysis. For inhalation toxicology studies, an OEM version allows for an external pump and real-time data to control nanoparticle exposure.