Director of the year

John Gill, managing director of UVEX SAFETY (UK), has scooped the prestigious Director of the Year award at the black-tie annual Toast of Surrey Business Awards ceremony held in Woking. 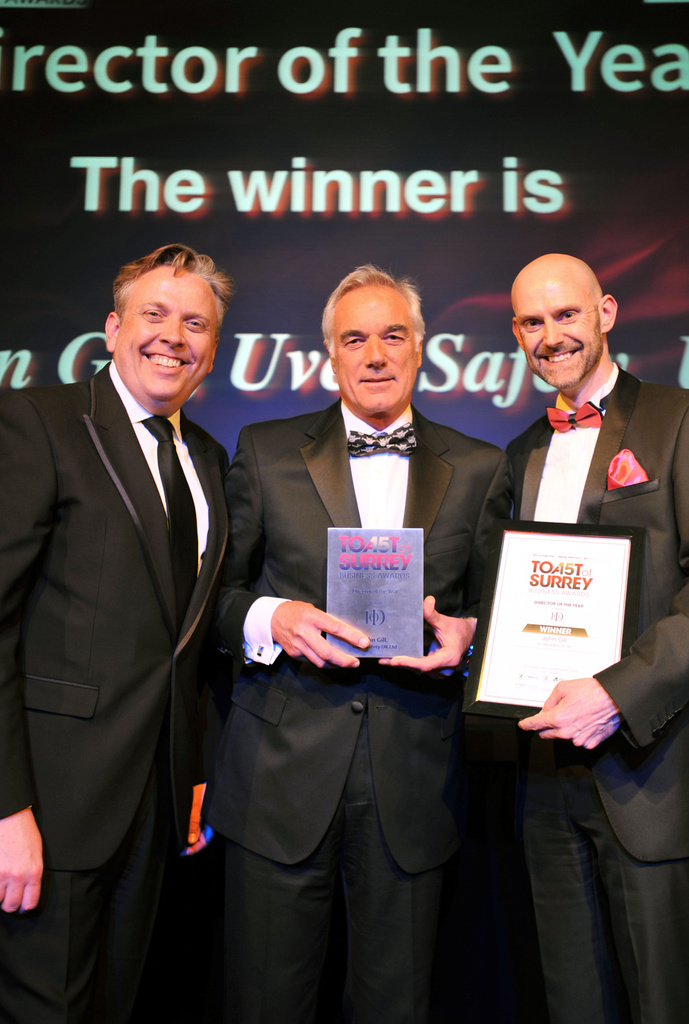 This award, sponsored by the Surrey Institute of Directors (IoD), acknowledges the role John has played over the last 17 years in leading and developing uvex, building a culture of organisational excellence, honing strategy and achieving sustained commercial success in the competitive and increasingly complex personal protection equipment (PPE) market.

Robert May, chairman of the judges, said: "What stood out for us was John’s vision, his strategic thinking, his passion for developing his people and the culture within uvex, which ultimately has increased sales and profitability."

John commented: "This is clearly an extremely prestigious award that I am very honoured to receive on behalf of both uvex and my entire team, who have made an enormous contribution to delivering the success of the whole business. Our people are fundamental to our achievements."