Countless families have been ripped apart by the actions of drivers ‘under the influence’ who have taken to the roads when they were in no fit state to do so. Now new roadside drug testing aims to tackle the problem head on. Steve Wilkinson, a former police officer, now law enforcement specialist at international safety specialist Dräger, looks at how these new measures could also impact on businesses. 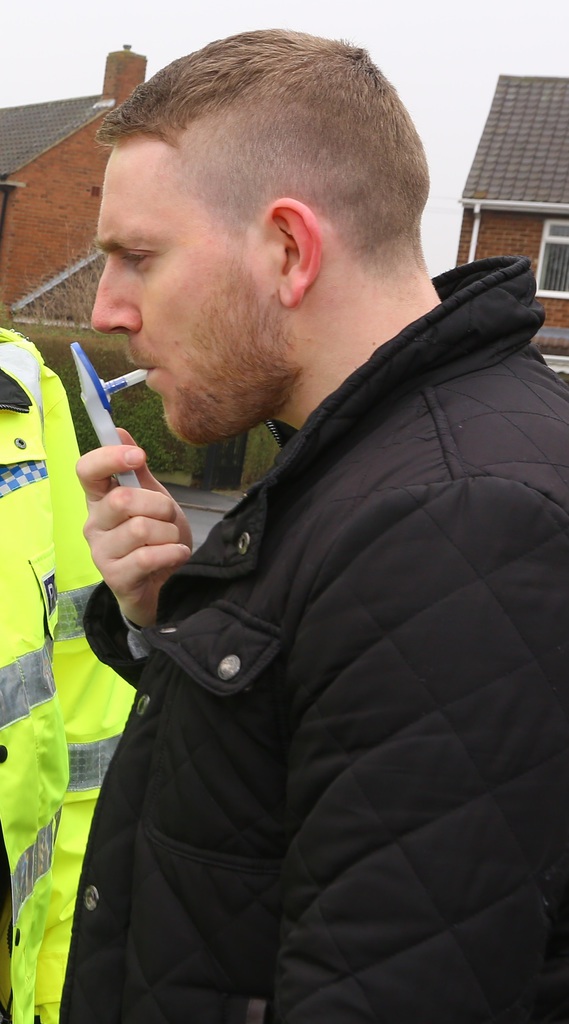 With the introduction of new legislation for roadside drug testing now in force, it is clearly focusing employers’ thoughts on safety in the workplace – especially in light of statistics, which reveal a quarter of UK workers have openly admitted to working while intoxicated.

Substance misuse is thought to cost the UK economy billions of pounds a year, so it’s no surprise that at Dräger, we’ve already received many enquiries from employers, particularly those in the transport and logistics sector, with regards to implementing drug testing measures.

Drug misuse can be a major problem for businesses that can lead to rising absenteeism, reduced productivity as well as an increased risk of accidents.

Dräger’s DrugTest 5000 is one of only two drug testing kits approved by the Home Office for testing cannabis and cocaine use, so it will have an important role to play in reducing the number of drivers under the influence of drugs on our roads. The real time technology uses a mouth swab from alleged offender to test for signs of cannabis. Unlike a blood test, a doctor doesn’t have to be called to provide a sample.

Employers in the UK need to ensure they have the correct policies in place, that may include testing procedures, which are seen as best practice in all industries. The dangers of an employer not having a policy in place is that if someone is killed by an employee who is driving for work purposes while impaired, it’s possible that, as well as the driver being convicted, there could be a case under the Corporate Manslaughter Act (2007, c.19) if an organisation can’t show it had any policies in place for preventing people driving while under the influence of drugs or alcohol.

Workers and employers need to be aware of the dangers of these tougher penalties.

There are many parts of a business where increased risk can be greatly detrimental to a company. This includes those working in safety critical roles such as HGV drivers, to employees working at height, such as crane operators, and people in senior management and finance.

Research by the Chartered Institute of Personnel and Development shows that drugs and alcohol are a contributory factor in 26% of the workplace accidents that cost the UK more than £4 billion a year.

While firms are obliged under the Safety, Health and Welfare at Work Act, 2005, to provide as far as is practicable, a safe place of work, they should be mindful of these obligations – especially for employees who drive, operate machinery, or come into contact with the public.

In one study, more than one in five drivers killed in road traffic accidents was found to have some drug substance in the bloodstream. The most common drug traced was cannabis, which can remain in the blood for four weeks although the effects fade within hours.

Having a testing procedure that includes a balance of education and awareness, coupled with unannounced random testing, is the best way forward to safeguard against liability and ensure safety on site is also maintained.

The new drug driving rules mean that UK police forces now have the ability to test for drugs in saliva on the roadside – with real time results. Employees caught with certain controlled drugs in their system could face fines, a driving ban or even a jail term.

This leaves employers to pick up the pieces, both in terms of cost and damage to brand reputation. Introducing a drug and alcohol policy into the workplace could help employers identify potential problems before they escalate.

A world leader in drug testing

Britain is a world leader in carrying out widespread drug testing and in the UK and Dräger’s drug detection equipment has Home Office type approval for the testing of both cannabis and cocaine in both a custodial and roadside setting, after undergoing rigorous testing at the Home Office’s centre for applied science and technology.

Further developments are being made to detect other drugs which could impair drivers. Other drugs will also be added once the Home Office advises the specific cut off points.

Before introducing a drug and alcohol testing policy, we would recommend employers consult with their workforce or union to get staff buy in at all levels. Employees need to understand and support their employers’ rationale – equally, they should have the medium to long term benefits and effects of a policy to them as individuals, fully explained.