Megan Hine explores the significant advances in wireless gas detection and monitoring in the oil, gas and offshore sectors 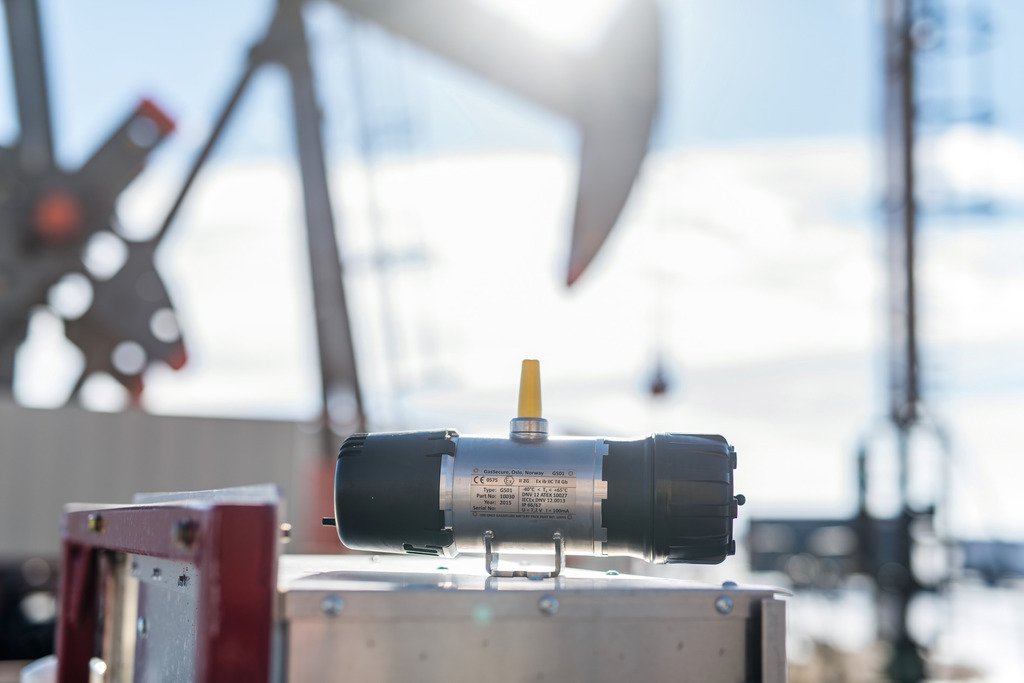 GAS DETECTION and monitoring has long-been a key consideration for businesses operating in the UK’s oil, gas and offshore sectors. But despite increasing attention by the Health and Safety Executive, which made reduction in the risk of offshore hydrocarbons a priority in its 2019/20 Business Plan, and by industry, there has arguably been relatively little innovation in the space.

Until now, that is.

Wireless technology may have become ubiquitous in most people’s lives for quite some time, but it’s only relatively recently (the last six or so years) that it has become a viable option for gas detection and monitoring for the oil and gas sector. The reasons for this coming of age are, broadly, split into two key areas.

Firstly, industrial wireless technology has seen significant advances in recent years. While the early adoption of wireless gas detection developed a poor reputation for patchy coverage and unreliable connections, data communications are now guaranteed; a crucial component for effective wireless monitoring systems, and one which allows for detection of gas to be communicated reliably and in real-time using an ISA 100 industrial wireless system.

It is important to distinguish between industrial wireless (802.15.4) and domestic Wi-Fi (802.11). For a safety-critical system such as a gas detection system, fast communications must be guaranteed. The ISA 100 network is designed to send small packages of data (less than 10 characters of a text message) quickly and reliably, contrasting domestic Wi-Fi which is designed to stream large amounts of data but without the need for guaranteed speed and connection (‘buffering’ anyone?). The ISA 100 network works across 21 low bandwidth channels at a 2.4GHz frequency and operates a ‘listen before talk’ principle, automatically selecting a quiet channel on which to transfer the data. There is also the ability to blacklist certain channels which have heavy traffic from other devices as well as “tunnelling” of foreign protocols through the network to integrate safety protocols. ISA 100 operates on contract based communication; uplink and downlink communication guarantees quality of service through limits for bandwidth, latency, and priority.

Secondly, device power consumption has considerably improved in recent years. Some of the advances in this area have been step-change reductions (in some cases by orders of magnitude), and this has been critical in offsetting more power-hungry functions which have otherwise advanced device functionality. The result is that battery life has improved substantially, with certain devices on the market guaranteeing up to two full years’ battery life, compared to only a few months in the early days, without compromising on features or response time.

In recent years, the wireless portfolio has expanded to allow even more flexibility when it comes to installations. Wireless routers can now have up to four years’ battery life and allow for even greater distances to be covered with wireless infrastructure by ‘hopping’ the signal of multiple devices.

The cumulative impact of this, and other minor, innovation has been significant, and importantly, comes at a time when many legacy (wired) gas detection installations are now desperately in need of updating. Flexibility is the most important factor to consider when it comes to wireless gas detection; Innovative solutions are in abundance with out of the box thinking.

Two or three decades after the UK’s first wired gas detection devices, both the technology and key drivers for monitoring have evolved. Environmental issues related to methane detection could soon rank alongside ongoing safety concerns around explosion risk etc, and standards around coverage and numbers of devices have also changed. Often, it is the inflexibility of hard-wired networks to respond to these sorts of changes, plus the vast costs involved in replacing cabling, that is now prompting operators to explore wireless alternatives. To prove the flexibility of wireless gas detection, it is now possible to rent a compliant fixed gas detection system for short-medium term coverage. This can act as a low cost, low risk option to allow a site to ’trial’ wireless detection and assess its suitability as a long term solution.

The ability to do away with the miles of cabling, which often has a life span of just 10-15 years, is a major advantage of wireless technology. Although the outlay for a wireless device may initially be higher, when the saving on cabling alone can be three times the cost of the wireless device, it’s not a hard decision.

Flexibility is another key advantage – if for any reason a device is found to have been ineffectually-placed, or a new device is required, there is no need for new and potentially disruptive groundwork or cable re-routing. Furthermore, it is possible to expand an existing gas detection network by retaining a ‘hybrid’ system of legacy hard wired devices and adding new wireless devices to suit. One example of an innovative solution is to replace an existing hard wired point gas detector with an access point (this can be achieved using existing analogue cable by using a media converter at each end), then locate a wireless gas detector directly next to the access point to replicate the lost point detector. From there you can expand your gas detection system wirelessly without having to run a single cable. This ‘piggybacking’ approach of adding wireless on to an existing hard wired system to achieve a hybrid system is often the most cost effective approach for brownfield sites looking to reduce costs and increase safety.

One of the final – and perhaps most substantial – advantages of wireless technology is the fact that no site downtime is required. Wireless devices are intrinsically safe, a by-product of the lower power consumption required to make them wireless, so can be installed on live sites, offering a huge additional cost saving.

Challenges in implementing the technology do remain; and arguably the key barrier to adoption remains education and changing the poor (but now outdated) perceptions around the technology, which still persist. As systems become more common, and early adopters become experts, this perception lessens with every wireless success story. Wireless detection is now present across the globe in some of the toughest environments, from harsh North Sea conditions and Arctic installations in Alaska, to remote extreme humidity installations in Malaysia and the intense heat of the Middle East. Wireless gas detection has proved itself in almost every condition imaginable.

Despite these challenges however, the significant savings (reports of 60-80% overall savings are not uncommon) are contributing to an accelerating pace of adoption. As I write, the largest wireless gas detection network ever seen in the North Sea is being completed, which will employ 120 wireless devices across a remote seven square mile site. There is little doubt that this sort of project will become more commonplace as greater awareness develops and the full potential of the technology is realised.