A TEESIDE-based company has been fined £36,000 for illegally depositing waste following a successful Environment Agency prosecution. 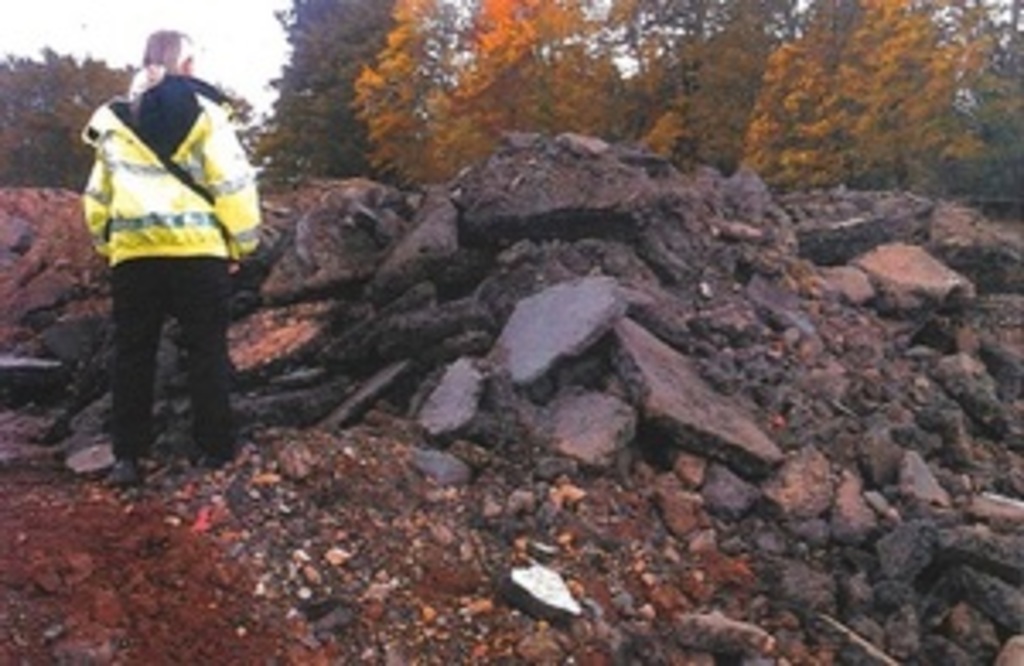 Appearing at Teesside Magistrates’ Court on Monday, 7 December, haulage and waste management company Scott Bros Ltd pleaded guilty to offences relating to the illegal deposit of waste on the site of a former landfill outside Thorpe Thewles, Stockton-on-Tees.

In 2017 a landowner approached Scott Bros Ltd to raise and level a 2.5 hectare field off Durham Road with inert soil and stone to improve its use for grazing.

However, after obtaining conditional planning approval from Stockton-on-Tees Borough Council in May 2018, the company failed to apply to the Environment Agency for an environmental permit, which is designed to protect people and the environment, before starting the work.

Prosecuting for the Environment Agency, Chris Bunting told the court that the land’s previous use as a landfill meant that a specific environmental permit application needed to be made so that the site’s intended use could be monitored.

When responding to a report from a member of the public in November 2018, Environment Officers discovered that almost 4,000 tonnes of material had already been illegally deposited on the land.

Photographs showed that waste contaminated with plastic and metal had been deposited along with bricks and disused road planings, which had to be tested to ensure they were not hazardous.

Scott Bros Ltd were immediately told to cease operations at the site so it could be investigated. The company produced paperwork showing the origin and details of the waste that had been deposited, but enquiries with other companies revealed that considerably more lorry loads of material had been transported there.

The type of environmental permit which was required is the type already held by Scott Bros Ltd for five other sites in the North East. The court agreed the company had acted recklessly, and had stood to gain a significant advantage over a lawfully operated site.

John Crowl, Enforcement Team Leader at the Environment Agency in the North East, said, "This case demonstrates how seriously we take waste crime and the tough penalties in place if operators do not abide by the law. Not only does waste crime damage the environment and have a negative impact on communities, but it undermines those operating legitimately.

"As an experienced company which already has a number of environmental permits, Scot Bros Ltd knows the process involved in applying for a permit and the reason why it’s so important to protect the environment."

In mitigation, the court heard that Scot Bros Ltd had a previously unblemished regulatory history. During interview a director had said that the failure to apply for a permit had been an oversight, and that the company had “jumped the gun”. But the court was told that the company mistakenly didn’t think it actually needed a permit for this particular site.