You might have heard that Apple has released a handy new app in its latest update to the WatchOS platform. Wearers can now track their noise exposure throughout the day, receiving real-time alerts when their environment is too loud. 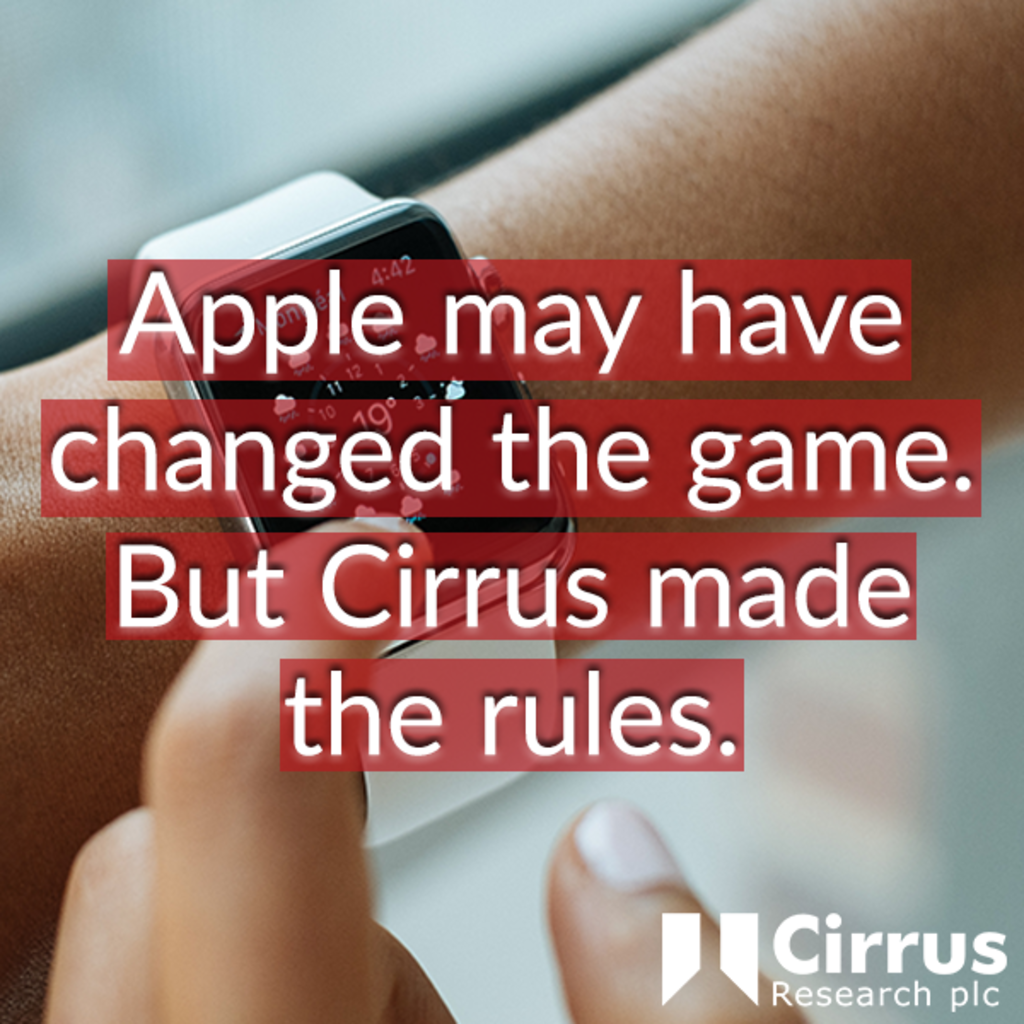 As one of the world’s leading acoustic measurement specialists, we like to keep up-to-date with developments in the market. Even though we already knew this app was in the works, we still tuned in to see its announcement on 10th September – along with the millions of dedicated Apple fans from around the world.

Apple is well known for creating genuinely life-changing technology, which many people claim began with the launch of the iPod in 2001. Since then, it has driven the mobile phone market to a point where nowadays, phones are seen as an extension of our very being. As a master of expanding markets, we have no doubt Apple’s development of this app can only be a good thing. Of course, there is no substitution for scientific instrumentation like the equipment we make, which is designed to measure a massive spectrum of sound in precise detail. However, the advent of this app will drive a more comprehensive appreciation of the harm that high noise levels can have on people’s health and wellbeing. Raising awareness of this was one of our fundamental founding principles back in 1970.

So, let’s have a look, shall we? Getting hands-on with the Noise app.

Starting the app is nice and simple, in true Apple fashion. As it’s native to Apple Watches (Series 1 onwards – for those of us that have the very first generation of Watch, we’re out of luck), it works as seamlessly as long-standing wearers will have come to expect. Its interface is clear and easy-to-understand, with a helpful introduction that explains how the app works and what the different noise levels mean for your hearing.

We’ve seen warnings about hearing health on smart technology before; turn the volume on your phone up when wearing headphones and you’ll notice the bars change colour. However, this new app isn’t limited to when you’re enjoying the latest tunes. As you wear your watch throughout the day, it’s always listening to the ambient noise levels, checking to make sure that your hearing is kept safe.

That’s the impressive thing about this app: it’s not one of those apps where you have to have it open to get it to work. It provides real-time alerts for when your hearing is potentially at risk, in the form of haptic feedback or a visual warning.

How do they compare? The Apple Watch vs the doseBadge

It’s difficult to estimate precisely how many doseBadges are out there in the world, but we reckon it’s definitely more than 20,000! Not quite as many as the 22.5 million Apple Watches that were shipped last year…

When comparing the two devices, there are a few key things to consider. Firstly, there’s the durability. Remember, the doseBadge survived a trip through a stone crusher and being driven over by a two-tonne pickup truck; it’s a tough little piece of kit! Over the years, smart technology has fallen foul of criticism about its ability to take a knock or two. As materials improve and build quality gets better, it’s becoming less of an issue. Although it’s still unlikely the Apple Watch could survive what the doseBadge has. Sorry folks.

Then there’s the more critical issue of legislation compliance. I know: talking about regulations isn’t the most exciting thing in the world, but it’s what all our equipment is designed for. The doseBadge meets the Control of Noise at Work regulations and industry-specific standards, which means you’re guaranteed to get more accurate noise data. As an avid Apple user myself, I can say that the quality of their kit is unrivalled by many in the industry, which probably explains the hefty price tag on everything. With that said, it’s highly unlikely that Apple products meet the same acoustic standards that our plucky little doseBadges do.

Regulations state that a noise dosimeter should be calibrated every year by a professional laboratory, and at the start and end of every measurement. It’s dead easy to calibrate one of our doseBadges; less so for the Apple Watch. The internal microphone can’t be accessed for calibration and if we know anything about microphones, it’s that their accuracy can fluctuate over time, hence the need to calibrate.

Although both pieces of tech are wearable, where they’re worn makes a difference. The doseBadge is designed to be worn on the shoulder close to the ear, so it can capture the noise levels as experienced by the wearer. With the Apple Watch on someone’s wrist, noise levels will read differently than what is actually experienced in the ear. So, your readings may not be all that accurate.

When comparing the doseBadge with the Apple Watch, there’s not much in the watch’s favour. I mean sure, it looks funky, but it just can’t compete with the doseBadge in terms of its applicability to the health and safety industry.

So, what do we think? Our thoughts on the Noise app.

Taking everything I’ve already said, I think it’s fair to say that the Apple Watch isn’t attempting to be a replacement for a noise dosimeter like the doseBadge. Of course it isn’t going to be as accurate as the “real thing”, but it’s not trying to be. And what it does successfully is so important. It raises awareness of noise and hearing health to a whole new swathe of people who have probably never considered it before. That’s huge.

I’ve spoken to several people here at Cirrus, and we’re all in agreement that this app is superb. We’ve been in the industry for almost 50 years and know how damaging noise can be. Whether it’s hearing loss or other health conditions like cardiovascular disease and depression, it can have such a negative impact on people’s lives. Trying to convince people that they need to look after their hearing isn’t as easy as convincing someone to buy an Apple Watch. But now Apple has created this app, noise and hearing health is going to be in the public’s mind far more than it ever has been, and from where I’m standing, that can only be a good thing.

Awareness surrounding hearing health is on the rise. There have been several high-profile cases in the last year that have highlighted the impact that noise can have on someone’s health. Additionally, February ’19 saw the World Health Organisation produce guidelines that outline a standard for safe listening on mobile devices. Included in these guidelines is a recommendation that users should have the ability to limit the maximum volume level when listening through their headphones, something which has been available on smartphones for a while now.

This most recent development from Apple goes hand-in-hand with what Cirrus has been doing since its inception. We exist to help organisations limit their impact on people’s hearing, health and wellbeing in easy-to-use and straightforward ways that challenge the rest of the market to change the way they do things.

Hats off to you, Apple. When it comes to noise, you’ve clearly taken a leaf out of our book.