FLTA reveals its Pick of the Year

On 4 March the materials handling industry’s most accomplished movers and shakers gathered at Telford’s International Centre to discover who would be taking home its most prestigious honour: an FLTA Award for Excellence. 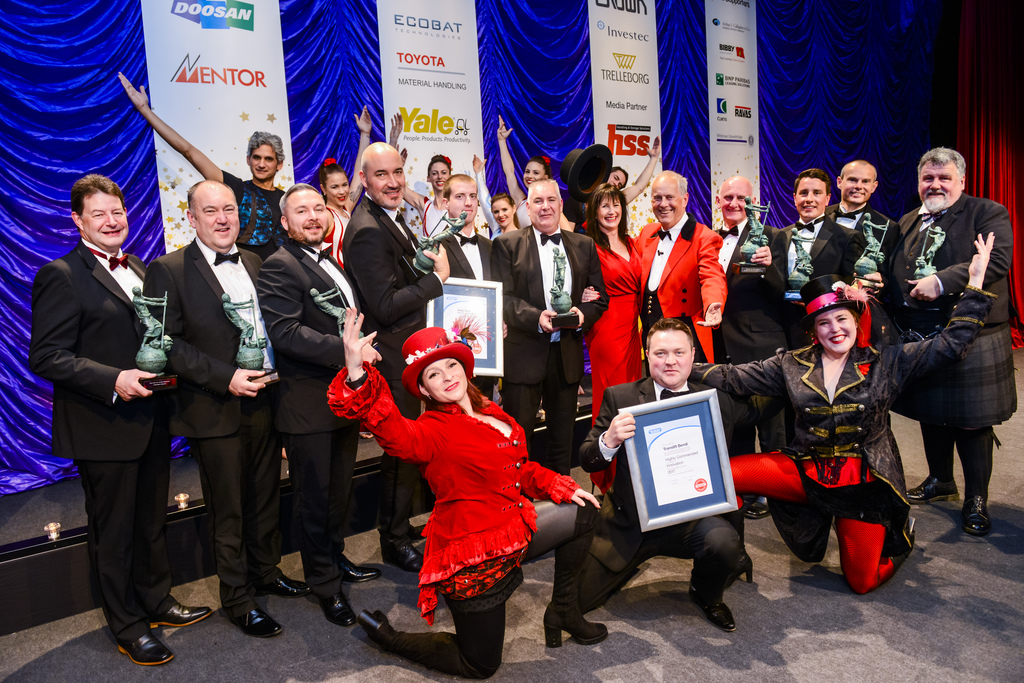 Some of the evening’s warmest applause was received by individual winners. Young engineer Robin Klein of Klein Handling Systems won the first Award of the evening: Apprentice of the Year, and Mike Barton of B&B Attachments was recognised for his half-century of devotion with the Services to the Fork Lift Truck Industry Award.

The Association also revealed the 14th recipient of its Lifetime Achievement Award, with this year’s honour being bestowed on David Rowell of Hyster, who, most recently, played an instrumental role in the formation of F-TEC.

The Archie for Supplier of the Year, decided entirely by the votes of FLTA Members, went to Industrial Battery and Charger Services. Meanwhile, highly praised customer service and teamwork saw Acclaim Handling claim the inaugural Dealer of the Year trophy.

The FLTA Board said it was hugely impressed by the wide field of entrants in this year’s Safe Site category. Winner Unilever was recognised for significant improvements to its fork lift truck safety that have resulted in zero forklift incidents in three years. Entries from fellow Finalists Airbase Interiors, Communisis, Hall and Woodhouse, Mitsubishi Electric Air Conditioning Systems Europe, and Rowlinson Knitwear were all highly commended.

The FLTA Awards has served as a ‘Pick of the Year’ for the materials handling industry’s best products and services since 1995. It was established to encourage and reward those striving to raise standards.

Peter Harvey, FLTA chief executive, said: “This year’s Awards raised the bar once again. It was an absolutely fantastic night and I raise my hat to all of our fantastic winners. There was a lot of stiff competition, so to break through such a strong pack is worthy of praise. Just being named a Finalist in these categories is an achievement in itself.

“Indeed, all our Finalists are worthy of recognition. These are the men and women driving our industry forward and building a safer, smarter future. Through their efforts, they contribute to making operations safer, more efficient, and more environmentally friendly for generations to come."