How the EN388 revision will help suppliers

A revision to the EN388 standard for gloves giving protection from mechanical risks, including cuts, will increase the accuracy and reliability of cutting tests on higher resistance materials. The revision, which is likely to be published around the middle of 2016, has been welcomed by DSM Dyneema. 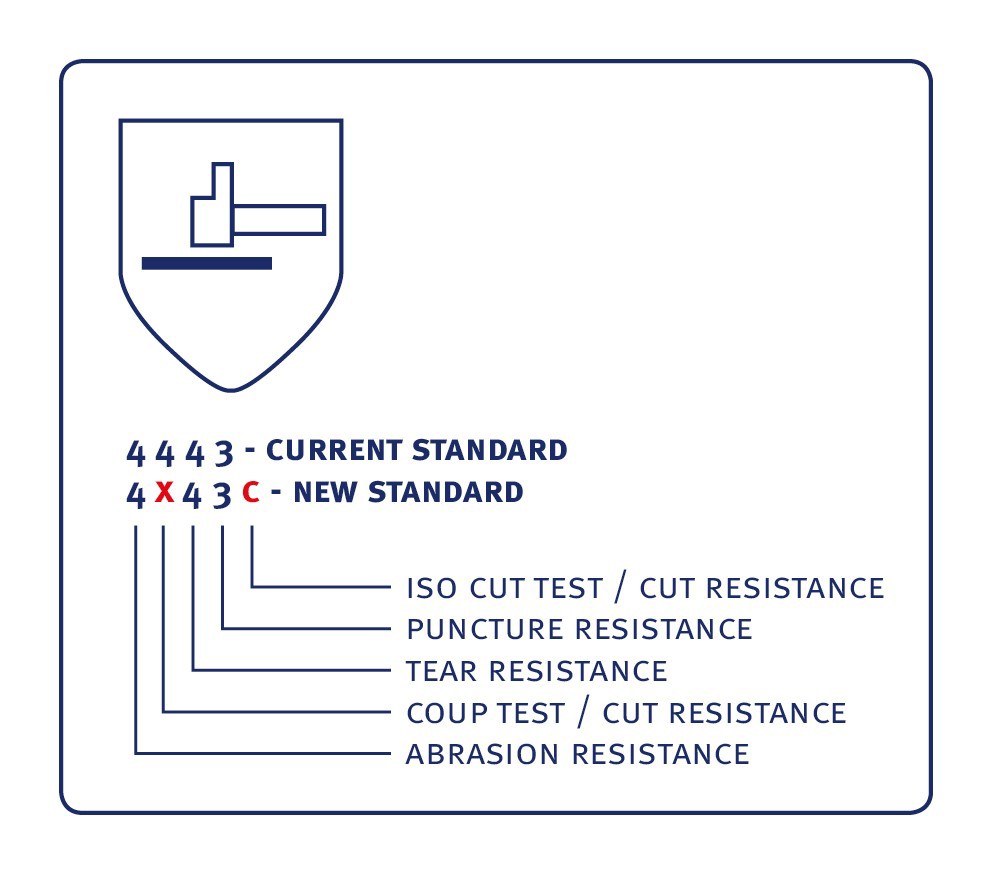 DSM Dyneema, which has built up considerable experience and applications know-how relating to high performance cut-resistant gloves, believes that EN388 2016 will help glove specifiers and users choose the products best suited for their needs. DSM Dyneema is an active member of the Technical Committee charged with revising EN388.

EN388, which is the de facto standard in most parts of the world, details test procedures that enable laboratories to classify protective gloves according to their resistance to cutting, abrasion, tearing and puncturing. Since it was last revised in 2003, advances in materials used to make high quality cut-resistant gloves have created the need for modifications to the cut test, in order to accurately measure the increased safety that they provide.

In its present form, EN388 describes the Coup Test method for assessing protective gloves with a very wide range of cut resistance. In this test, cut resistance of a sample taken from the glove is measured by a rotating circular blade, similar to a pizza cutter, moving back and forth over it with a constant force until the blade cuts all the way through. The result is expressed on a scale from 0 to 5, with 5 indicating the highest resistance. This number is known as a 'Cut Level'.

This test runs into problems when testing high performance materials such as Dyneema Diamond Technology, as well as glass and stainless steel fibres, all of which have a dulling effect on the blade during the test. In some cases, the blade may in fact not be able to cut through the material at all.

EN388 has therefore been revised to include modifications to the Coup Test - with specifications, for example, on when the blade needs to be changed - as well as the inclusion of a second test, the ISO Cut Test, which is specified in EN ISO 13997 (this is also known as the TDM test). This second test is already included in the current version of EN388, but only as a voluntary complement to the Coup Test. But in the 2016 version of EN388, it will have to be used on materials with high cut resistance. The Coup test will continue to be mandatory for less resistant gloves, for which the ISO Cut Test will remain voluntary.

Instead of using a blade under a fixed force travelling a variable distance, the ISO Cut Test uses a (flat) blade travelling a fixed distance under a variable force. It is designed to better simulate an accidental cut or slash with a sharp object. DSM Dyneema says scores that gloves achieve under the ISO Cut Test should be more indicative of performance in real-life situations than those achieved with the Coup Test. Furthermore, results obtained are more consistent and less dependent on the testing laboratory—and so more reliable.

Cut resistance levels measured according to the ISO Cut Test will be indicated by a series of letters from A to F, with F indicating the highest level of cut resistance. This is intended to avoid any confusion with numeric ratings given with the Coup test.

DSM Dyneema expects that gloves in future will fall into one of four categories according to cut performance:

Judging by DSM Dyneema’s experience, most of today's cut resistant gloves will perform at the B or C level. The company advises glove users to consult with their suppliers to ensure that they obtain the right gloves for their purposes.

Gloves tested according to EN388 2016 will be labelled with a pictogram, clearly indicating which cut resistance test has been used to classify the glove. Next to the number from 0 to 5 obtained from the Coup test, there will be a letter from A to F showing the value obtained from the TDM Test. DSM Dyneema however recommends the use of an X rather than a digit with reference to the Coup Test for gloves made with dulling materials. “Continued publication of the numeric scores may confuse end users and possibly provide them with inaccurate information regarding the performance of the glove,” noted Olivier Boubeaud, global segment director, high protective textiles for DSM Dyneema.

Dr Jean-Claude Cannot, who chaired the Working Group 8 of the CEN TC 162 Technical Committee charged with revising EN388, added: “As soon as the newly revised standard is published, test houses will only be able to continue using the old standard for a further six months. We are informing all interested parties of the changes, so that glove makers can begin using the ISO Cut Test where appropriate as soon as possible.

“Our main aim is to ensure that protective gloves are tested properly and that glove manufacturers provide users with the most accurate information about the safety performance of their gloves. The changes to EN388 will help make this possible.”