This year's A+A trade show in Dusseldorf was a success for Centurion Safety Products. According to the company, its Nexus safety helmet stole the show with its modular design and futuristic styling. 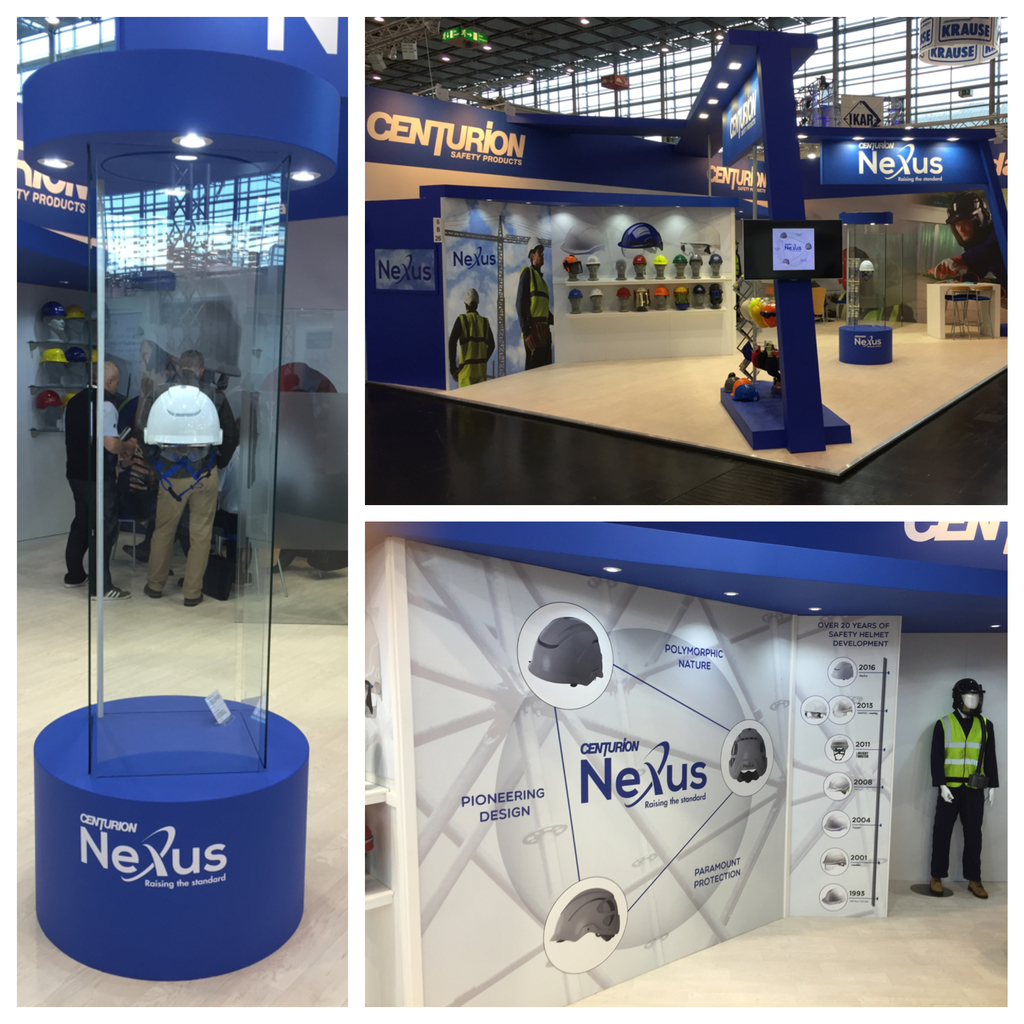 The Nexus was displayed on a 360 degree rotating, floating, LED lit, centre piece on the modern Centurion stand.

A spokesman said: "We had a great four days and enjoyed the chance to meet customers, both existing and new. We look forward to further enhancing our current relationships and developing new ones over the months to come.

"For those of you who could not make it and view the introduction of the new Nexus safety helmet, get in touch with our team to discover how it will help protect workers across multiple continents and provide approvals to a broad range of global standards."

More information on the Nexus safety helmet will be provided in the lead up to its official launch in 2016.