Being seen to be safe 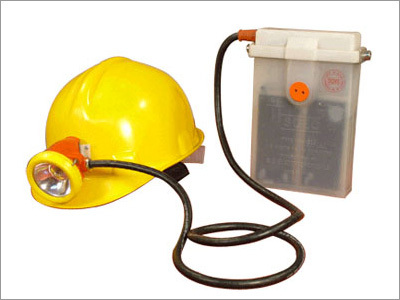 Why would you want a reflective helmet? Does your head need to show up? We have become very familiar with all manner of people and tradespersons wearing high visibility clothing to the extent that those not wearing high visibility are now more visible because they stand out from the crowd.
One would not suggest that we should dispense with wearing high visibility but we have to find someway of making the wearer that much more visible and stand out from the crowd. We need to get to that next level, the next level in multi discipline PPE. With Evolite CR2, JSP has taken the helmet from being passive head protection, that is if something happens will give protection, to a truly active item of PPE, indicating the wearers presence. In doing this JSP have moved the helmet up the Hierarchy of Control Measures. Usually PPE should be the last resort, CR2 moves the helmet up the hierarchy by seeking to remove the hazard of not being seen.
So JSP has added retro-reflective material to an area that we feel has not been effectively covered before.
Head first into danger? What is the first part of your body that you put into danger when checking on a hazard? First you need to assess the hazard, how do you do that? In military parlance, the MkI eyeball is the most effective observation tool. But to get that eyeball into position to assess the hazard you have to put it's holder, your head, into danger.
Take for example a road surfacing contractor entering the workzone from between two tarmac lorries, you may well argue that the he/she should be entering from a different direction, but the first thing you hope they are going to do is too look for oncoming plant, so the head is stuck out into the traffic path of other on site plant. With the addition of the CR2 Reflective Pack a high level of conspicuousness is given to the wearer of the helmet. Any oncoming vehicle will immediately see the wearer in their headlights before the high visibility clothing even comes into view. It is therefore suitable for safety helmets in a range of hazardous environments where it is essential for workers to be seen, such as construction, civil engineering, mining, motorways and offshore.
Helmets with silver paint, supposedly reflective paint and labels have become a common sight, but arguably none of these have ever had a particularly good performance. A silver band can be striking in daylight but what does it do when it gets dark? Not a great deal. With The Evolite CR2 we have a helmet that truly stands out from the crowd. Why is it called CR2? This comes from the retroreflective performance of the highintensity reflective material which conforms to Class R2 of EN 12899-1, the same specification as used on motorway signs, and gives a significantly higher reflectivity performance than the reflective strips normally used on EN471 high-visibility clothing. With the relatively small size of the head in comparison to that of the wearer's body a higher level is needed The reflective material can be applied to all sides of a helmet, giving 360 degree reflective coverage, as well as on the top of the helmet to improve visibility from above, vital for workers such as crane operators.
Visibility of workers is critical for a safer working environment and its importance cannot be overstated, especially where the individual may be exposed to operators of heavy equipment or vehicle drivers.
Matthew Judson is the respiratory & technical support director at JSP.
MORE FROM THIS COMPANY