Rory Underwood - a man of priorities

Rugby legend and former RAF jet pilot Rory Underwood is set to make waves in the health and safety arena, having joined Alcumus as development director. Chris Shaw asks Rory for his thoughts on the industry. 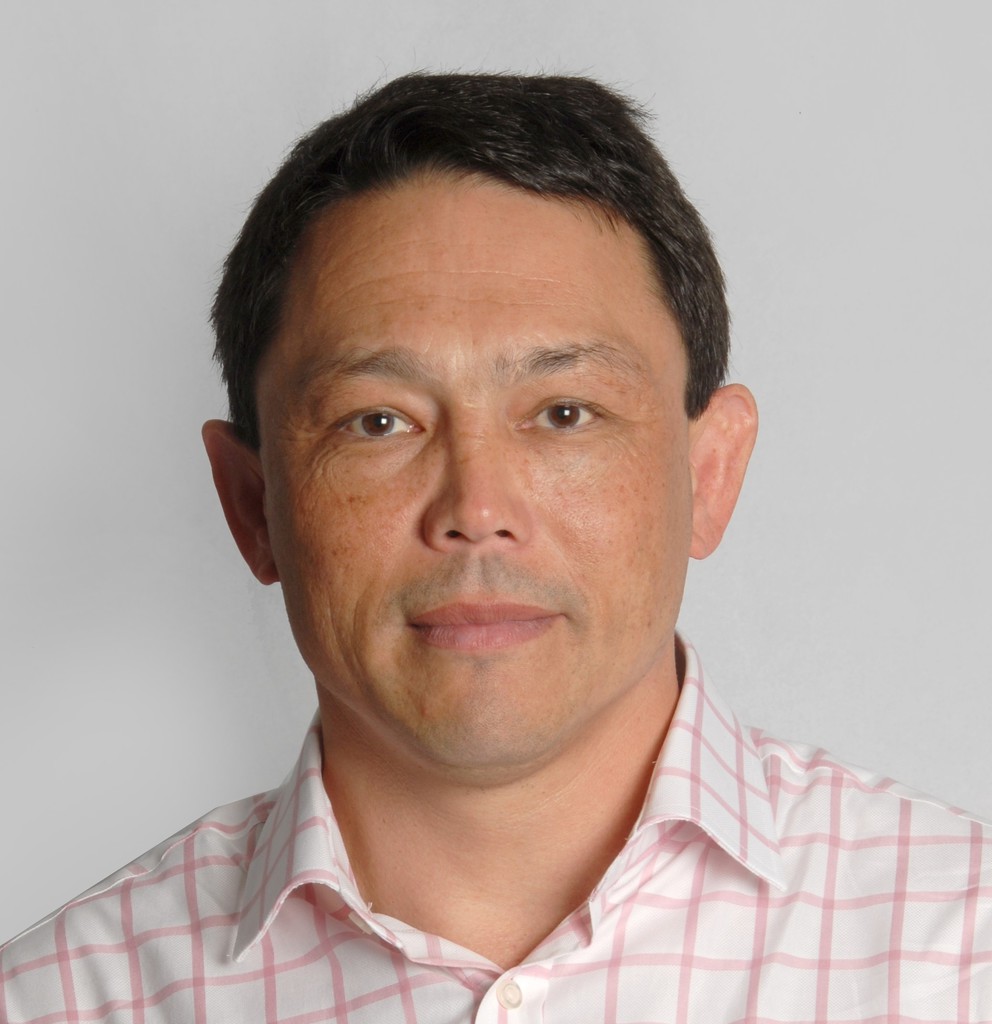 Rory Underwood has a formidable background, scoring 49 tries for England (85 caps) and gaining a further six caps touring Australia and New Zealand with the British Lions - not to mention more than 18 years with the RAF as both a jet pilot and a human factors trainer. In the latter role, he was responsible for quality and risk management initiatives, including crew resources management training.

In 2009 he established Wingman - a consultancy that has enabled him to tailor his high performance experience to inspire and advise businesses both home and abroad.   Now Rory's latest challenge is in his new role as development director at compliance risk management and certification specialist Alcumus. Rory will work closely with Alcumus' CEO, Martin Smith and initially focus his attention on supporting the company's risk management growth strategies in the property, construction, retail and manufacturing sectors.

According to Martin, this will involve facilitating senior level introductions, and, via Wingman, exploring board level risk management and behavioural safety leadership opportunities.

"Martin Smith first got in touch with me through LinkedIn," recalls Rory. "We happened to get chatting and I got to know what his business is about. There was a massive amount of synergy, and, after several discussions about our mutual challenges, we came to a point where he had planned a role for me as a non-executive in a development director role.

"The idea is to provide helm support from the point of view of working with clients - new and prospective - and potentially look at linking with my clients. We also discussed how we can look at safety issues and safety behaviours.

"I'll be the first to stress that I have no health and safety qualifications. However, from the flight safety point of view, all of my knowledge is from the military and obviously a lot of this focuses on behavioural issues."

In his Wingman role, Rory works with management teams across the UK and abroad, helping them to understand both the context of dynamics as a team and also to explore their capabilities as managers. "So there's an element of two or three different areas we can help each other with," observes Rory, "such as helping senior management/executives with all sorts of programmes. I haven't changed roles completely I'm still with Wingman, but also working with Alcumus."

So what aspects from his considerable experience will transfer into the new development director role?

"With 12 years playing national rugby and 18 years in the military flying jets, the person I am is immersed in my time in the working life I have," Rory notes. "I often tell people that the RAF was my job and my hobby was playing rugby - albeit at a high level. It wasn't a paid job, so I literally had to train once or twice a week, play on Saturday, but the rest of the time I was working. There's a wealth of experience you gain from playing rugby: competing, winning and losing - the highs and lows in sport. There are also elements of that in the flying world: training, the difficulties of changing squadrons, dealing with people in the military, organising, managing them and leading them.

"This wealth of experience has enabled me to utilise all the standard stuff that's out there. I don't profess to be at the cutting edge of leadership but what I can bring is analogies and stories; the answers that come from the flying and sports experience, as well as having been a consultant for 15 years working with hundreds of organisations from which you glean so much. I'm not there pontificating about the airforce or whether you should be in an England rugby team. My style is very much about challenging the norm, offering thoughts, suggestions, ideas and differences using analogies within the context of what we're doing."

Not surprisingly, Rory considers teamwork to be an extremely important asset. "The trust and accountability that goes with playing sport at the highest level is the same as when flying 500mph with somebody six feet away from your wing tip," he says. "You don't sit there contemplating whether the other person is having a good day or not, so it hones the mind."

Understandably, such a well loved public figure working with businesses on a one-to-one basis could result in fans wanting to focus less on risk management than his astonishing career. Nevertheless, Rory is confident that this will not cloud the relevant issues.  "I'm constantly reminding myself that people may be thinking, 'I'm never going to be in the same context as a jet pilot or an international rugby player', but my contention is that it's about getting people to reach the highest level and this is relevant for anybody who works.

"It's about the different factors that people bring together to try and get to where you want to go. Some people have a massive amount of drive and ambition to go further - and some people don't. When you're a manager, it's about trying to get all of those jigsaw pieces together to enable them to work together in the most efficient and effective way."

Another key factor for Rory is improving communication, from the boardroom to the worker on the shop floor.   "I've worked with several construction businesses," he asserts, "and the majority of them have employees on a building site, of which maybe 25% will be their people and the rest will be sub-contractors. The challenge for the company running the project is that their safety record is only as good as the lowest common denominator. The constant challenge is trying to maintain standards, but the further you go down the line, the harder it becomes. Anybody at boardroom level trying to make sure that they are fully aware of what's going on on the shop floor - whilst at the same time trying to engage between the different issues - is in a struggle. A CEO has so many layers to go down that communication really becomes a challenge. It systematically boils down to establishing and driving effective communication structures and strategies.

"Most of the people I consult tell me that they don't need more communication. They're fed up of countless emails, so many meetings, people getting mixed up in power battles and needs/wants etc - which all cause real challenges. Not to mention the behavioural aspect of 'walk the talk' or 'do as I say, not as I do' and the unintended consequences of how people at the highest level behave, which unbeknownst to them has impact further down the line. It's no wonder that things go wrong.

"Of course the difficulty is that everybody is then judged from outside with the potential of legal action and it's perceived as a black and white scenario. It's either 'right' or it's 'wrong' and that's one of the areas that I'm constantly trying to get people to take on: risk is not black and white. It has shades of greys. The world we live in at the moment is very quick to judge."

But why is this? Is it that the media plays a part in promoting the negative aspects of health and safety legislation?

"I do agree," states Rory, but is quick to add that he doesn't lay all the blame there.   "There are various entities that like to think it's a black and white situation. Organisations can sometimes put themselves into a situation where they believe this - but sometimes they feel they have to because of pressures from the legal world. And I won't blame the legal world because, again, it isn't a simple black and white issue.

"The law is not the same now as it was when it was first written in constitution - the law has changed and is changing slightly all the time. That's what the legal world is about - it's trying to work out the nuances so that every single word is understood and defined specifically, trying to make it as tangible as possible. What one word could mean in one context could mean something completely different to somebody else.

"Depending on how people are leading a business, the performance management mentality or how the culture throughout the business is shaped has a massive impact on how safety is perceived.

"It makes me smile when I hear people saying 'safety is one of our priorities'. Well, we all know what happens to priorities don't we - they change. If somebody at the highest level pontificates about safety what happens is that you go further and further down the different levels within the organisation and when you get down to the guys on the shop floor at the bottom it's not quite as simple as that."

Rory is clearly passionate about strengthening the health and safety culture: "I'm not going to be sitting here telling people about IOSH and COSHH," he explains, pointing out that he will be the first to defend the Health & Safety Executive: "To me it's frustrating that there are certain people that use the 'health and safety' line as an excuse, which really infuriates me.

"We only give guidelines and if a police force, business or a council say that 'due to health and safety we've decided not do X' then we can't stop them. There was recently a swimming pool where they stopped kids wearing goggles in the pool. The reason? Because if they want to remove their goggles while their hands are wet there is danger of them slipping and therefore it may smack them in the eye! You've got to laugh haven't you - incredible!"

Rory's presence in the risk assessment sector will undoubtedly provide a much needed positive force and, possibly a media-friendly one too. Inevitably, there will be those who will always want to discuss his phenomenal rugby career, but Rory is confident that his experience will enable the industry to see beyond that and focus on their own potential.

Nevertheless, I'm ashamed to say that my final question was: 'Who do you fancy for the Rugby World Cup?'

"Well, we have a good chance. I'm confident that we'll win our group. I think we can beat Wales and Australia at Twickenham - the home advantage makes a massive difference. If we do that we've got a good chance of getting through to the final and then it's 50/50."