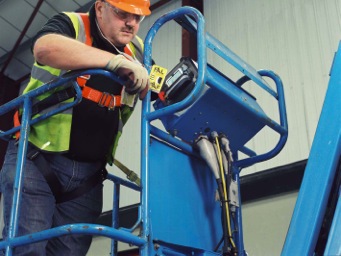 AFI worked closely with IPAF to trial the Smart PAL card as part of AFI’s launch of SmartZone, a device that when fitted to mobile elevating work platforms (MEWPs) ensures that the machines cannot be operated by anyone who has not been properly trained or authorised to use them.

AFI Major Projects Manager John Robertson said: "We are seeing increasing interest in SmartZone and the IPAF Smart PAL card as contractors look at new ways of improving safety and security on site.

"The Smart PAL Card looks the same as the standard PAL Card but has a wireless icon and a chip embedded in it. The data in the chip can be read by the SmartZone unit, providing information such as whether the cardholder operator is trained, to what level and in which machine categories,” he added.