THE PREVALENCE of musculoskeletal diseases in the construction industry, the significant costs of ill health to employers and the importance of mental health support for construction workers were some of the key highlights discussed at the first IOSH Construction Group conference on 7 November. 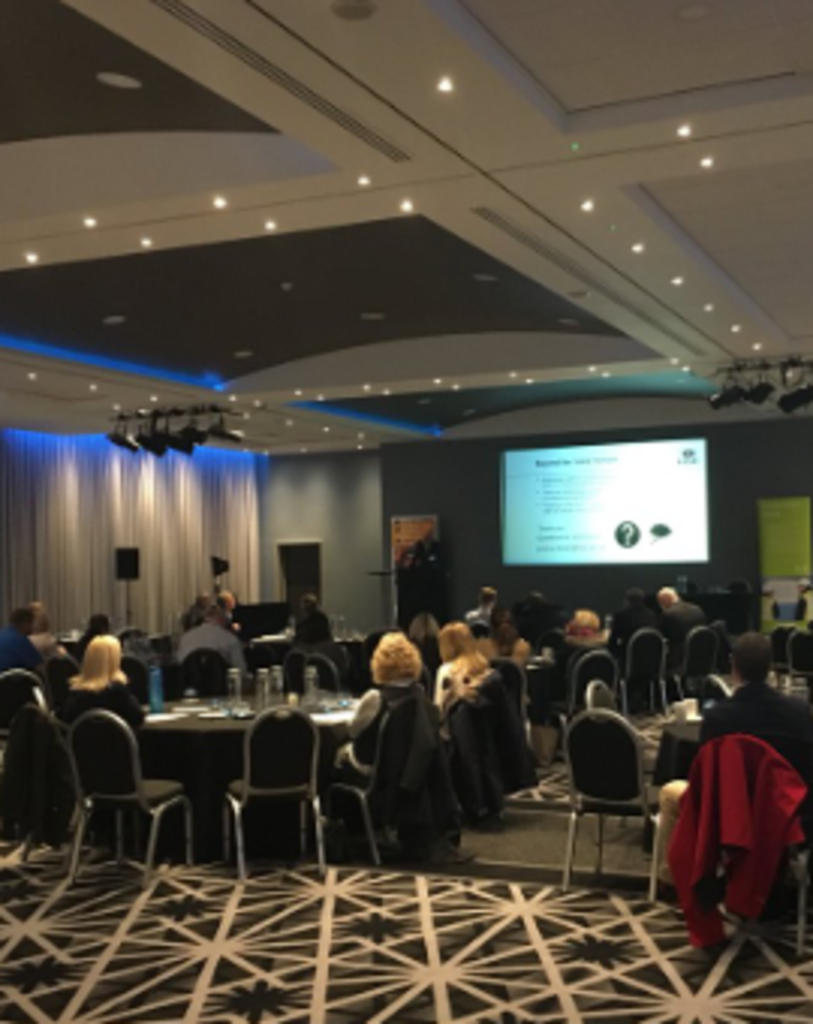 Dr Michael Cash, Chair of the IOSH Construction Group, set the stage for an engaging discussion attended by more than 50 delegates from across the sector, where a number of key issues were raised:

1. Lung health is top of the agenda

One of the key priority areas to tackle in workplaces includes mitigating occupational lung disease. HSE data shows that 12,000 lung disease deaths each year are estimated to be linked to past exposures at work. For every worker killed on site, approximately 100 die from ill health due to past exposures. Delegates discussed how dust particles harmful to our lungs can become airborne after active construction work and dry sweeping but can remain in the environment long after active work has been completed.

The HSE data also shows that 56% of all occupational cancers in the UK, were in the construction industry. Mesothelioma, a cancer predominantly affecting the lungs and caused by exposure to asbestos, took the lives of 2,595 people in 2016. A similar number of non-mesothelioma lung cancer deaths can also be linked to past exposures to asbestos.

These figures highlight that work still needs to be done to tackle harmful carcinogens and illustrates the importance of awareness raising campaigns such as No Time to Lose.

2. Silicosis is an ancient disease

Chartered Occupational Hygienist Kelvin Williams spoke passionately about long-standing issues of carcinogenic exposure, highlighting one of the earliest recorded cases of silicosis almost 2,500 years ago. With such an ancient knowledge of the disease, it is surprising that many people still die from it today.

Silicosis is a long-term lung disease caused by inhaling large amounts of respirable crystalline silica (RCS) dust. Silica is a mineral found in certain types of stone, rock, sand and clay and can be inhaled by people working with these materials. Research suggests that in Britain nearly 800 people die a year from lung cancer caused by breathing in silica dust at work. In the European Union, around 7,000 cases of lung cancer are caused by respirable crystalline silica – and worldwide, millions are potentially exposed to silica dust.

3. Construction work does not need to be dangerous

During his speech, Chris Lucas, HM Principal Inspector of the Health and Safety Executive, made a comment that resonated with the audience – it is both possible and practical to carry out construction work without causing ill health. Chris spoke about how, with proper checks and new technologies designed to make work safer, there is no reason why any worker in the construction industry needs to be put at risk.

4. But many construction workers feel risk is inevitable...

“There is an almost fatalistic attitude among some workers, who feel that developing musculoskeletal disorders is inevitable and unavoidable.”

This was a startling point made by Chris, who acknowledged that many workers in the sector feel as if developing injuries, long-term health issues and even being put at risk of death is part of the job and an unavoidable reality. A key focus of the conference was to work together to change the dialogue, so that rather than accepting that sectoral workers will develop ill health, more work should be done to prevent ill health in the first place.

5. Mental health issues affect a significant number of workers in the construction industry

Kevin Fear, H&S Strategy Lead from the Construction Industry Training Board (CITB), described poor mental health in the construction industry as ‘the silent epidemic’, showing how work-related stress, depression and anxiety have overtaken musculoskeletal disorders as the most reported workplace health issue in the sector. Kevin explained how the construction industry has more suicides than any other profession, with 454 construction workers taking their own lives in 2016.

Greater mental health support for construction workers was identified as a priority area. One delegate mentioned how their company had managed to reduce stress-related work absences by up to 93% through efforts to safeguard workers, including offering counselling services, stress questionnaires and providing tailored support for ‘at risk’ employees. This example showed how changes to organisations can make real differences to the mental health and wellbeing of employees.

Kevin also spoke of the importance of people making sure they look after their own mental health, including talking about feelings, taking breaks, staying active and being empowered to ask for help.

Dr Wendy Jones, a Senior Researcher from Loughborough University, spoke about the unseen costs of ill health to employers and how creating a healthier workplace can have noticeable impacts on productivity and efficiency. Wendy showed how occupational ill-health in construction – excluding cancers - costs employers £848 million annually, with primary causes including asbestosis, stress and issues surrounding manual handling and physical demands.

Wendy also spoke about issues surrounding presenteeism, explaining how the cost is two and a half times that of absenteeism. Presenteeism is when someone with ill health chooses to go into work, which can result in loss of productivity, poor health, exhaustion and workplace health epidemics.

The panel of speakers agreed that employers have a moral and ethical responsibility to help employees work to their full potential by offering support where necessary and understanding that people’s personal lives and experiences can affect performance.