PROPERTY OWNER Michael Cutmore and building contractors B and S BM Limited have both been sentenced after a refurbishment project of an old hotel was found to contain asbestos containing materials (ACMs) on site while work was still taking place. 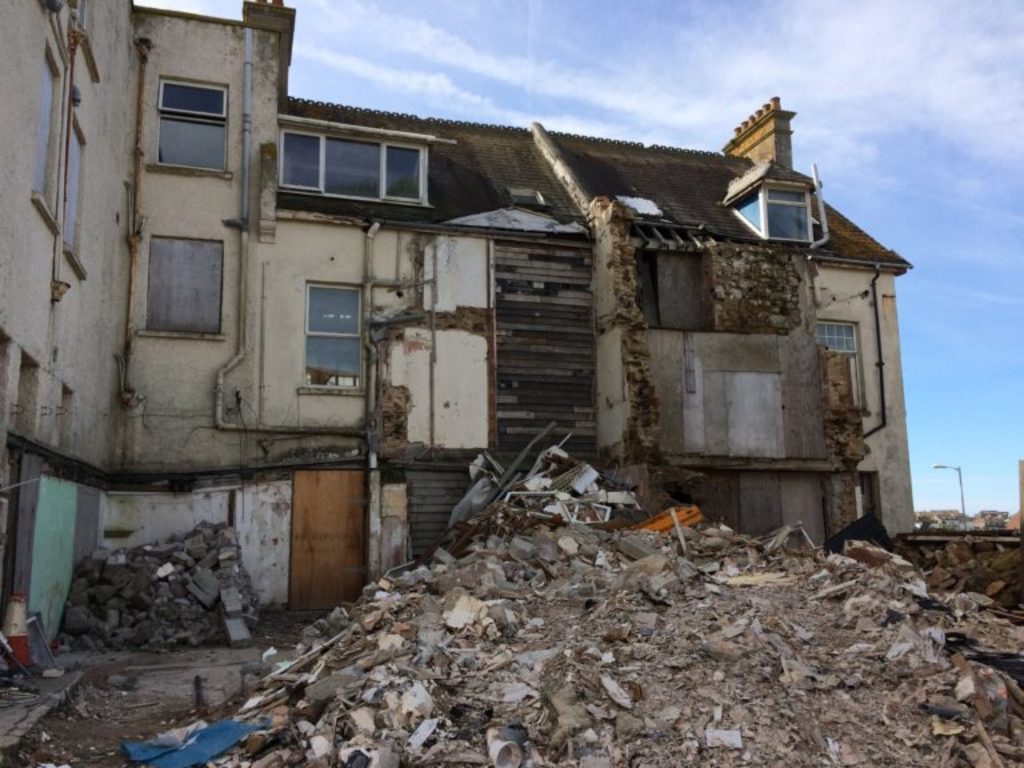 Truro Crown Court heard that during September 2017 a property in Island Crescent, Newquay was to be partially demolished and refurbished under the control of one of its owners, Michael Cutmore. The hotel had been left derelict for several years, allowing it to be subject to vandalism and squatting and had been soft-stripped by its owner. Asbestos surveys identified the presence of ACMs, but these were not managed appropriately nor removed prior to the work. Local building contractors, B and S BM Limited were appointed by the hotel’s second co-owner to carry out works in half of the property while Mr Cutmore himself also stripped asbestos from within the former hotel.

During a proactive inspection, the Health and Safety Executive (HSE) identified that the former hotel was being refurbished and partially demolished whilst ACMs remained in-situ. Some of these ACMs were licensable products (e.g. asbestos insulating board which contains amosite). Due to the extent of the spread of asbestos dust and debris throughout the building and the lack of adequate control measures, workers and visitors to the properties were at risk of exposure to asbestos fibres.

Michael Cutmore of Mount Wise, Newquay pleaded guilty to breaching S3(2) of the Health and Safety at Work Act 1974 and has been ordered to carry out 120 hours unpaid work and ordered to pay costs of £7,500.

Speaking after the hearing HSE inspector Georgina Speake said, “Companies should be aware that HSE will not hesitate to take appropriate enforcement action against those that fall below the required standards.

“The dangers associated with asbestos are well known and a wealth of advice and guidance is freely available from HSE and other organisations.”