MS PROPERTIES (Northern) Ltd had been fined for safety breaches after employees were exposed to asbestos on 22 March 2019 after removing false ceiling tiles during a shop conversion at 309-315 Hessle Road, Hull. 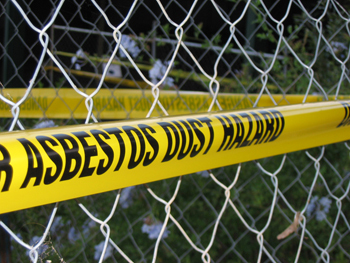 Beverley Magistrates’ Court heard that the company had not commissioned a refurbishment asbestos survey prior to the work commencing. Employees removed over 1000m2 of asbestos insulation board (AIB) ceiling tiles in an uncontrolled manner, exposing them to asbestos.

An investigation by the Health and Safety Executive (HSE) found that the company’s director, and the casual labourers they employed, spent approximately three to four weeks removing the suspended ceiling, along with the ceiling tiles which contained asbestos, to install new stud walls to divide the shop floor into separate units. The labourers were unskilled and untrained. They were provided with a claw hammer to knock the tiles down. The asbestos-containing tile debris was then shovelled or collected into approximately 62 one tonne bags.

MS Properties (Northern) Limited of Beckside Business, Beckside Road, Bradford, pleaded guilty to breaching Regulation 5 of the Control of Asbestos Regulations 2012. The company has been fined £16,000, ordered to pay £3,011.87 in costs and a victim surcharge of £190.

After the hearing, HSE inspector Trisha Elvy commented, “If the company had identified any asbestos on the site through a refurbishment asbestos survey, carried out by a competent surveyor, and had it removed by licenced asbestos removal contractors prior to the refurbishment work commencing, then MS Properties (Northern) employees would not have been exposed to asbestos.

“No matter how small or large your company, there is a need to prevent exposing your employees and the public to asbestos by ensuring that it is identified on site prior to any work commencing.”