UVEX SAYS its uvex pheos CX2 with CBR65 lens can solve the problems with headaches, nausea and stress caused by working at home. 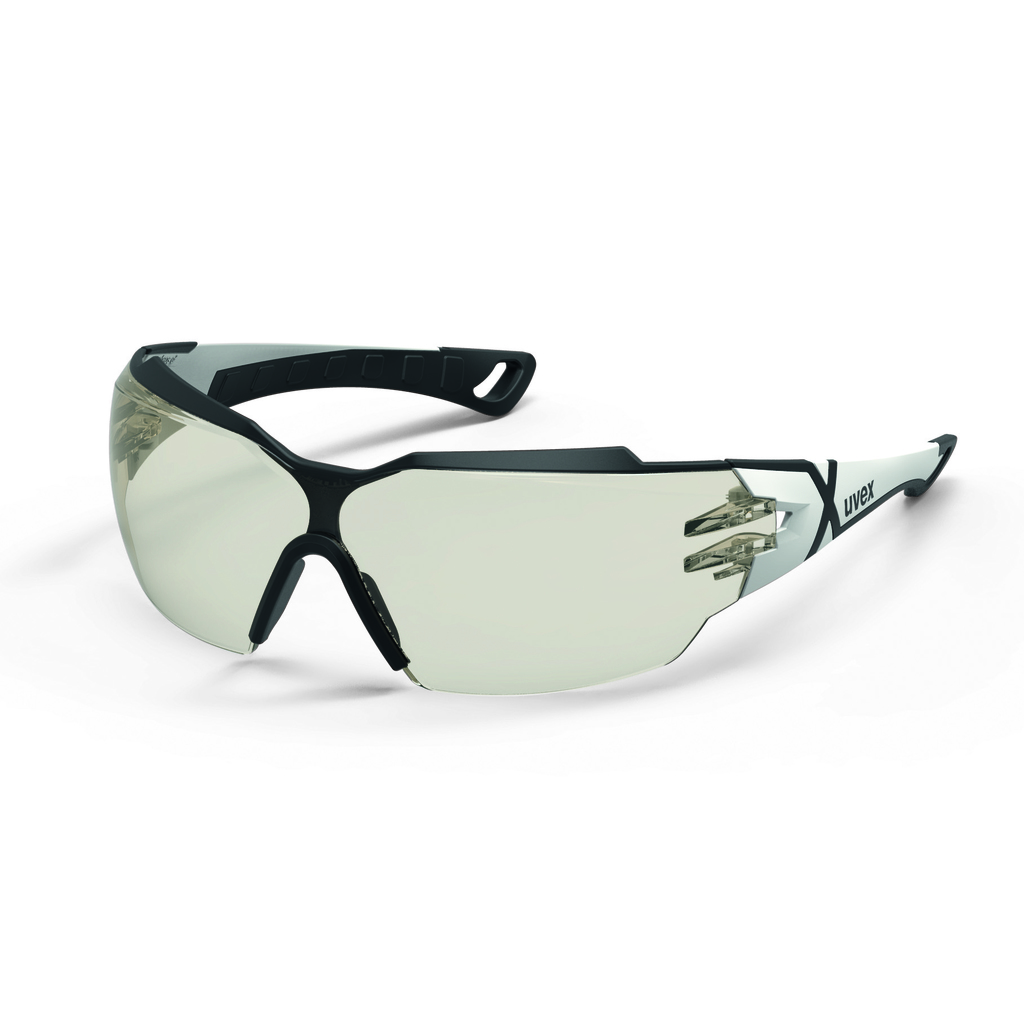 Like many, Lee Morrison, managing director at In Association found himself working from home due to COVID-19 which resulted in increased screen time, inadequate lighting, and an awkward seating position at his dining table – currently his home desk. This, together with him looking at the screen from a different angle has resulted in Lee suffering from terrible headaches, nausea and associated stress.

“My eyes have also been aching and sore,” he reports. “The screen seemed to be extremely bright, despite me turning it down, but if I turned down the brightness too much, I couldn’t see the screen.” It was a real Catch-22 situation for him.

He also found he felt a little sick if he spent most of the day in front of the screen but couldn’t work out why that should be.

“I couldn’t even put on my normal glasses, or magnifying ones, let alone my sunglasses,” he recalls, as each of these pairs of glasses exacerbated the problems, and caused fresh issues on top of what he was already experiencing.

By mid-June, Lee had had enough of the constant struggle to use his screen to work and the ensuing fatigue he suffered. He contacted uvex, who supplied him with a pair of spectacles with CBR65 lenses.

Not only do the lenses improve contrast, giving clearer vision and reducing eye strain, they reduce harmful blue light emissions from screens and unsuitable lighting by up to 50%, while still allowing 65% light permeation, making vision easy and restful and improving concentration.

The fit of the specs is great too, hugging the side of the face with no sensation of pressure making them extremely comfortable to wear. “Indeed, when wearing them, I often forget they’re on my head,” adds Lee.

The uvex pheos CX2 glasses with the CBR65 lens have had a dramatic and virtually immediate effect on Lee, immediately improving his working life immeasurably.

“I felt instant clarity,” he enthuses. “The screen was even clearer than it seemed to be in my previous working conditions. It was almost as though I’d put on a set of HD eyeballs/spectacles!”

Lee confirms that he no longer needed to squint, his eyes stopped aching and his headaches also ceased and he felt the muscles around his eyes had relaxed. In addition, Lee found that he could now sleep much better at night than before. Previously he had put down disturbed nights to stress from COVID-19 and pressure from working from home. He hadn’t associated sleep with screen time, but he certainly does now that his sleep has greatly improved.

Lee now wears the CBR65 specs for three to four hours a day, with coffee breaks in between.

Having become used to wearing them, he now feels more in control, and needs to spend less time on the computer than previously.

“I seem to be able to get more accomplished in less amount of time, as I’m not now suffering from headaches or stress,” he concludes.

uvex's CBR65 tint has been developed to protect wearers working indoors or outdoors for long hours under harsh light conditions.

Safety spectacles with the unique uvex CBR65 lens shade reduces the blue light by up to 50% - reducing the risk of eye problems and enhancing wearer experience, even when worn for extended periods.

The slight tint of the uvex CBR65 lens delivers a relaxed field of vision, preventing the eye from getting tired too fast. Even in particularly bright workplaces this enables the wearer to remain focused for a longer length of time without the strain.

As LED lighting is fast becoming the norm for “inside industry” so the risk of discomfort and ultimately worker safety and productivity, will increase. Uvex CBR65 lens technology can significantly mitigate this risk while providing protection from impact and ingress-the core purpose of safety eyewear.