Toyota Material Handling Europe, received the top distinction in the competition, the "Red Dot: Best of the Best". 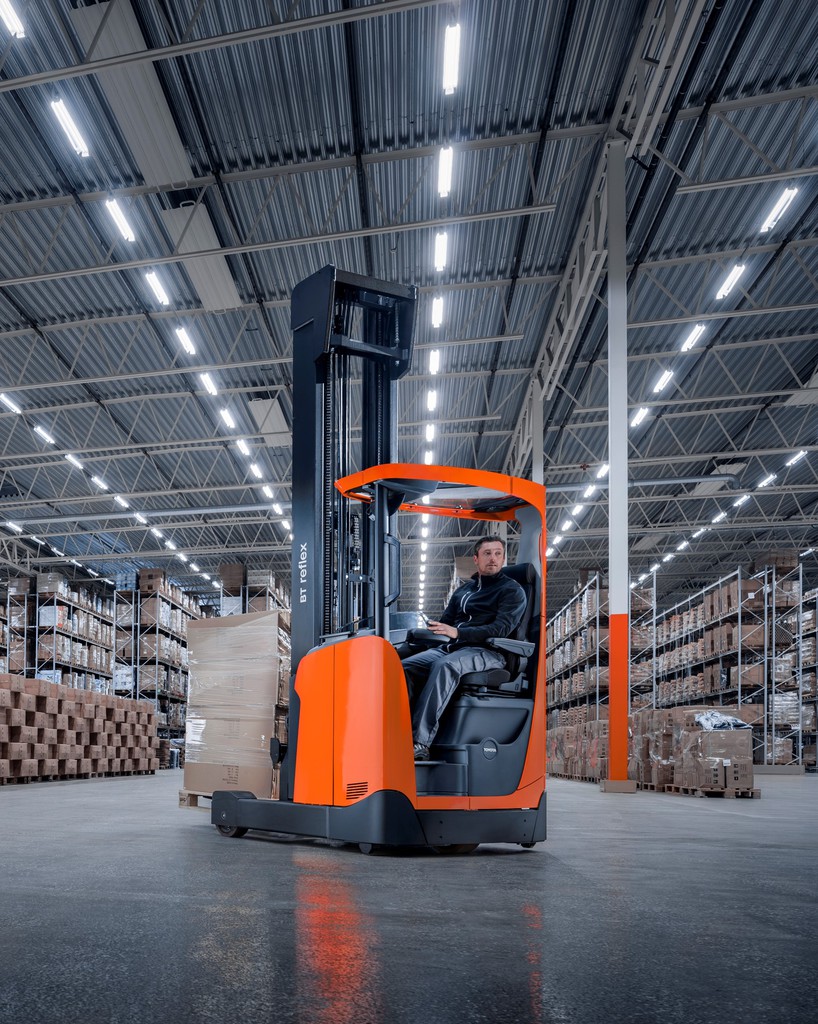 The BT Reflex E-series is said to be the world's only reach truck with tilting cabin and has been delivering superior high-level handling performance since its launch. Designed for performance at height, the unique tilting cab and transparent roof, as well as the mast design offer excellent visibility of the load at all times.

It is designed to reduce the strain for the driver in repetitive high-level applications. "As we were designing the BT Reflex E-series, we kept in mind that it isn't about the truck, it's about putting the operator at the centre, about the human dimension," says Magnus Oliveira Andersson, Head of Design at Toyota Material Handling Europe.

Commenting on the Toyota entry the jury concluded, "The reach trucks of the BT Reflex E-series impress with a harmonious design that makes all details complement each other perfectly. Based on a well-thought-out functionality, this reach truck guarantees transport performance of the highest standard, even in high-level applications. Developed with a sharp conceptual focus on its users, the truck's ergonomics offer a high level of comfort for the driver, resulting in an outstanding performance."

"Winning the Red Dot: Best of the Best is the well-earned recognition for excellent design performance. The awarded products are all characterised by an innovative symbiosis of aesthetics and function. The fact that such a small number of entries received the top distinction is proof of the rigorous nature of the judging criteria applied in the competition. I want to congratulate the laureates very sincerely on their success", said Professor Dr. Peter Zec, founder and CEO of the Red Dot Award.