A-SAFE TAKE A RIDE ON THE WALL OF DEATH 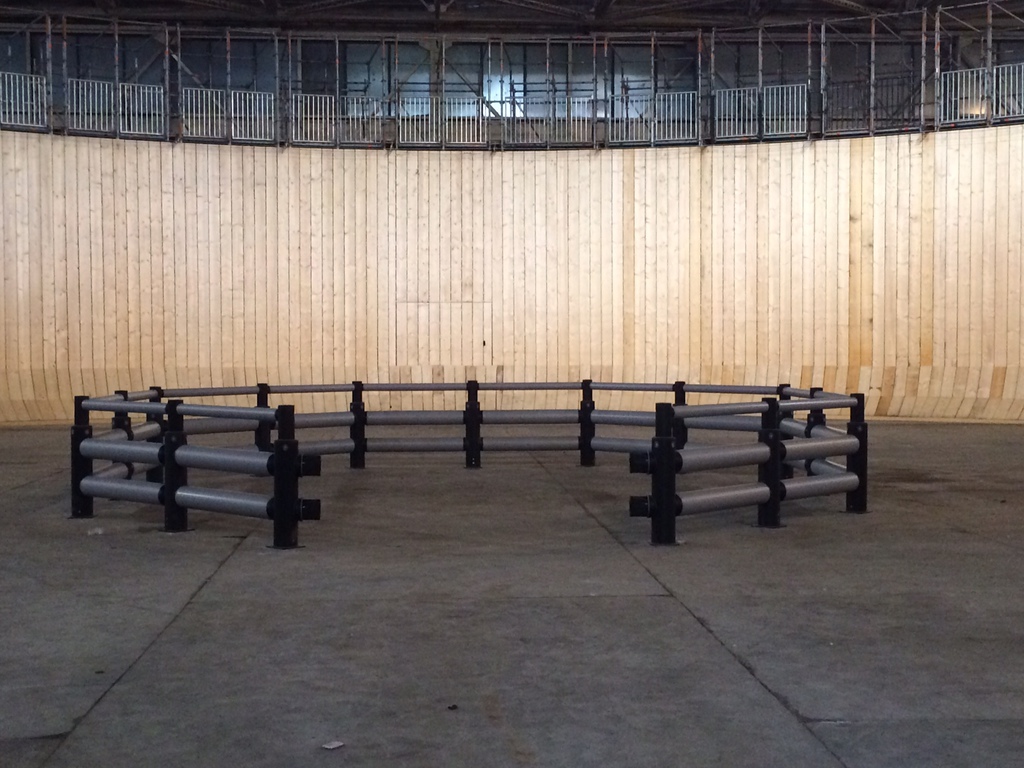 Guy reached a remarkable 78.15mph while traveling around a specially-built, barrel-shaped wooden cylinder at Mandy Airfield in Lincolnshire. The wall measured 37.5 metres in diameter and was constructed from metal shipping containers and lined with timber.

During the record attempt on a custom-built Triumph motorcycle, Guy would have experienced forces of 5.2G – enough to push him close to blacking out.

A-SAFE were asked by production company North One TV to provide a protective circular barrier to contain the film crew, medics and engineers while Guy attempted the record. The bespoke construction of grey Traffic Double-Rail+ iFlex Barrier was installed directly in the middle of the vast Wall of Death arena, so literally took centre stage on the night.

Producer Tom Norton said: “North One TV were looking for an aesthetically pleasing and secure 'safe zone' for the centre of our Guy Martin's Wall of Death Live set. After speaking to the team about our needs it was quickly apparent that A-SAFE could produce a tailor-made barrier which would fit perfectly within our set. The functionality, combined with the look was absolutely perfect for our needs.”

The installation process went smoothly and on-time, fitting in with the production company’s needs for rehearsals and health and safety. Tom added: “I honestly couldn't recommend a company more. From start to finish the whole team has been friendly, professional and there whenever we needed them. We'd jump at the chance of working with you again.”

Guy is now the proud holder of three world records, having also achieved the fastest speeds in a soapbox motor-less vehicle and a gravity-powered snow sled.