It's all in the mind 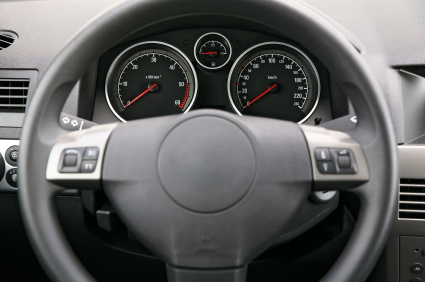 Human beings are creatures of habit and at no time is this more obvious than when they are driving.
Most of us like to listen to a favourite radio station or music genre in the car. We have dedicated cubby holes for our phones, wallets, small change and sunglasses. For many, the passenger foot well is a convenient waste bin, just until we get home, of course.
We’re just as likely to have developed habits for when we’re on the move and some of those aren’t so smart, either. These are all very common situations for business drivers, sadly.
Many of us approach traffic lights and roundabouts faster than we should and then brake sharply. If we get hit from behind we assume the other driver wasn’t paying attention. We have been known to sit in the blind spot alongside another vehicle and then wonder why the driver didn’t see us when they changed lanes. We try to park as close to the supermarket entrance as possible, eyeing the parent and child spaces enviously and ignoring the acres of open, safe manoeuvring space just a 30 second walk away.
By choosing not to develop good habits, poor habits become ingrained and repeated by default. We habitually do the wrong things while driving and even after something goes wrong, we just carry on. Somebody, and it might have been me, once said that to repeat the same actions whilst expecting a different outcome is a kind of insanity.
Drivers in denial
A lot of drivers are certainly in denial. For example, most drivers will insist that they are in the habit of keeping a good space in front of them, yet the number of shunt collisions that occur clearly throws doubt on the claims. Drivers tell us that their powers of observation are excellent, but the number of drivers with speeding points on their licences from clearly-marked permanent speed cameras (often near to their homes) tells us otherwise.
Chinese philosopher Lao Tzu said, "Watch your thoughts; they become words. Watch your words; they become actions. Watch your actions; they become habit. Watch your habits; they become character. Watch your character; it becomes your destiny.”
So, back in the 6th century, long before dual carriageways, matrix signs and satnav were introduced, we were being warned about the dangers of falling into bad habits. And today, with our ABS and airbags and 150mph family cars, we’re still doing it.
"I’m going to be late again” is a thought that often leads to predictable patterns of bad driver behaviour, such as unwise overtaking and speeding. Yet it seldom makes any difference to journey times when overall traffic flow is the biggest influence on our speed of progress.
Novices passing a driving test must not incur more than six penalty points on their driving licence during the first two years of driving, otherwise they revert to the ‘learner’ status and have to retake and pass their driving test. This attempt to instil good practices (habits) is a good idea but very few driving instructors explain the rationale behind it to their pupils. Too much novice training is focused on simple vehicle control rather than the driver’s state of mind. Safer driving is adopting an attitude of recognising, understanding and managing risk through awareness.
The key to developing good habits, therefore, is firstly for us to identify the traits that are counter-productive – the bad habits. Then we can inspire and stimulate driver training delegates to really understand the rationale behind safety procedures so that they want to develop and sustain more appropriate routines.
If safety is a state of mind, developing it in drivers who already consider themselves experienced needs a certain type of trainer. The trainer needs to be able to draw on experience and hold up a mirror to the delegate’s driving that they recognise and concede that it reveals room for improvement. The learning environment too needs to help put that knowledge and inspiration to delegates in such a way that it results in the optimum actions and formation of good habits.
There is no substitute for a trainer spending time alongside a driver on the road, to draw out those poor practices that need fixing. That is how I like to work, as long as the driver has emptied the passenger foot well of apple cores and drinks cans first.
www.cardinus.com
MORE FROM THIS COMPANY