An evolution in gas detection

Conor Twomey looks at developments in gas detection technology since the demise of the caged canary. 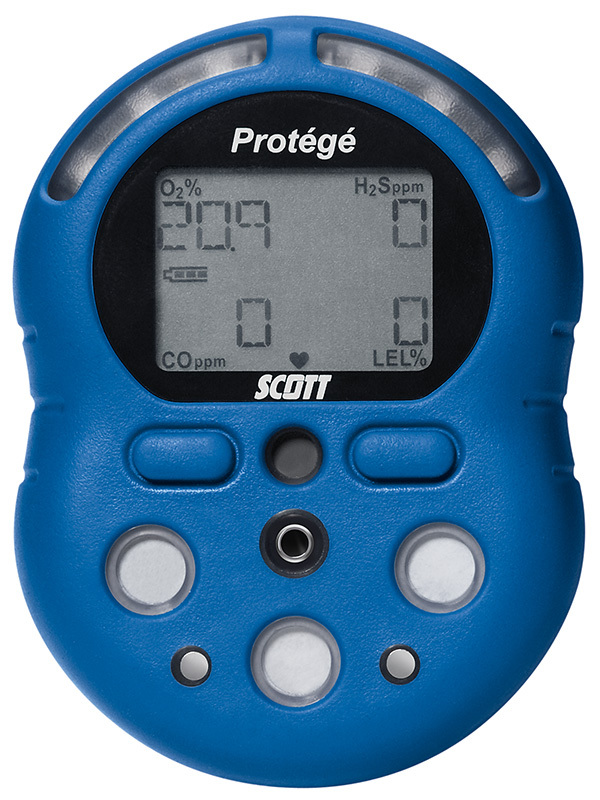 The gas detection industry has come a long way since its early, unsophisticated offerings including the well known caged canaries and the alarming use of humans, sent into toxic atmospheres to test gas levels. Fatalities and injuries once treated as accepted risks of the job have been drastically reduced with the introduction of more sophisticated methods of protection. On the 40 year anniversary of the Health and Safety at Work Act, it’s clear that the industry has made real progress in both its understanding of workplace safety and in developing a range of sensor technologies designed to detect almost any harmful gas that workers might be exposed to.
Gas detection through the ages
With the Industrial Revolution came demand for fuel and many of the first gas detection attempts were developed for the coal mining industry, a notorious source of combustible and toxic gases.
From the early 1900s miners relied on the caged canary as their only early warning system. The canary, normally a songful bird, would stop singing and eventually die in the presence of toxic gases, signalling the miners to exit the mine quickly.
A small advancement came with the flame light detector which featured a flame encapsulated in a glass shell to prevent ignition in the atmosphere. Graduating marks were made on the glass to help calculate the presence of combustible air or the absence of oxygen. If the flame dropped too low, this indicated an oxygen-deficient environment and if it rose to the top the atmosphere contained methane or was oxygen-rich.
Introduction of the Health and Safety at Work Act
In 1972, Lord Alfred Robens, former chair of the National Coal Board led an enquiry into workplace health and safety and his central recommendations were implemented in the passing of the Health and Safety at Work Act 1974. In June 1974, a huge gas explosion at the Nypro plant near Scunthorpe, shocked the nation and galvanised support for the new Act. 28 people lost their lives and 36 others suffered serious injuries as a result of cyclohexane gas escaping from the site.
In its 40 year history, the Act has seen a significant reduction in fatalities, with fatal injuries at work dropping by 85% and the total number injured at work also falling dramatically by 77%.  However, industries with a high risk of gas exposure continue to need careful management.  In 2012/13 there were 219 incidents relating to the supply and use of flammable gas, including 27 explosions/fires and 10 fatalities.
Key industries affected by gas in the workplace are:
Technological developments
Soon after gas detection became a part of the mining industry, other industries followed. The first gas monitor, introduced to industry in the 1920s, was a device with a valve that indicated methane levels in the atmosphere. The level was detected through a catalytic diffusion sensor which burned the gas inside it to provide an accurate reading. However, each time the user wanted to see how much methane was present, they had to manually press a button on the monitor.
Today, the focus has moved to developing existing monitor and sensing technology which addresses the market demand for increasing gas sensing range, performance and reliability.  Preference is also given to solutions that are easy to use and maintain, lowering the cost of ownership and ensuring user acceptance and compliance with legislation. Global regulatory standards also ensure that detectors are safe for use in hazardous environments, while performance standards provide a benchmark for toxic and combustible gas detection capabilities. Due to the quantifiable levels of risk reduction to people, assets and the environment there is also an increasing trend towards functional safety and Safety Integrity Level (SIL) assessments and approvals.
A number of fixed and portable gas detectors are now on the market which can detect and measure multiple gases using a range of sensor technologies. Classic detectors include infrared, catalytic bead, electrochemical, photo-ionization and metal oxide semi-conductor technologies. Significant enhancements have been made in solution robustness and reliability. Most recently, progress in new sensing technologies has been made, with the introduction of acoustic and hyper-spectral imaging to support gas detection and response. Gas detection devices have become smarter, with advanced diagnostics capabilities to ensure increased performance and the ability to transmit data and information over a range of wired and wireless communications protocols. As these technologies and standards continue to evolve the number of incidents across high risk industries will continue to fall.
Looking into the future
While the presence of harmful gases within some industries and working environments has not changed, there has been a significant step-change in the number and performance of gas detection market solutions, driven by an increasingly safety conscious industry and workforce. As a result, the demand for gas detectors has grown as have user expectations. This has driven development of new sensing technologies in addition to increasing levels of environmental and contaminant robustness for conventional technologies. The industry is also looking to new technologies and opportunities to significantly reduce the size, weight and power usage of gas detectors.  Diagnostic and communications capabilities are set to continue evolving to enable greater ability to share and communicate data.
Scott Safety offers leading gas detection developments in three key areas; through smarter high performance devices, enhanced connectivity and by providing thoughtful and user differentiated experiences. These modular, scalable, design-for-six-sigma technology platforms have comprehensive global performance and reliability approvals. Scott Safety’s Meridian fixed universal gas detector offers a good example of this, offering a single gas detection solution that supports over 58 combustible and toxic gases.  It also features an intelligent single-handed plug and play sensor design, allowing for up to three sensors to be connected, directly or remotely, live in hazardous locations without requiring the area to be declassified.
We’ve come a long way from the caged canary solution and today’s industrial workers benefit from leading-edge technology to keep them safe from exposure to harmful gases.
Conor Twomey is Scott Safety’s director of research and development - Gas Detection Solutions.
MORE FROM THIS COMPANY