Covering 1587km2, London Fire Brigade is one of the largest fire and rescue services in the world. 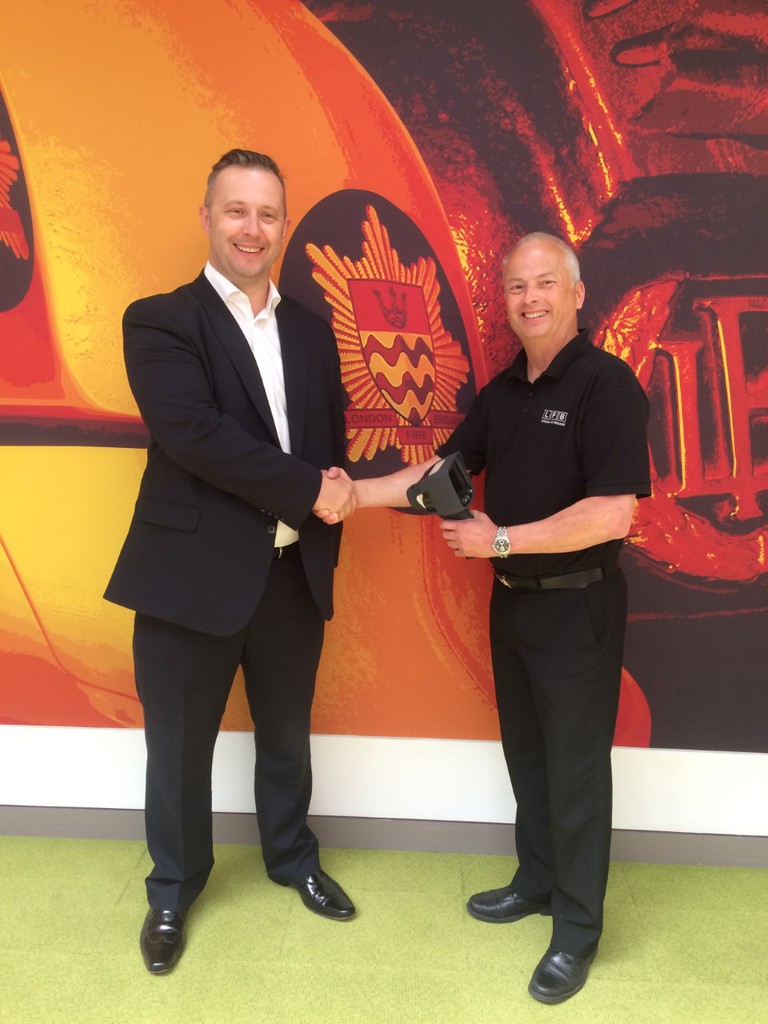 With 4853 uniformed operational firefighters, it is one of the busiest fire and rescue services in the United Kingdom. Improving the performance of its teams in the areas of fire prevention, fighting and community safety are key drivers for London Fire Brigade in its overall vision to become recognised as a world class fire service.

Scott Safety is a recognised world leader in the design and manufacture of personal protective equipment, including breathing apparatus and thermal imaging cameras to the world’s emergency response teams, serving over 1 million firefighters on all 7 continents world-wide.

London’s firefighters are now equipped with the one of the most advanced thermal imaging cameras in the world, the X380. With its superior vision clarity, improving situational analysis in scenes when firefighters need it most, the X380 far outweighs its low cost competitors. The capabilities provided by the X380 will enable firefighters to interpret scenes faster and safer, making more tactical decisions, as they work to save lives in Britain’s capital.

The hot and cold spot tracking capabilities - unique to the X380 thermal imaging camera - will enable firefighters to detect the hottest and coldest points of a fire or scene. This new capability means they can now find a fire source quicker, detect casualties and also navigate the safest routes in and out of a fire.

Gary Hopkins, Head of Research and Development, London Fire Brigade (LFB) said: “Ensuring the safety of our frontline crews is paramount. London Fire Brigade’s investment in thermal imaging cameras is risk critical in providing a robust response to all emergency incidents, and ultimately, aid to a speedier conclusion.

“The thermal imaging cameras underwent a rigorous testing schedule that was repeatable, recordable and controlled including water rescue (locating bodies), RTC (identifying number of occupants) and locating the smell of burning. Research and development concluded that the overall presentation, performance and continuous aftercare support from Scott Safety best suited the needs of the LFB.”

“Advanced thermal imaging from Scott Safety is now a dominant technology platform in the fight to save lives and property” informs Andy Slater, General Manager, Thermal Imaging, Scott Safety. “This is due in part to the greater level of situational awareness it provides Firefighters compared to other cameras available; for instance with it’s hot and cold spot tracking capabilities. The X380 has continued to standout during rigorous testing set by UK Fire & Rescue Services and it has become the firm favourite for improved visual awareness and firefighter safety.”