Advice worth listening to 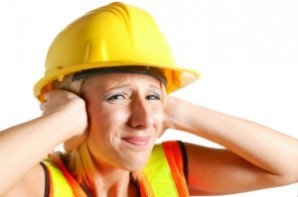 AFTER THE government introduced fixed compensation fees for whiplash claims, Claims Management Companies (CMCs) looked elsewhere to replace their lost revenue, enter Noise-Induced Hearing Loss (NIHL). Between 2011 and 2014 NIHL claims notified with insurers increased by 189% but of these only around 30% were successful with the remainder classed as spurious and frivolous.

Since then, data from the Health and Safety Executive (HSE) shows a general reduction in the number of new claims for work-related deafness in the UK. This is due in part to the majority of historic cases for industrial deafness having now been reported and also, in part, to the threat of the introduction of fixed legal fees for NIHL meaning that adept CMCs are busy pursuing their next lucrative claims area.

Claimants have to be able to prove their hearing loss occurred at work and provide evidence that their employer has been negligent. Judges have thrown many claims out of court due to this lack of evidence. It appears that as companies become more aware of the risks noise poses they begin to control it better, and in doing so keep better records so evidence of negligence in this regard is getting harder to find.

The high rate of failure isn’t currently going to put the lawyers off though. The disproportionate fees some no-win no-fee lawyers can charge their clients (up to 50% of any compensation awarded) more than makes up for the cases they lose. On average for every £1 paid out in compensation £3 is paid out in legal costs, making it still a highly lucrative area.

In 2015 The Civil Justice Council set up a working group to make recommendations to the UK Government on how to improve the handling of NIHL claims. The report was completed in September 2017 and included a review of how a fixed costs regime for claims might be implemented. Under the fixed costs proposed the maximum legal costs per defendant would be set at £9,187.

This would reduce the number of solicitors encouraging people to make claims, prevent them from running up excessive legal costs and continue the downward trend in reported claims.

A formal response from the Government is pending but it is likely to implement the recommendations in 2019.

While this is good news on the face of it, this does not give employers carte blanche to ignore noise problems and the threat to their employees’ auditory health. As an employer you are still legally and morally responsible for controlling noise in the workplace and protecting your employees hearing. Indeed someone losing their hearing is a very serious health and safety issue and these reforms will ensure that genuine claimants receive fair compensation for any loss in a more efficient manner.

As a guide employers should:

A free Guide for Employers 5 Steps to Controlling Noise at Work is available on Pulsar Instruments’ website pulsarinstruments.com to help companies further understand and carry out their legal responsibilities.

While we are already starting to hear rumours that the no-win no-fee lawyers are starting to look elsewhere, until the implementation of fixed costs the current compensation claims culture is still alive. So by taking control of noise in the workplace and continuing to protect your employees’ hearing you continue to protect your business too.