THREE MEN from Cumbria have been ordered to pay fines and costs totalling almost £10,000 for operating four illegal waste sites at Alston. 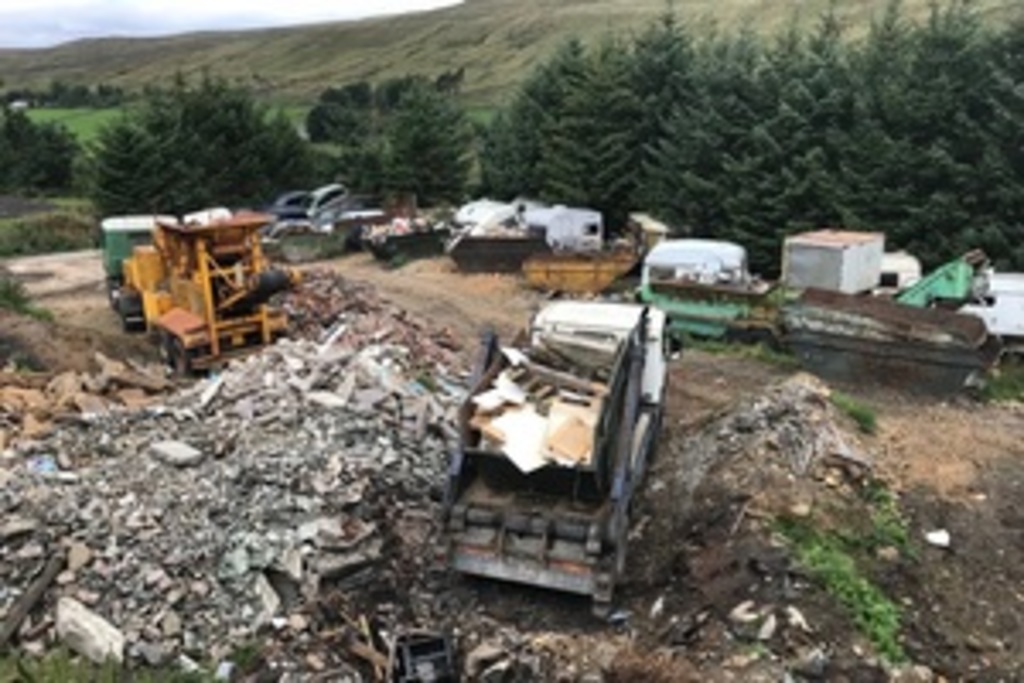 Father and son Keith and Paul Liverick pleaded guilty when they appeared at Carlisle Magistrates’ Court on Wednesday 30 March.

Their associate Frank Shepherd, 77, of Leadgate, Alston, had pleaded guilty at an earlier hearing to a charge of operating an illegal waste site, and a second charge of burning waste on land.

The court heard that each of the four sites; Clarghyll Colliery, land at the rear of Moredun Garage, Old Foundry Yard, and Rotherthorpe Old Mine, had varying environmental permits and permit exemptions in place to allow for restricted waste deposits and activities.

Between August and November 2018, Environment Agency officers made visits to each of the sites, where they saw illegal deposits of large amounts of mixed waste, which included scrap vehicles, skips of household waste, plastics, timber and construction waste.

Over the ensuing two years, officers tried to work with the operators to bring the sites into compliance, but advice and notices were largely ignored.

In mitigation, Shepherd was remorseful, while both Paul and Keith Liverick said it was caused by poor management of the sites.

Andrew Turner, area environment manager for the Environment Agency in the North East said, "All three showed a blatant disregard for the environment over a great length of time and seemed to think the rules did not apply to them.

"They deliberately and persistently allowed the deposit and storage of waste on these sites knowing the activity was illegal and presented a risk of harm to the environment. They did this in the face of officers working hard to encourage compliance.

"We work hard to prevent and disrupt waste crime and we’re pleased all three have admitted wrong-doing."