Too hot to handle?

ARE EMPLOYERS legally obliged to make reasonable adjustments for hay fever sufferers? Find out in this blog by Posturite, and consider office air purifiers to help. This summer we tentatively broach the subject of sweaty backs too… 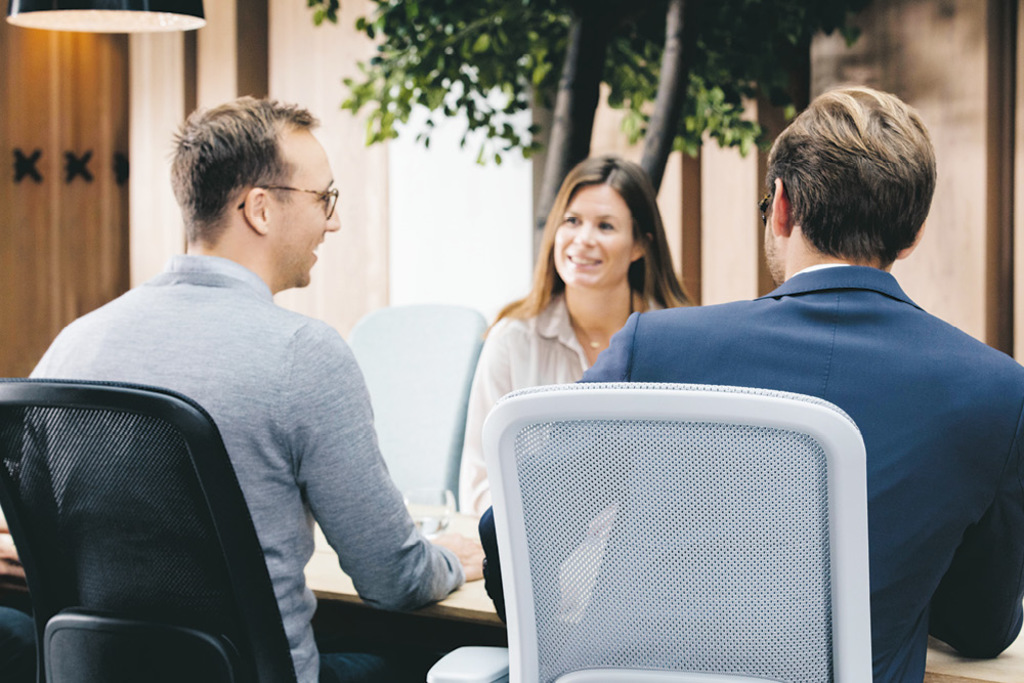 Did you know that hay fever is becoming worse due to climate change? Climate scientists at the University of Michigan report that the increasing levels of carbon dioxide and longer growing seasons due to higher temperatures are causing an increase in pollen, with up to three times as much pollen expected by the end of the 21st century.

Hay fever affects productivity at work because hay fever symptoms include an itchy throat, mouth, eyes, nose and ears and tiredness, as well as sneezing and coughing, a blocked or runny nose, a headache and earache. What a miserable existence that is! In the UK the hay fever season lasts all the way from March to September.

Employers are not actually legally obliged to make reasonable adjustments for hay fever sufferers, since the Equality Act 2010 doesn’t consider hay fever a disability except when it aggravates another condition such as eczema or asthma. However, we all want our employees to be happy, healthy and productive so it makes sense to explore ways to alleviate hayfever symptoms.

The effectiveness of office air purifiers

One solution is to install air purifiers in your workplace. The AeraMax PRO commercial air purifier removes up to 99.97% of airborne contaminants, including allergens such as pollen, from indoor air. It even works on mould spores that trigger asthma. Certified ‘asthma and allergy friendly’ by the Asthma and Allergy Foundation of America, the AeraMax PRO has a ‘HEPA filter’ which can remove most of the airborne particles which make allergies worse. ‘HEPA’ stands for ‘high efficiency particulate air’ by the way.

Are air purifiers worth the investment? How many people suffer with hay fever? ‘Allergic rhinitis’ is the medical term for hay fever and Allergy UK reports that 26% of adults in the UK suffer from allergic rhinitis – a very significant proportion. Prevalence rates of rhinitis are actually five times higher in the UK than in our neighbouring France, and higher in fact than most countries in the world (WAO, 2017). There isn’t yet a firm answer as to why this is, but it could be related to allergen exposure and how much time we spend outdoors as children, atmospheric pollution, how hygienic we are, a mother’s diet during pregnancy, or a combination of these factors.

Hay fever can leave many sufferers unable to focus at work, so it could be an important issue to try to tackle within your employee wellbeing planning.

Do talk to your doctor or pharmacist if your hay fever is getting you down, and explore further ideas for how to limit your exposure to pollen, including drying your clothes indoors instead of outdoors, and avoiding being the one to mow the lawn (hurray!).

Heatwaves in London and our UK cities

Some Bananarama fans might even say the summer is ‘cruel’ in a big city. What’s the definition of a heatwave? Well, the Met Office defines a heat wave as three days in a row of temperatures above 28C.

Here’s a cool tip for Londoners: the new ‘Cool Spaces’ made available to Londoners and promoted by Mayor Sadiq Khan to use if temperatures become uncomfortably high this summer. They are indoor and outdoor public spaces where Londoners can take respite on hot days and include locations with refreshing tree canopy cover, free drinking water, water fountains and even an underground archaeological site beneath Bloomberg's European Headquarters.

Have you had a ride on the new Elizabeth Line in London yet, and enjoyed its air-conditioning? Parts of the Circle, Hammersmith and City, District and Metropolitan lines also have air-conditioned trains, but this makes up less than half of the Tube network.

One brand hoping we’ll have a hot British summer this year is Little Moons. Personally, I’ll be heading to their pick ’n’ mix concession for doughy ice cream balls in glamorous Selfridges; Little Moons zoomed at great speed up the handheld ice cream charts to number 7 in 2021.

The UK’s hottest recorded temperature was recorded in Cambridge rather than further south - and was a blistering 38.7C at the Cambridge Botanical Gardens on July 25 2019. The ten hottest years on record have all happened in the years since 2002, a fact that worries all of us, not only the climate scientists of course.

Employers should remember that environmental factors including heat and humidity should be part of DSE risk assessments, so do help your teams to work at a comfortable temperature by providing airflow, and assessing where to place machines and equipment which generate heat.

The main purpose of a laptop stand is to elevate your screen and improve your posture. The ergonomists at Posturite are concerned by how much we’re hunching over our computers, and a portable laptop stand is an easy and affordable first fix.

There is an additional benefit however, in that raising your laptop or tablet up on a suitable stand can also create some airflow around your device, keeping it cool. An overheated laptop could slow down its performance or cause it to shut down. You might notice when charging your laptop that there's an excess of heat coming off the bottom.

(The London Fire Brigade also remind us to avoid charging a laptop on a fabric surface, such as a bed or sofa.)

Sorry to bring up the subject of sweaty backs. A lively night of group dancing in a Greek taverna is not the only cause of the dreaded wet shirt-back - a long day at the office in hot weather will generate the same result. Some office chair users love a mesh back chair for this reason.

Sweating is natural - it's the body's way of cooling off after all – but allowing more air on your back does help some office workers to sit in greater comfort. And if you’re working from home more often now, you won’t have the office air conditioning to enjoy during your WFH days.

Mesh office chairs are designed to offer better ventilation for the sitter. Make sure you choose only the highest quality ergonomic mesh office chairs – to provide good support which helps prevent back pain.

Daniel, reviewer of the Positiv Me 500 Mesh Back Task Chair said the air flow of this office chair was a key factor for him when choosing the office chair. “It's also very light, so when moving around between things at your desk it follows you without having to put too much energy into dragging the chair where it's needed. Very highly recommended.”

Perhaps avoid leather office chairs if you tend to be sweaty, as they provide the least airflow, and note that mesh is also easy to clean, if a chair back becomes stained with sweat – or your Macchiato.

After all that arduous number crunching and mind-bending brainstorming before midday, where would be some particularly pleasant places to head to with a colleague for a break? If you’re in Leeds, I recommend the pretty rooftop terrace Issho in Victoria Gate for healthy fresh Japanese cuisine. Their name means 'together' in Japanese and makes for a fun group office outing.

A more active option for Glasgow office workers would be a summer stroll along the River Clyde Walkway, which has dedicated walking or cycling paths within its scenic 4.7km route. Take a look at the health benefits of going for a lunchtime walk and just adjust your pace to suit the heat of the day. Having that break from your desk will very likely improve your ability to concentrate on your return – perfect for body and mind!

Read this blog and get more free health and safety resources at Posturite.co.uk