A NEW resource to help workers protect themselves from dangerous diesel engine exhaust emissions (DEEEs) has been launched by IOSH, the Institution of Occupational Safety and Health, on the fifth anniversary of its No Time to Lose campaign. 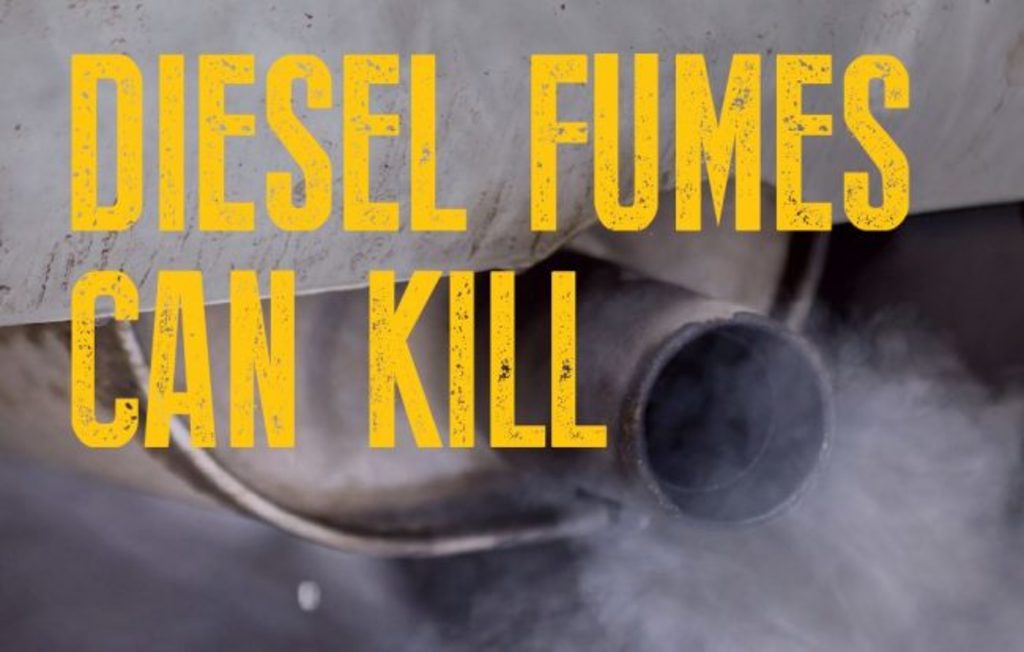 IOSH’s No Time to Lose campaign raises awareness of occupational cancer globally and helps businesses act by providing free practical resources. As part of the campaign, it is providing a new pocket card for workers on how to prevent exposure to DEEEs.

The card advises people working with or around diesel-powered equipment or vehicles to turn off engines if not needed, use tailpipe exhaust extraction systems, use workplace air extraction, wear a mask, and get trained.

It also advises people who drive for work, such as couriers, truck or taxi drivers to close the windows in their vehicle. Studies have found that ventilation settings[1] in vehicles can reduce exposure by up to 75% and switching from open windows to closed windows and recirculated air in a car can lead to a reduction of 32%[2] of dangerous black carbon particulate exposure in DEEEs.

This new pocket card joins a suite of materials on DEEEs such as a fact guide, posters and a toolbox talk as part of the No Time to Lose campaign plus other free materials businesses use to manage other serious carcinogens including asbestos, silica dust and solar radiation.

No Time to Lose marked its fifth anniversary on 3 November.

IOSH head of strategic engagement Alan Stevens, said, “Our No Time to Lose campaign has been embraced by organisations around the world who are sharing, adapting and translating materials to help raise awareness of occupational cancer in their countries. In the last three months we have launched the campaign in Australia, Malaysia and Canada.

“Next week, I am looking forward to presenting the campaign in Düsseldorf at the International Social Security Association’s ‘Vision Zero – Innovation in Prevention’ conference.

“Work-caused cancers are all preventable. I encourage everyone to get involved in No Time to Lose by downloading the resources, supporting the campaign and pledging to take action. By working together we can beat occupational cancer.”

Since the campaign was launched in 2014, around 118,000 resources have been downloaded from the website, 23,000 campaign packs have been distributed to businesses and occupational safety and health professionals, and campaign messages published by the media have reached an audience of over 83 million.

More than 365 organisations from 40 countries are supporting the campaign have agreed to raise awareness of occupational cancer, 130 leading businesses have signed up to the pledge to manage carcinogens in the workplace, and No Time to Lose ambassadors have presented the campaign at more than 250 events worldwide to around 18,000 delegates.

IOSH is also funding new research in this area to fill significant gaps in knowledge. Researchers at King’s College London are monitoring professional drivers to explore the impact of diesel emissions and black carbon on their health.

The DEMiSt project’s preliminary findings were presented at the European Respiratory Society (ERS) International Congress in Madrid in September 2019.

The team revealed that the lives of professional drivers working in congested cities such as London are being put at risk due to exposure to black carbon levels that are on average a third higher than would be experienced at a busy roadside. The full report and other resources will be published at the start of 2020.

To find out more about IOSH No Time to Lose campaign and how you can get involved, visit www.notimetolose.org.uk.