THE ENVIRONMENT Agency has successfully brought those responsible to account for abandoning nearly 2,000 tonnes of waste at Shaw Road, Dudley in 2016. 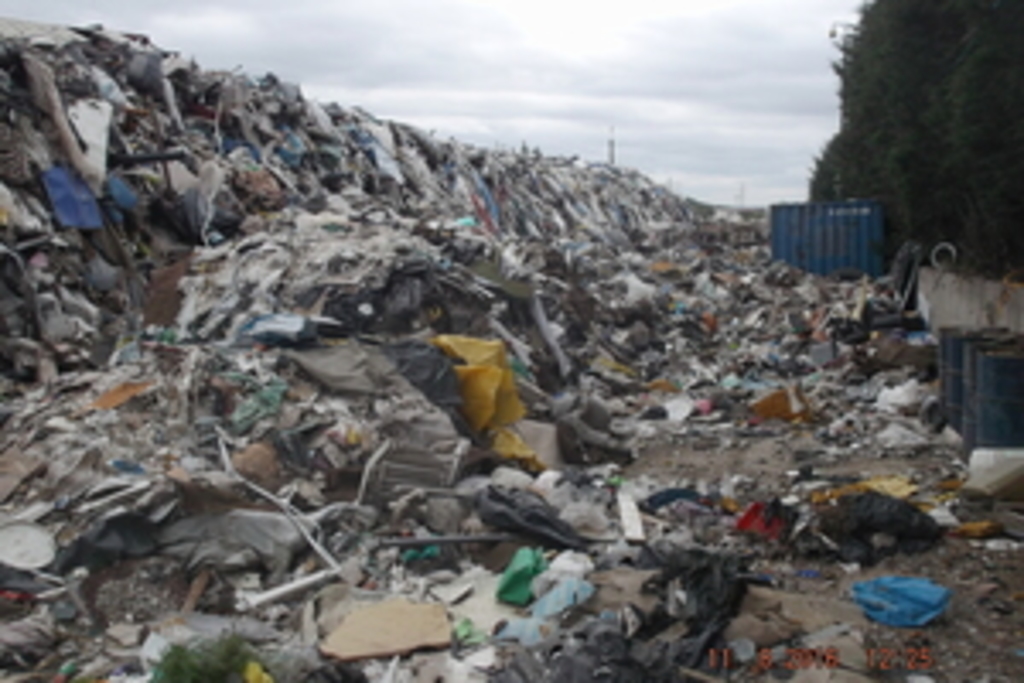 On Tuesday 13 August, HHJ Kershaw sentenced Kevin Allan and Brian McIntosh to suspended sentences of imprisonment in addition to unpaid work. Randle Hawkins was ordered to complete unpaid work under the supervision of the Probation Service.

In June, jurors at Wolverhampton Crown Court convicted the directors of Rowanoak Waste Services Limited for their failure to comply with permit conditions and enforcement notices at the site known as Rowanoak. The Environment Agency used various enforcement tools to try and bring the site back into compliance, but those operating the site failed to act on the advice and guidance provided.

The site was then abandoned in 2016 with a significant amount of waste left in situ. Environment Agency officers worked with the new landowners and the waste was removed in March 2018.

Rowanoak Waste Services Limited and director Kevin Allan were found guilty on all counts relating to the illegal waste activities at Shaw Road. The company was fined £25,000 and Kevin Allan, who showed no remorse for his actions during the trial, received 12 months’ imprisonment suspended for 12 months and was ordered to complete 100 hours’ unpaid work. He was also ordered to pay £40,000 towards the prosecution costs and disqualified from acting as a company director for three years. The court took into consideration Mr Allan’s age, 60 years old, and his previous good character.

The court heard that operations at the site led to complaints of smells and dust. Employees of nearby businesses described the smell as ‘stomach churning’ and felt physically ill as a result. The smell was described as rotting vegetables and resembled that of sewage. The dust had an impact on neighbouring businesses, covering customers’ cars and business vehicles. Debris from the waste piles blocked guttering and affected air conditioning at nearby factory units.

Mak Waste Ltd and its director Brian McIntosh, had previously admitted their part in the failure to comply with the conditions of the permit on the site and the continual failure to action requests for compliance made by Environment Agency officers. Mak Waste was fined £18,000 and Mr McIntosh was found to have been allowed the breaches to occur and witnessed the site getting worse and worse, while making empty promises to Environment Officers. HHJ Kershaw took into account Mr McIntosh’s good behaviour since the offences were committed and that he has two children, but passed a sentence of 10 months’ imprisonment suspended for 12 months and ordered Mr McIntosh to complete 150 hours’ unpaid work. He was also ordered to pay £1,200 towards the prosecution costs and disqualified from being a director for five years.

Randle Hawkins was found guilty of deliberately failing to comply with a revocation notice. He was ordered to complete 100 hours’ unpaid work and pay £1,000 towards prosecution costs. He was earlier cleared of four other charges relating to the breach of permit conditions and enforcement notice.

Edward Venables (formerly Boulton), also a director of Mak Waste Ltd, was found not guilty of all three charges against him.

Speaking after the case, the Environment Agency officer in charge of the investigation said, "Waste crime is a serious offence with tough penalties. It can damage the environment, blight local communities and undermine those who operate legally. We aim to disrupt, prevent and investigate illegal waste activity and take enforcement action where we can. In this case, those found guilty, by being in breach of their permit, continued to operate their site illegally and continually ignored the Environment Agency’s efforts to reduce the waste.

"The Environment Agency use all enforcement powers available where we believe environmental offences have been committed.

"Allan, McIntosh and Hawkins have shown a complete disregard for the local community, subjecting local businesses to months of misery by illegally and inappropriately storing large quantities of waste on the site."

Everyone who handles waste has a duty of care to ensure their waste is handled correctly. Whether you are a business, local authority or householder you must make sure you know where your waste goes so it doesn’t end up in the hands of illegal operators.