THE CHARTERED body for health and safety professionals today urges the Government and businesses to do more to fight the “growing global scourge” of modern slavery as a new poll indicates the strength of public opinion for action. 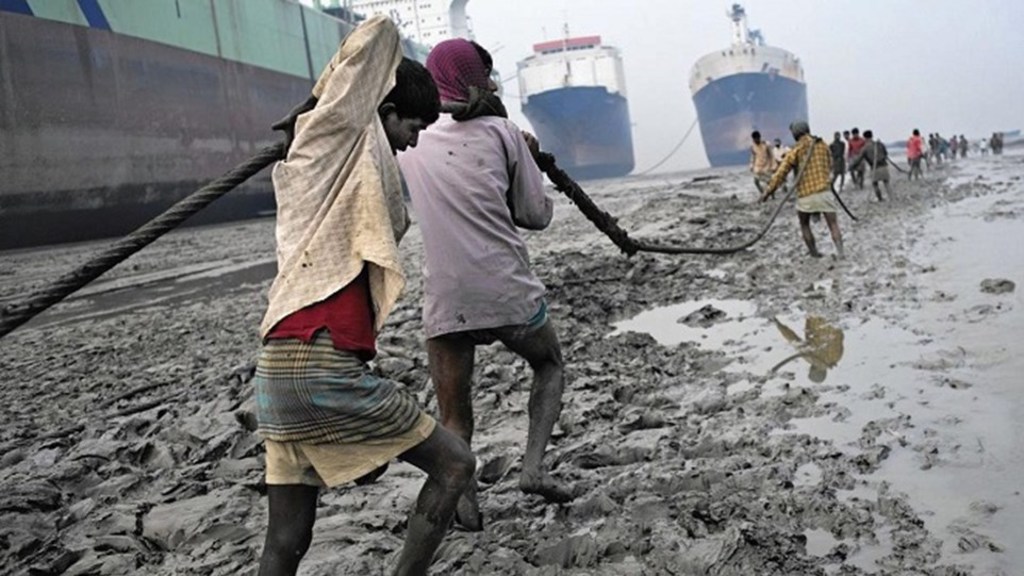 With an estimated 40.3 million victims worldwide – 13,000 of them in the UK – 63 per cent of people in Britain are concerned modern slavery is involved in products or services they use, 84 per cent want national awareness campaigns, and 76 per cent believe all organisations legally required to make modern slavery statements must say how they tackle it.

At the first day of its annual international conference in Birmingham, the Institution of Occupational Safety and Health (IOSH) today launches a new report called Tackling modern slavery together: the roles of governments, employers, professionals and the public.

It calls on the Government to strengthen the Modern Slavery Act by urgently implementing the recommendations from a review carried out last year. It also urges further strengthening the Act by lowering the threshold which requires businesses with an annual turnover of £36 million or more to report how they combat modern slavery and removing the option for them to say they haven’t taken any steps to tackle it, yet still comply.

Businesses are called on to create a “race to the top” by: reporting how they tackle modern slavery, regardless of whether they are required to by law; providing more training for employees on how to spot the signs of modern slavery and what actions they should take; and ensuring they support suppliers.

Meanwhile, health and safety professionals and consultants who advise businesses are encouraged to ensure they are aware of the risks of modern slavery and there is a call for a labelling system to demonstrate if products and services have been created in good working conditions, supported by 81 per cent of poll respondents.

Speaking ahead of the launch of this white paper at IOSH 2019 in Birmingham, Richard Jones, head of policy and regulatory engagement at IOSH said, “We abhor modern slavery and more must be done to tackle this growing global scourge.

“We need a multi-faceted approach to fighting these insidious crimes. We believe transparency and high-quality reporting are essential tools and that standardising and harmonising them enables better benchmarking and comparability. They can help customers and investors to make informed choices and can help drive improvement on corporate action to prevent modern slavery.

“We believe that public and professional awareness can help ensure that warning signs of exploitation don’t slip beneath the radar and go unnoticed, with organisations mistakenly thinking they don’t have a modern slavery problem when, in reality, they need to act.”

Victims of modern slavery include women forced into prostitution, men forced to work in agriculture or construction, children working in sweatshops and girls forced to marry older men.

To coincide with its new white paper, IOSH commissioned YouGov to survey the public – who, as consumers, have an important role to play in deciding on products and services they buy – on its feelings about modern slavery.

Of the 2,071 respondents, 87 per cent believe major retailers and manufacturers should help suppliers prevent it and 73 per cent believe large public sector bodies like NHS Trusts and Government departments should be required to publish statements about how they tackle modern slavery.

Baroness Lola Young of Hornsey OBE, who has campaigned against modern slavery and set up the Let’s Make It Work campaign group said, “It is only fair to allow a relatively new piece of legislation to bed in before rushing to change it.

“However, given the importance of the Act’s potential to lessen the misery of millions, and given that several countries are creating more stringent legislation, it is vital that the UK Government – local and central – businesses, NGOs, civil society and the general public, all step up our efforts to make this legislation really effective in the long overdue elimination of all forms of enslavement.”