A hole in safety footwear 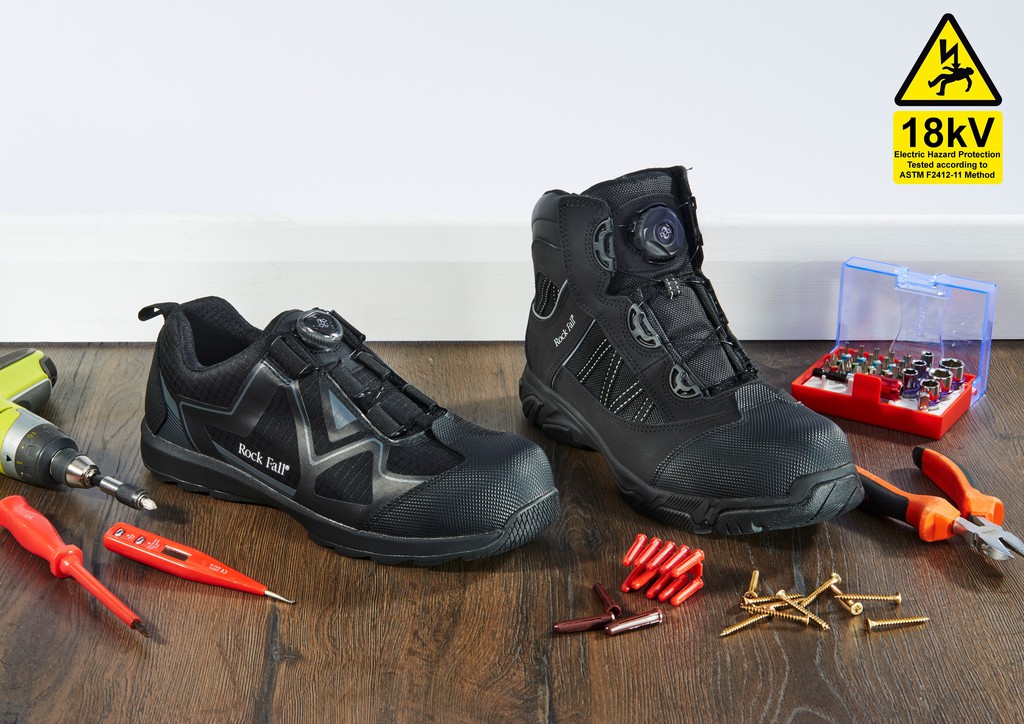 They say that safety footwear is the most personal of all PPE and it’s a statement that we couldn’t agree more with. The industry could be at a tipping point given that Brexit negotiations are progressing, and the PPE regulation applied from 21st April 2018.

We feel that over the coming months and years this will bring a change to how the industry is perceived. Although, I wouldn’t expect creation of new British standards, or a host of changes put forward to amend the current standards.

However, it’s important to state that the revision of these standards is becoming overdue. In safety footwear in particular. EN ISO 20345:2011 has now stood for seven years in arguably the most innovative timeframe in safety footwear. We see several risks covered by other PPE standards that are yet to be applied to footwear. These include chemical, cut resistance and most importantly electrical hazard (EH).

ASTM F2413-11 has a marking for EH. Electrical hazard boots are designed to impede the flow of electricity through the shoe and to the ground, reducing the likelihood of electrocution, in accordance with ASTM F2412-11. The outer surface of the sole and heel shouldn’t be penetrated by any electrically conductive component, like nails in the heel.

EH shock resistant footwear must be capable of withstanding the application of 18,000 volts at 60 Hz for 1 minute with no current flow or leakage in excess of 1.0 milliampere.

It should not go unnoticed that the European standard BS EN 50321:2018 has just been revised and published. This standard covers Dielectric footwear including wellingtons or overboots worn when water and electrical risks are present. Unfortunately, this does not remedy the lack of ASTM F2413-11 EH equivalent.

Whilst it’s clear that the standards must be driven by the companies operating in the industry i.e. chemical, it’s critical that the manufacturers themselves work with them to lobby these changes.

This is possible through genuine and equal value collaboration. At the end of 2017, electrical hazard standard, European standard certified, CE marked safety footwear appeared on a public tender for the first time. Western Power Distribution (WPD) specified this requirement on their tender.

The tender was made possible through an 18-month development project to design, prototype and manufacture a range of Jointers, Linesman and Chainsaw boots. The encouraging news is that many companies operating in the same way as WPD have recognised this and supported the innovation, making mass production viable.

Given the current focus on clean energy and sustainability around the world it is very important that PPE continues to improve at the same rate as the technology. Electrical risks are increasing as the prominence of hybrid and fully electric vehicles continues to grow. In manufacture, service and at the end of life these vehicles must be handled safely.

Electric vehicles aren’t the only driver for this, as we increase the pressure on our electricity networks, there will be even greater demand for preventative maintenance and work on live lines. Increased pressure can cause accidents and to have an additional item of PPE to be the last line of defence, in our opinion is critical.

We have seen great improvements in safety management during the Crossrail project. With High Speed 2 (HS2) electrification high on the agenda, from the view of a safety equipment manufacturer it’s important that our industry makes the most of these major infrastructure projects.

It’s great to see that Western Power Distribution have taken a lead on this problem and I’m sure as a result we will start to see movement in the standards in the coming years.