Family owned safety experts, Arco, and local contractor, Clugston, have begun the construction of the highly anticipated National Distribution Centre extension with a ground breaking ceremony taking place on Monday 19th March. The build forms part of the £25million investment in the site. 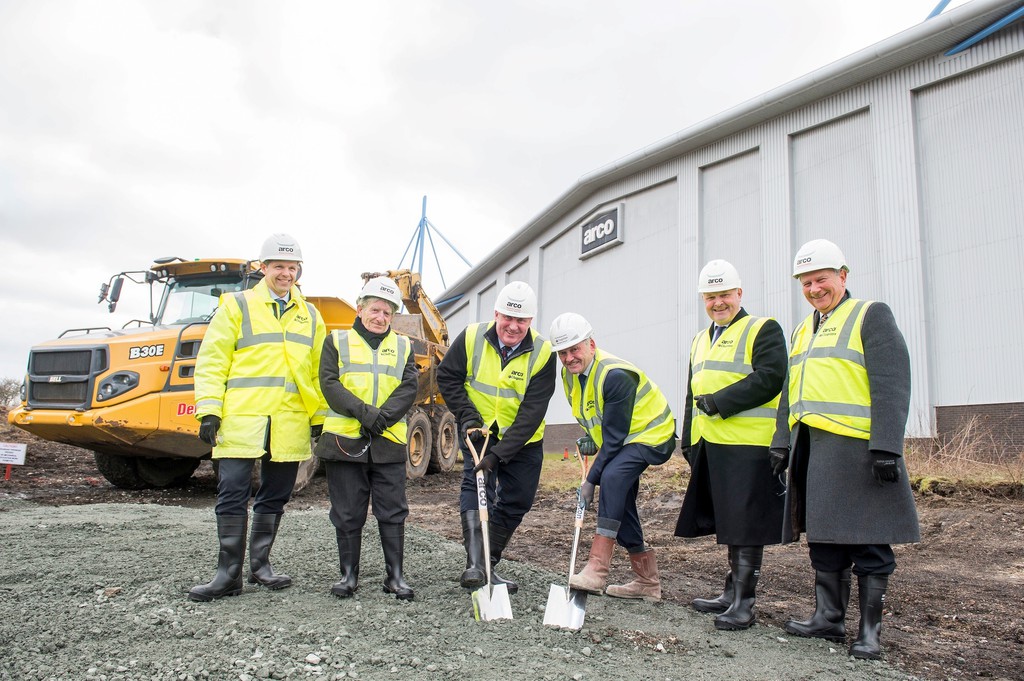 Arco chose to partner with local firm Clugston as they are a family business with similar work values, they have experience in completing large scale projects and come with an exemplary health and safety record. The partnership further demonstrates Arco’s continued support to local businesses.

The 20,439m² building will house additional warehouse and logistics capabilities, doubling Arco’s capacity. The extension, which will be linked to the existing building, has been designed to optimise the space available, having a 19m internal height storage capacity and the ability to store around 40, 000 pallets. The new building will have a contemporary aesthetic and will be designed to complement Arco’s current facility, which when opened in 2000 won awards for its innovative design.

The build is part of Arco’s £55 million investment initiative to support its ambitious growth plans and demonstrates its commitment to the local economy as the new centre could potentially create up to 200 new jobs in the Hull area.  Arco’s other investments locally include a £30 million Digital Transformation Project, investment in its Quality Assurance Laboratory, and recently announced its new Customer Engagement Centre, to be opened in July in Hull.

Thomas Martin, non-exec chairman at Arco, Commented: “Because of our natural connection to the area, we are dedicated to driving the local economy, which is why I’m delighted to start the build of the new National Distribution Centre. As a company we have been investing heavily in both the area and the sustainability of the businesses to ensure its growth continues in the future. As well as the jobs it will potentially create for local people, we also decided to appoint a Humberside based construction firm to partner with for the work to further drive regional economy.”