Effective Software has compiled a checklist of emerging trends that all Health and Safety professionals should watch out for in 2018. 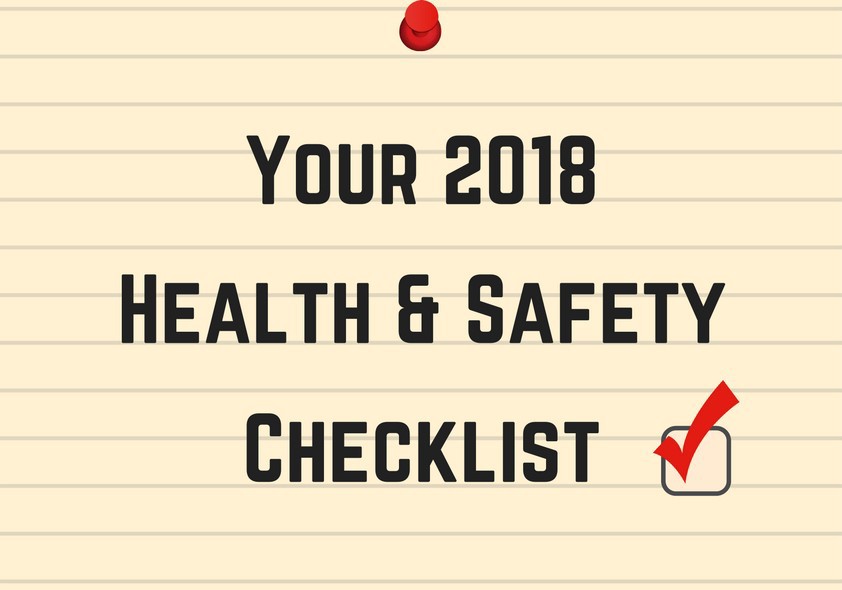 The final draft international standard (FDIS) ISO 45001 was made available in November 2017, and it is due to be published in March 2018. Most of the changes from the draft published in April 2017 (DIS2) were fairly minor, to align other management standards such as those for quality, environment and information security. Although the existing OHSAS 18001 will be withdrawn at the same time, organisations already using it will have a 3-year transition period to migrate to ISO 45001. However, although some organisations might find contracts that require ISO 45001, since there is no legal requirement to have either standard, organisations which have invested time and effort in OHSAS 18001 can chose not to migrate. The transition period refers only to a time during which BSI and others will certify organisations to the old standard. Some organisations might feel “if it ain’t broke, don’t fix it” and continue to operate to the old standard.

The apprentice levy for large employers (those with a pay bill of over £3 million) and additional rules for smaller organisations employing apprentices was intended to increase the availability of places. News headlines suggested that the levy had the opposite effect, with the number of people starting apprenticeships falling by nearly 60%. However, the picture is more complicated, and there may be a “bulge” in the pipeline in 2018. Employers have until 2019 to spend their “banked” levy payments, and will want value for money. Once employers have determined the best schemes for their business, there could be a lot of young people entering the workplace.  In preparation, when you carry out the annual review of your risk assessments, check that the additional needs of young or inexperienced workers have been considered and documented so that you’ll be well prepared.

Two apprenticeship standards are in preparation to provide alternative routes into health and safety roles. IOSH are backing a Level 3 Safety, Health and Environment technician apprenticeship, suitable for school leavers with at least 5 GCSEs. This is being developed by employers in construction and utilities including Balfour Beatty, Costain and Thames Water. At Level 7 (equivalent to a Masters qualification) some leading engineering and energy employers including Airbus, Rolls-Royce and EDF Energy are developing a Risk and Safety Management Professional apprenticeship supported by NEBOSH.

Changes in sickness and accidents

The good news is that the estimated incidence of manual handling injuries in the workplace has decreased since 1990 by around 40%. So a pat on the back to those who have helped design out manual handling, provide training, and reduce the pressures that result in hurried handling and injuries. The bad news is that rates of stress in the workplace remain stubbornly high, with estimates that nearly half of all working days lost to ill health can be attributed to stress, anxiety or depression. That’s a figure to make senior managers look more closely at mental health issues during 2018.

Traditionally ‘falls from height’ has been the biggest cause of workplace fatalities. However, being hit by a moving vehicle has now claimed that unwanted position.  Construction and agriculture are the key culprits in this area, but other industries have had fatalities, from refuse collection to taxi driving.

During 2017 we looked at how wearable technology could improve health and safety in the workplace, at the benefits and risks of autonomous vehicles and at possible (serious) uses for virtual reality (VR) and augmented reality (AR).] We also considered what historical and more recent accidents can tell us about using technology to manage safely.

Effective Software’s own use of technology has been identified in mainstream health and safety publications as leading the way. Artificial Intelligence (AI) is developing rapidly, and creeping into more areas of our lives. 2018 will see technology continuing to change the way we work, bringing new hazards, and new solutions to old hazards. Effective Software is developing an AI tool for its incident reporting app that can instantly recognise safety hazards in images, for example a worker standing on an unsuitable working platform. The use of robotics and ‘cobots’ (robots which work alongside people) is expected to increase, replacing some jobs, and creating new ones. The world of work is changing, and it’s essential that we keep our own understanding up to date.

Who can predict where Brexit will take us in 2018?  Whilst we reported that a specific amendment to the Brexit Bill to protect health and safety law was rejected in November 2017, in December 2017 a final amendment was narrowly accepted, which has the effect of protecting all the EU laws, including those relating to health and safety, from being changed without the permission of Parliament. Amidst rumours that some leading politicians would like to get rid of the protections provided by the Working Time Directive, this is some comfort. Whether you are in favour or against Brexit overall, you can now perhaps be optimistic that sufficient parliamentarians will be keeping an eye on regulatory protection of safety, health and welfare.