'A shift towards an in-ward looking, anti-regulation and anti globalisation world will affect standards, business and OSH in every workplace. The challenge will be to ascertain the impact on working practices and regulatory systems, and how the values underpinning OSH may be reflected in any future legislation.' 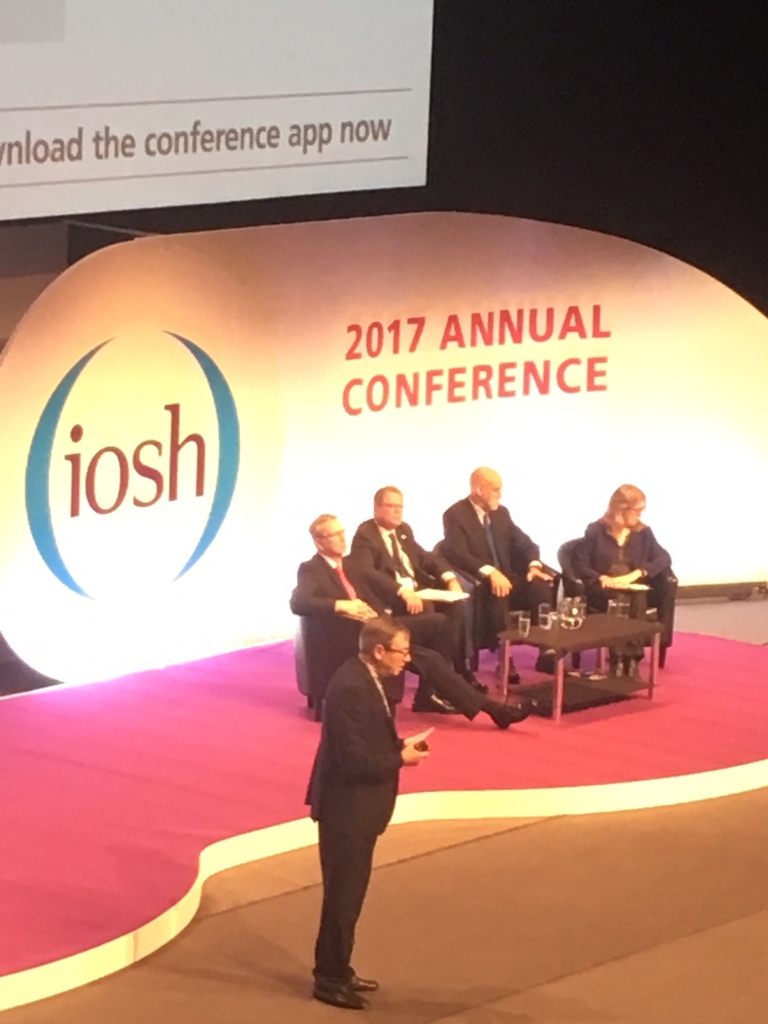 This statement was the focus of an interactive panel debate held at this year's IOSH conference, which took place on 20-21 November 2017 at the ICC in Birmingham. Panel members stated their fears and hopes for the future, before opening up the discussion to delegates.

Lawrence Waterman OBE, founding partner of Park Health and Safety Partnership, chaired the debate and began by defining populism as "a tide of argument that ordinary people are being ignored by a privileged elite" which has "often merged with various types of racism".

On Brexit he added: "We've made the decision to come out of Europe - but how we do it is an argument that is highly polarised."

Bridget Leathley, consultant, trainer and writer at The Safer Choice, was the first to give her opinion. "Populism has driven us into Brexit but we must make sure that populism doesn't decide Brexit," she said.

"If we let populism rule, when we come to make our own decisions on regulations or standards etc. I am worried that we may respond to accidents with what the newspapers want us to do and make rash decisions."

Terry Woolmer, head of health and safety policy at EEF - the manufacturer's organisation, however believes that Brexit should not concern us. "Immigration and trade are the Government's main concerns - health and safety is not on their 'to do' list."

He added that "there is no reason to believe the Government won't retain worker protection standards and product safety requirements".

Doug Florence, senior consultant at SafeMech, argued that Brexit provides an immediate threat to product safety regulations. "These regulations fall apart when we leave the EU – they will need major restructuring to work outside the EU," he said, before adding that he was particularly concerned about toys, consumer products and PPE.

He concluded: "Populism is anti-regulation and anti-expert. Brexit will result in the pressure to reduce standards and regulatory controls."

Bill Gunnyeon, chair of board of trustees at IOSH, thinks that the biggest risk we face as an industry is the downturn of the economy post-Brexit.

However in order to grasp these opportunities, he believes that health and safety professionals need to develop their communication skills so that they can communicate knowledge that people can really engage with and not just see as elitist.

Lawrence Waterman opened the floor up to questions from delegates before providing some food for thought to take away from the discussion.

"Do we as health and safety professionals need to be more activist than we have been? Have we relied too much on Europe to make the decisions?," he asked.

"If we are taking back control we need to be more alert to the opportunities in the new world and ensure the risks don't trump those."