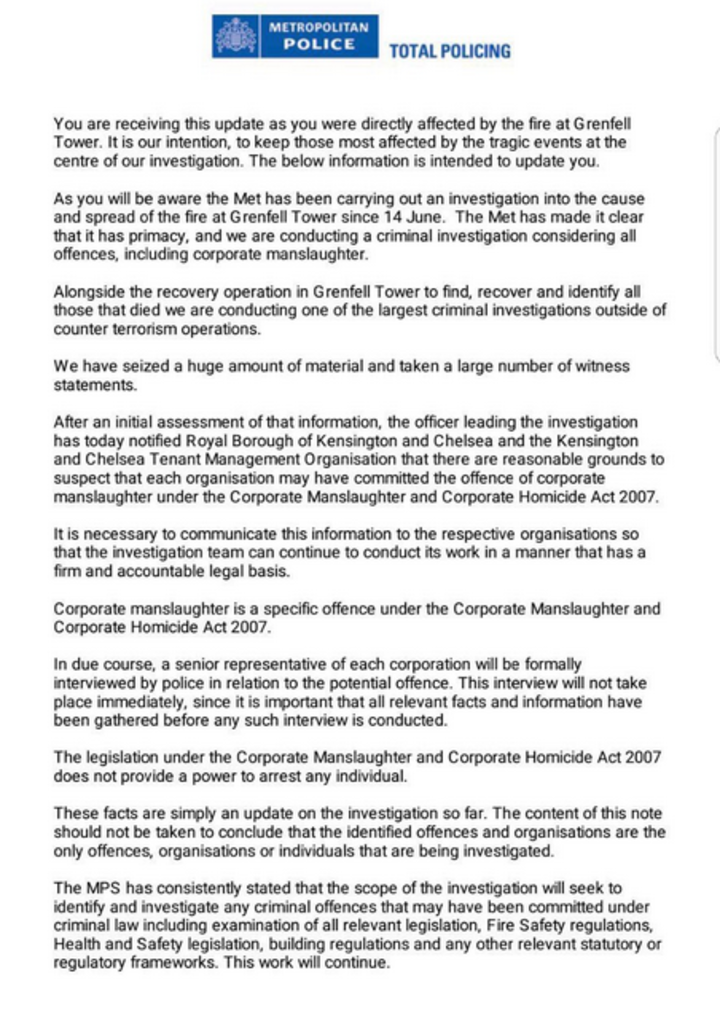 The law on corporate manslaughter would require any prosecution to prove that there was a gross breach of a relevant duty of care owed to those who died.

The Metropolitan Police sent a letter to the survivors and families of the victims, to update them on the investigation, which began on 14 June.
"The Met has made it clear that it has primacy," states the letter, "and we are conducting a criminal investigation considering all offences, including corporate manslaughter."

The letter continues: "In due course, a senior representative of each corporation will be formally interviewed by the police in relation to the potential offence. This interview will not take place immediately, since it is important that all relevant facts and information have been gathered before any such interview is conducted."

Corporate manslaughter is a specific offence under the Corporate Manslaughter and Corporate Homicide Act 2007. This legislation does not provide a power to arrest any individual.