Since the publication of Dame Carol Black’s seminal review of the health of the working-age population 10 years ago, there has been a noticeable shift in responsibility for workers’ well-being to employers. Workplace health-promotion initiatives linked to what people do outside of work in terms of eating, sleeping and exercising are increasingly common, but the jury’s still out on whether they constitute interest or interference. Tina Weadick investigates 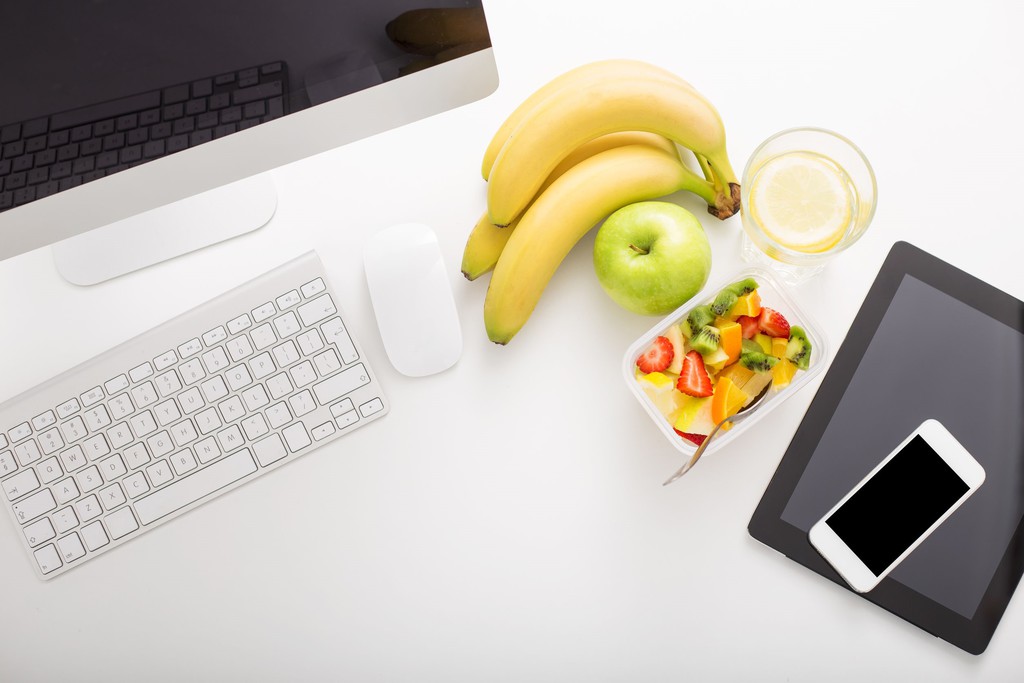 Kombucha. I bet your first thought on reading that was “bless you!” but actually, this type of fermented tea, produced from a symbiotic culture of bacteria and yeast (yum…), is the latest superfood that’s going to work miracles for our overall health. Or so it’s claimed.

The truth is, no particular food or combination of foods alone can make us totally healthy, but by making a range of sensible lifestyle choices, including around diet, we can improve our chances of living well and, as more and more evidence is showing, working more productively.

Few of us deliberately set out to be unhealthy. We spend most of our waking hours at work and, while we’re there, our employers would prefer us to be firing on all cylinders. If, as the World Health Organisation says, “the wealth of business depends on the health of workers”,1 employer interest in the likes of what their workers eat, how much exercise they do, and their smoking and drinking habits is both understandable and appreciated. Or is it?

Food as fuel – and foe

The idea of looking after the well-being of workers, as well as their health and safety, is not new (although it is still far from being standard practice in all workplaces). Recently, however, some employers have been extending their approach from simply providing for the well-being of employees while they’re at work to encouraging them to look after themselves once they’ve clocked off. Initiatives include things like making healthy options available on the menu in the staff canteen, providing assistance to stop smoking or reduce alcohol consumption, and offering free or subsidised gym membership.

The argument goes that the workplace is the ideal platform for such initiatives, as it’s where people spend most of their time. According to Mark Davies of 7Futures, which has been helping companies develop and deliver well-being strategies for almost 20 years, “studies on the most effective ways of nudging people on health have revealed the top three avenues to be via GPs, schools and employers”. Moreover, a 2010 study on healthy eating strategies in the workplace concluded that “using the worksite as a setting for influencing health by influencing dietary patterns holds considerable promise and may be instrumental in reducing workers’ risk of chronic diseases”.2

It has long been recognised and documented that so-called lifestyle-related factors, such as poor diet, substance abuse and lack of exercise, have a significant impact on work-related sickness absence, particularly when combined with work factors, such as shift patterns, job design, degree of autonomy, etc. However, there is also increasing evidence that people’s eating habits, for example, directly affect workplace productivity. A 2012 investigation of the effects of physical activity, dietary behaviour and Body Mass Index (BMI) on the workplace productivity of employees in construction, manufacturing, transportation and services industries found that BMI (of females) and access to fast food (for males) were inversely associated with productivity.3

Part of the reason for this is the effect of certain foods and drinks on the brain. Angela Steel, director of SuperWellness, a leading provider of nutrition-centred well-being corporate programmes, explains: “A diet high in sugar, carbohydrates and other stimulants, such as caffeine, with the associated blood-sugar crashes, is particularly damaging for concentration, alertness and information-processing. There is also a strong connection between nutrition and sleep – again, with blood sugars playing a big part. The knock-on effect of poor sleep and fatigue can be a huge threat to workplace safety, as well as health.”

Mark Steele wholeheartedly agrees, going so far as to call the problem of fatigue at work an “epidemic” and laying much of the blame at caffeine’s door. He says: “We all have sleep pressure, which builds during the day. But caffeine, which is the most used drug in the world, dilutes our sleep drive. If you haven’t slept well, your stress hormones haven’t had a chance to calm down. If you start the day with high cortisol levels, you have less capacity to cope as the day progresses. Your working-memory capacity diminishes as a result. You start to feel brain-foggy, your ability to concentrate wanes and you take risks you wouldn’t normally take. The fundamental cognitive quality of the mind is affected.”

So, it seems fairly straightforward: if you love your coffee, your chips and your couch, and the physical and mental effects of your lifestyle choices are adversely impacting on your performance at work, then your employer has a right to be concerned. Except it’s not that simple. The TUC regularly warns of the danger of approaches that can be seen as employers interfering in what workers do in their own time and used as an alternative to prevention. The current edition of its Work and Well-Being guide4 claims: “Many employers prefer to look at changing the behaviour of the workers rather than the workplace. They seem to think that, rather than remove stress in the work, they should introduce on-site massage or after-work yoga classes. This approach is little to do with promoting well-being in the workplace and instead is using the workplace to promote changes in how workers live their lives.”

The union body also points out that it’s often the work itself that causes people to turn to tobacco, alchohol and junk food for comfort in the first place. For example, a Canadian study5 in 2013 found that more cases of high blood pressure among men could be attributed to low job control than to poor health behaviours, such as smoking, drinking, poor diet, etc.

And employers themselves are often wary of coming across as patronising or preachy by running such initiatives. A 2015 review6 of the literature in this area defined the difficulty as “determining which aspects contributing to employees’ health those in management or leadership roles should have responsibility for and to what extent”. It found there was general reluctance among employers “to enforce particular behaviours outside the scope of occupational health and safety” for fear of being seen to be “meddling”, and general agreement that it is “first and foremost up to the individual to maintain an acceptable level of personal health”, with the workplace “playing a more minor role that should support employee health”.

That individuals have primary responsibility for looking after their own health and well-being cannot be disputed. As noted by the CIPD, in its 2016 policy report on well-being: “People will only benefit from well-being initiatives at work if they are willing to participate in them and take care of their health and well-being outside work as well”.7

This is why, says Angela Steel, employers must take an educational and awareness-raising approach when it comes to health-promotion initiatives. She explains: “In our experience, offering eye-opening information and useful knowledge is the key. It’s the difference between making someone feel empowered because they understand what to look for on a food label or making them feel preached to because they are being told simply to ‘cut down’ on sugar or to ‘lose weight’. Creating an environment that makes healthy choices easier during the working day is a step in the right direction. It isn’t enough, however, to have a long-term or significant impact. This is why education and engagement also play a big part in equipping people with the knowledge and motivation to make healthy choices wherever they are and for the rest of their lives.”

Olympic triple-jumper Nathan Douglas, who works alongside Mark Davies as a mind coach, adds: “We don’t nanny people, we educate and motivate them to take more responsibility for themselves. Our approach is one of health promotion and education. You can’t make anyone do anything, so instead we inspire and educate people to be aware of the damage they are doing to themselves. Yes, we get push-back from some but it’s those who do care about their health that we are targeting.”

The best way for employers to ensure they raise awareness rather than hackles with lifestyle-related programmes is to involve the workers in their development. The TUC, naturally, advocates this approach, as does the CIPD, which notes that “if the organisation involves employees in the design and implementation of its health and well-being programmes from the outset, it is more likely to gain buy-in from them”.

Finally, and perhaps most importantly, such programmes should be holistic, encompassing prevention, promotion and, where necessary, rehabilitation. As Dr Stephen Luttrell, medical director at Bupa UK, pointed out in a recent article for the Chartered Management Institute: “Well-being is not just about free gym membership and fruit bowls; we have to see it in terms of the wider work environment”.