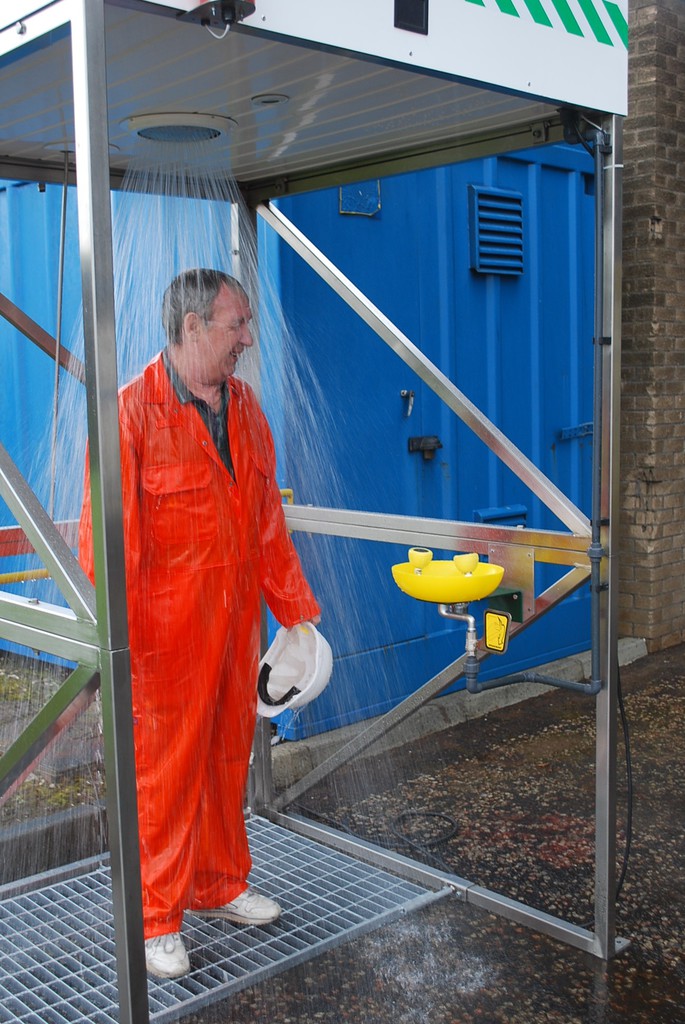 Instead of simply going through a process of self-certification, Empteezy, which recently celebrated its 30th anniversary, has truly gone the extra mile and elected to have its tank shower undergo three independent tests to prove its compliance to international standards.

Empteezy worked with IAPMO R&T, North America’s premium plumbing and mechanical product certification agency to demonstrate that the SE-VTS-1 tank shower, which distributes 75.7 litres of temperature regulated water per minute for 15 minutes met with ANSI standard Z358.1-2014. In addition, Empteezy worked with Applus+ Laboratories to verify the product’s compliance with the ANSI standard.

Applus+ Laboratories also tested the emergency tank shower to verify its compliance with the European Norm (EN) standard for one piece of safety equipment. The product passed the test with flying colours.

Commenting on receiving the accreditations, founding director of Empteezy, Bruce Wishart said: “I am thrilled the tank shower has achieved the ANSI and EN standards, it’s testament to the high-quality products Empteezy is associated with.

“Undertaking the test was entirely voluntary, but we were extremely confident in the tank shower’s credentials and knew it would achieve the pass it deserved”.

“There is plenty to be excited about within the company over the coming months, so I am excited to see how the rest of 2017 unfolds, we have got off to a flying start!”

Now fully compliant with two international standards (ANSI and EN) and verified by two trusted independent test bodies, the tank shower is set to achieve international recognition within the emergency shower and decontamination industry, and expected to further boost Empteezy’s 18% increase in exports from 2016.

The 2,000 litre water tank capacity provides a gravity fed flow rate that surpasses the standards requirements, even when an optional eyewash is running at the same time, and the heater ensures tepid water.