Let’s find out more about the 2016 Safety Excellence award winners, dorsaVi, winning in recognition of its workplace injury assessment solution, ViSafe and its work with Heathrow Airport. 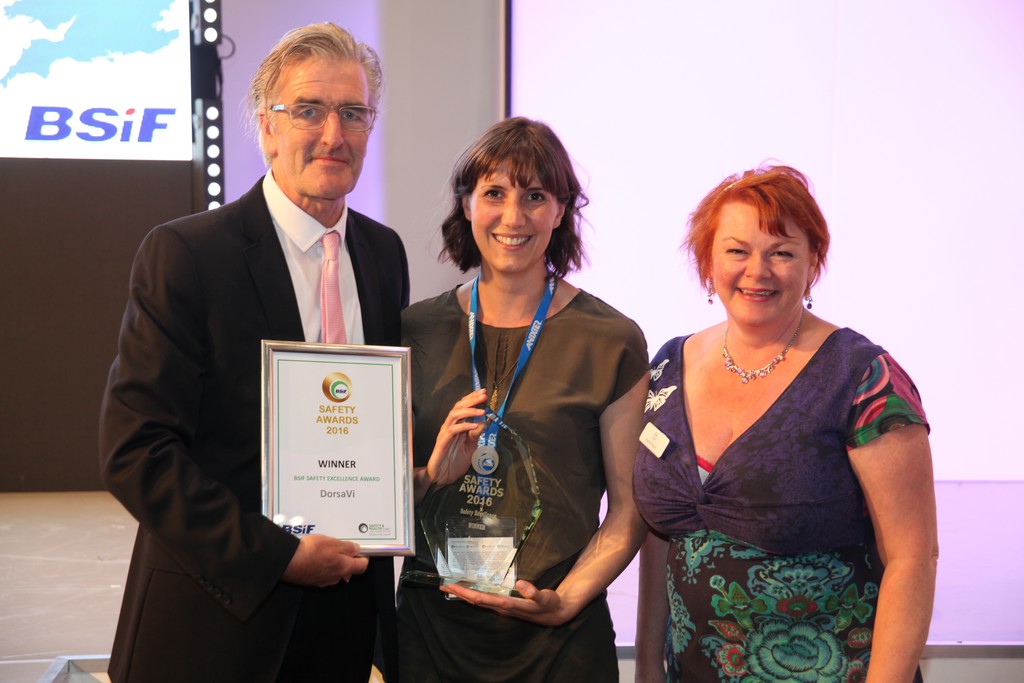 Unsafe work environments cost companies at every level – increased insurance costs, reduced productivity, employee retention, and risk to the health of the employees. In 2014/15, 9.5million days were lost at work due to musculoskeletal disorders in the UK alone.

The objective results determined by ViSafe allows companies to determine new methods of working which are safer, more cost effective and often lead to increased productivity.

Zoe Whyatt of dorsaVi Europe said: “We’re thrilled that our work with Heathrow Airport has been recognised and awarded by the BSIF – the vision of Heathrow to gain objective and accurate data about the working environment and practices for baggage handlers truly has made a difference in the engagement of this workforce and their use of manual handling aids.”

Amanda Warner, project manager development at Heathrow, said: “The dorsaVi study gave us tangible data and measured outputs which proved that the MHAs Heathrow had invested in were a better and safer option for workers, placing less load and strain on the body. Some of the findings were intuitive, however, the ViSafe data allowed us to objectively confirm the safest and most productive working methods, giving us confidence in our recommendations and decisions. We’re already planning to undertake further studies in other manual handling areas at Heathrow.”

Founder and CEO of dorsaVi, Andrew Ronchi said: “Wearable technology is changing the way occupational health and safety is managed by companies globally. We’ve been able to assist companies such as Heathrow Airport along with many others to identify risk and reduce workplace injury. Wearable technology has set the new gold standard in measurement, assessment and improvement of manual handling activities.”