Home >Calls for RIDDOR disease list to be widened
ARTICLE

BOHS, The Chartered Society for Worker Health Protection says it is pleased to see that HSE has considered the intelligence gathering aspects for acute and short latency diseases (plus cancer), as demonstrated in the recently announced RIDDOR changes, but is still concerned about the lack of data being collected on long latency diseases such as silicosis. 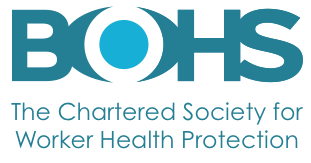 A formal public consultation took place between August and November 2012 when BOHS argued strongly against the original plan to remove the requirement for the reporting of occupational cancers, diseases attributable to biological agents and six short-latency diseases (hand-arm vibration syndrome, dermatitis, carpal tunnel syndrome, severe cramp of the arm, tendonitis and occupational asthma) in the workplace.

BOHS was delighted when the decision was made to retain this requirement and President David O’Malley stated "If employers and duty holders did not have to report incidents of occupational disease there would have been no data available and therefore no real understanding of the number of people exposed to dangerous working environments. Existing data reveals that 500,000 ‘new’ work-related illnesses occur each year which ultimately costs the economy £8.2bn annually. Even with its limitations, without RIDDOR disease data, fighting for healthier working environments, which all workers deserve, is harder”.

The removal of the requirement for the affected person to be working in a particular, specified industry or job is a welcome change.

But while BOHS is supportive of rationalising the list of diseases from 47 to 8, they would like to see a ninth category of "Pneumoconiosis, including silicosis” included. .Silicosis is an irreversible lung disease that can take years to develop and is caused by fine particles of respirable crystalline silica (RCS) which cause damage and inflammation in the lungs. Occupations with exposure to RCS include quarrying, slate works, foundries, potteries, stonemasonry, construction (when cutting or breaking stone, concrete or brick), and industries using silica flour to manufacture goods.

David O’Malley commented that "Silicosis is an important occupational disease and area of concern. There is still debate about whether the limit used and the controls recommended are acceptable. Including this in the list sends out the message that this is important and that as a nation, we need to take action.”

BOHS also calls for the guidance to explicitly state that ‘diseases attributable to biological agents’ includes legionellosis and legionnaires disease, as not all employers may know that these diseases are caused by biological agents.