The Safety & Health Excellence Awards are now a much-anticipated part of the calendar, despite only being in their second year. More than 500 guests attended a black-tie dinner at The Vox in Birmingham on 10 April 2019 to see the winners revealed. 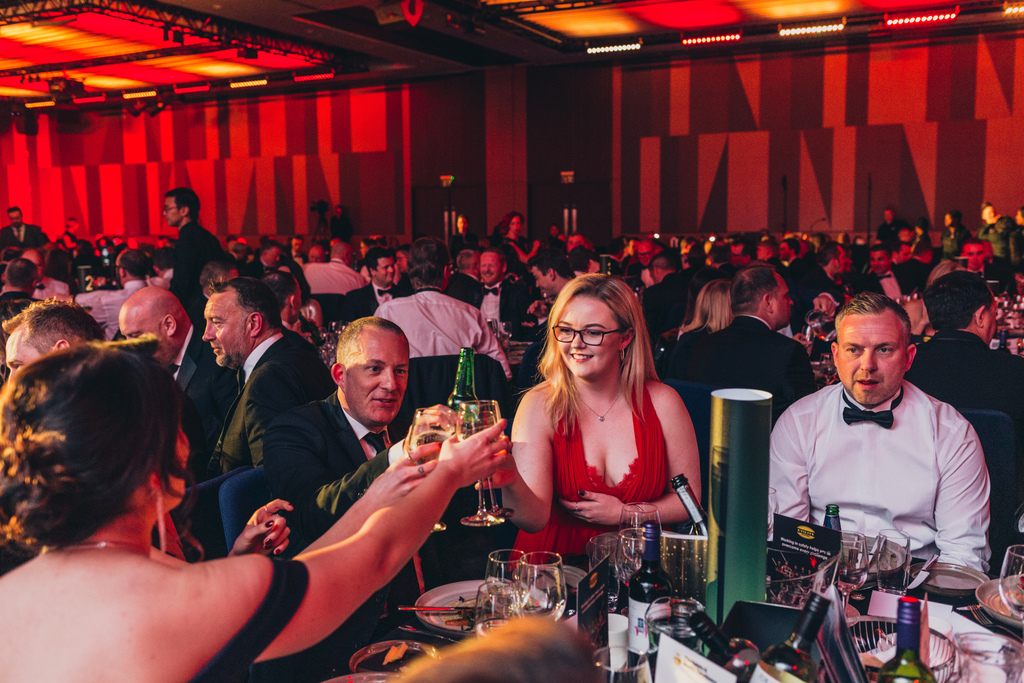 The Awards, which this year had Able Safety as headline sponsor, was hosted by comedian Sean Lock and attracted more than 200 entries. The Safety & Health Excellence Awards are also now the home of the long-established British Safety Industry Federation Awards (BSIF). We are grateful to the BSIF for partnering with us to present their prestigious awards.

The winners of the awards are not selected by Western Business Exhibitions but by an esteemed group of judges, who have all worked in their respective sectors for many years. We had a number of new categories this year, one of which is particularly special to all of us – The Alan McArthur Unsung Hero Award. Alan sadly passed away last year, having dedicated much of his life to innovating and implementing improvements in health and safety. We are grateful to his family and 3M for allowing us to name an award in his honour. Alan was a pleasure to know and he is greatly missed.

We also enjoy fantastic support from our sponsors, which include our headline sponsors Able Safety as well as 3M, Arco, Alcumus, Diadora, HAVI, NEBOSH, NQA, Shawcity, Southalls, Turner & Townsend and The Safety Knife Company. Without your fantastic support this event could never have happened. So, thank you!

This year our chosen charity for the Awards was the Suzie Lamplugh Trust and we are delighted to announce that more than £2,000 was raised on the night for this great charity. We are grateful to all who donated.

We hope all those that attended had a night to remember and we are looking forward to seeing you back at the Awards next year, on 29 April 2020, which will once again run alongside the Health & Safety Event, Fire Safety Event, Security Event and Facilities Event.