A COMPANY set up because its founder promised a fellow serviceman a job would be waiting for him after the Second World War, is celebrating its 75th anniversary. 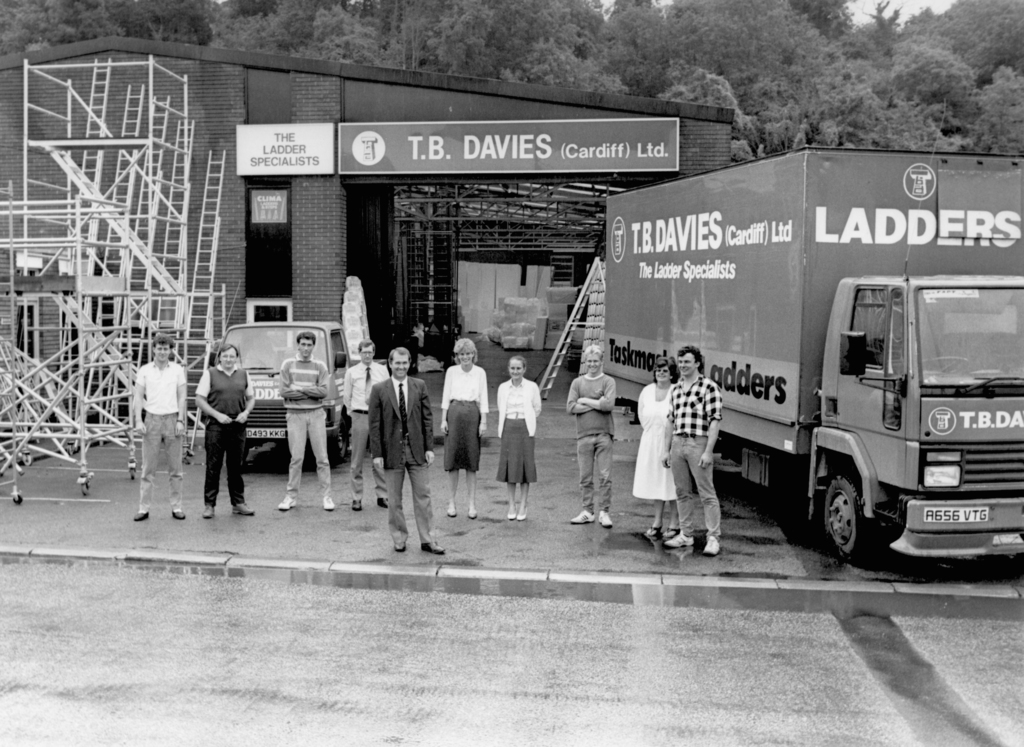 Cardiff company TB Davies (Cardiff) Ltd was founded on November 6, 1945 by a veteran of two world wars, Thomas Brynley Davies. Mr Davies was a Warrant Officer in the Second Battalion of the Life Guards stationed at Windsor Barracks in the First World War.

The Swansea-born man lived in Splott between the wars and had become a prominent businessman. During the Second World War, he was Commandant of the Police Special Constables in Cardiff before joining the RAF and specialising in RAF security.

He made his promise to fellow serviceman Colin Morgan while stationed at a local RAF base. After the war ended, Bryn sold his house to finance the new business, TB Davies.

When Bryn decided to take a step back from the day-to-day running of the business in the 1950s, Colin Morgan took over daily operations at the ladder specialists.

In the 1960s, Bryn’s grandson Patrick Gray, now Chairman, joined the company to sell the benefits of a revolutionary new product to potential customers: aluminium ladders.

Since then, the business has gone from strength to strength, now a multi-million pound enterprise operating from a modern, three-acre facility in Cardiff Bay and supplying customers across the UK and globally. The company focuses on ladders, scaffold towers, and platform-related safety products, having developed an enviable reputation for quality and service.

Over the past 75 years, those running the business have never forgotten its roots or its traditional family values.

David Gray said, “Our heritage spans four generations and the story of our founding is so powerful. It shows one man’s commitment to his word, selling his home to establish a business to ensure a fellow serviceman had a job and had a future for himself and his family.

“Bryn had a vision of a business which was a workplace fit for Welsh heroes, and he delivered it.

“We take those important lessons into our business dealings every day. We’re committed to providing good quality jobs and opportunities for our staff, and we provide products which reflect our commitment to quality. We ensure every fitting, material and solution is carefully designed and stringently checked to keep our customers and their staff safe when working at height.

“I’m delighted to be celebrating this huge landmark in our business’s history and would like to thank all the workers who have contributed so much to our success over those 75 years.”

Councillor Huw Thomas, Leader of Cardiff Council added, “I would like to congratulate the Directors and staff of TB Davies Ltd on the businesses 75th anniversary. The company’s growth has brought them back to Lewis road in Splott after expanding across several buildings in the city over the last 75 years. This is really appropriate as the founder of the business Thomas Brynley Davies lived in Splott between the wars. This family company has provided first-class support to businesses across Wales and the UK with the provision of ladders and associated products. I am delighted the company has settled in a new strategic base in Splott, allowing them room to expand and grow the business.

The company and its Directors are also enthusiastic supporters of Cardiff Commitment a strategic initiative to improve links between school and industry in Cardiff.

Small and Medium size businesses are the foundation of the Cardiff and Welsh economy, and we look forward to the continuing growth of T B Davies Ltd as it continues to contribute to the health of our economy and communities.”

You can find out more about the business at www.tbdavies.co.uk

You can view the media pack here: https://we.tl/t-shuFVTSUf4