An increased platform size which is twice that of a conventional step and a raised support rail which creates a 360 degree work zone, are two of the enhanced safety features of the new Super-Pro 360 work platform from TB Davies. 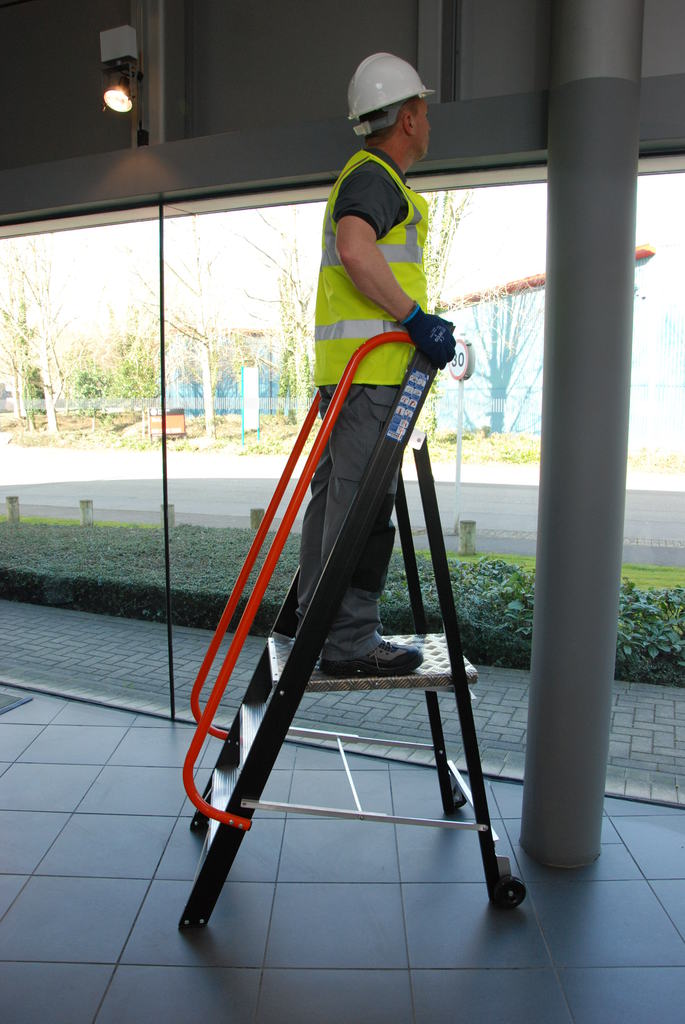 The Super-Pro 360 will be available at builder’s merchants and industrial supply companies nationwide from this autumn.