WH SMITH (Retail Holdings) Limited has been ordered to pay fines and costs totalling more than £470,000 after a member of the public fell into a basement through a trapdoor on the shop floor. 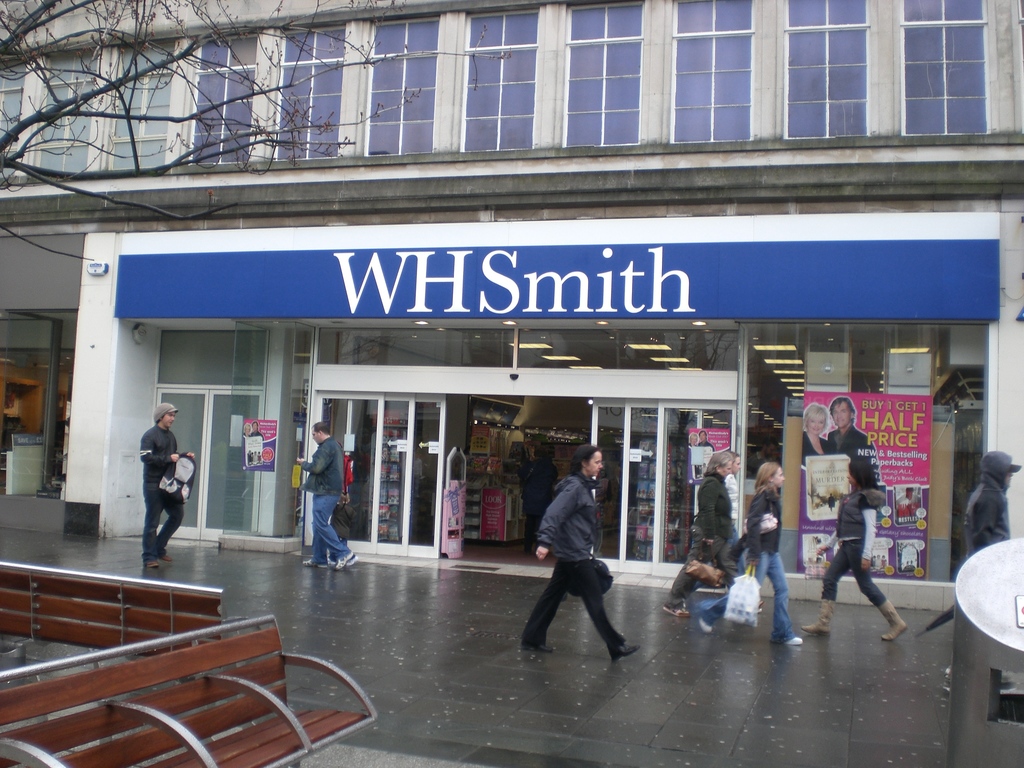 The incident took place on 16 February 2014 at the Taunton WH Smith store, which had been opened during trading hours. The 64-year-old customer was looking to buy a birthday card with dachshunds on it for a dog-loving friend. Meanwhile, two WH Smith members of staff were accessing storage in the basement through an open trapdoor set into the surface of the trading floor. The basement was almost 3 metres below the shop floor.  The customer was walking along, looking at the cards on sale, when she fell through the large hole in the floor left by the open trapdoor, into the basement.

She was taken to hospital and subsequently required three operations to rebuild her heel. She was fortunate not to be killed: falls of much lesser distances than three metres can result in fatal injury. Instances where anyone can fall a distance likely to cause injury are classified as “Work at Height”. His Honour Judge Ticehurst said that it was “abundantly clear” that her injuries had a “devastating effect” on her and on her way of life.

One of the members of staff, who was standing near the open trapdoor, grabbed for the falling customer, and managed to grab hold of her, but not to stop her fall.  The falling customer’s arm caught a chain holding the trapdoor in its open position, which slammed the trapdoor shut, breaking the member of staff’s hold, but also stopping that member of staff from herself following the customer down into the basement. The member of staff sustained bruising to her arms.  Again, she was lucky that the outcome was not worse.

An investigation by Taunton Deane Borough Council found inadequacies in the system of work, in which the staff member on the shop floor who was handing items down to, and receiving them up from, a colleague in the basement, was also expecting to be “guarding” the open trapdoor to stop customers or anyone else on the trading floor falling into the hole. There was no guarding/edge protection or signage around the hatch and there was no written risk assessment in place for the procedure.  The accident at Taunton was foreseeable and preventable.

Back in 2011 there had also been intervention by a Pembrokeshire Environmental Health Officer in relation to the use for storage of a basement accessed from a trapdoor in the shop floor at a second WH Smith store in Tenby, Wales. Investigation after February 2014 also revealed that, prior to February 2014, a third WH Smith store in Southwold, Suffolk, had been using basement storage accessed by a trapdoor in the shop floor.  The company failed to respond appropriately to the events at Tenby, and to a lesser extent to the presence of a basement at Southwold. These ought to have put the company on notice of the potential existence of the risk associated with the use of basement storage, and the company ought to have done more, prior to the accident at Taunton, to enquire as to the presence of basements elsewhere in the WH Smith estate.

After the accident at Taunton WH Smith moved the items that had been stored in the basement there to a store room, locked the basement out of use and completed a written risk assessment for accessing it should the need arise.

WH Smith (Retail Holdings) Limited, the company which leased the Taunton store premises and employed the staff members working there, pleaded guilty at Taunton Crown Court in May 2018 to breaching its general duties regarding health and safety under Section 3(1) (duty to non-employees, including customers) and Section 2(1) (duty to employee) of the Health and Safety at Work etc. Act 1974. Today, in fining the company, the Judge said, “There was a lapse in focus of the corporate mind.” He described the accident as the “foreseeable” result of the offending and said that “any other shopper” would have been “exposed to a risk of falling” through the trapdoor when it was open, given the “lack of protection”.  As well as fines of £337,500, WH Smith (Retail Holdings) Limited was ordered to pay £135,492.66 towards the Council’s costs of the investigation and subsequent prosecution.

The Taunton Deane Portfolio holder, Councillor Patrick Berry, said “A customer suffered serious injuries as a result of failings in safety procedures at the Taunton WH Smith store.  One of our top priorities is the wellbeing of people in our Borough, so I hope the size of this fine serves as a warning to all businesses, that the health and safety of all who use their premises – be they customers, employees or other visitors – is paramount.”