A MAN who ran illegal waste sites – dangerously hoarding hundreds of tonnes of waste tyres – has been handed a 12 month suspended prison sentence. 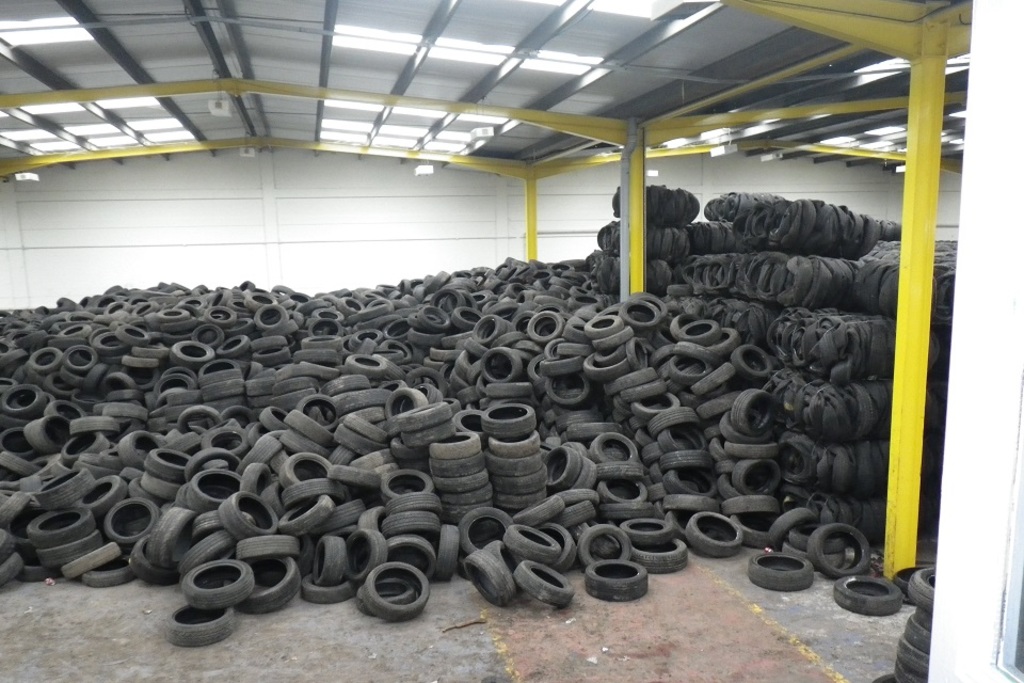 This was following enforcement action taken by the Environment Agency relating to the illegal storage of tyres in Northamptonshire.

Eyre and John Mullen, 59, of Frankston Avenue, Milton Keynes, were joint directors of company IN4 Ltd until February 2017, when Eyre retired, leaving Mullen as the sole director.

During a sentencing hearing at Northampton Crown Court, His Honour Judge Rupert Mayo heard the pair’s actions could have seriously polluted the environment and risked people’s homes, health and lives.

The company was only allowed to keep 84 tonnes of tyres on their Brackmills Industrial Estate site, under the conditions of its environmental permit.

But Environment Agency inspections in March 2017 found more than 15 times that amount – more than 1,300 tonnes of tyres – being stored without any effort to prevent a potentially life-threatening fire.

By April, the site had been entirely filled with tyres and abandoned.

Meanwhile, Eyre had set up a second company, Synergy Tyres, at the Broad March Industrial Estate in Daventry, where he continued to stockpile tyres.

He operated without a permit for 4 months until Environment Agency officers discovered more than 120 tonnes of tyres there in April 2017.

The court heard that in May 2017, Eyre applied for exemptions to process up to 40 tonnes of tyres a week without an environmental permit, as long as the site adhered to certain conditions and safety measures.

However within a month he had already stockpiled more than twice that limit.

The tyres, stored in huge piles with no fire breaks, posed a serious fire risk to homes less than 10 metres away, the court was told.

The site was regularly shifting up to 225 tonnes of tyres, according to documents later provided to the Environment Agency – more than 5 times the limit allowed under the exemptions.

The court heard that over the next 6 months the company was given advice, guidance and support to bring it in line with the law but Eyre continued to ignore it.

The company’s exemptions were voided in March 2018, effectively revoking its permission to operate.

In interview, Eyre claimed he didn’t understand the permitting rules but the court heard he’d been formally cautioned in connection with 2 other sites in the past.

Mullen admitted he knew about the concerns over how his company was operating, but did nothing to resolve them because he hoped it would “sort itself out”.

Sentencing Synergy Tyres (Midland) Ltd and its director Eyre, Judge Mayo said there had been, “a deliberate and flagrant breach in the face of warnings given”.

He ordered the company to pay a fine of £11,250 and sentenced Eyre to 12 months’ imprisonment, suspended for 12 months on condition that he stays out of trouble and performs 150 hours of unpaid work.

Mullen was made subject to a 6 month community order with a requirement that he complete 15 days of Rehabilitation Activities.

An enquiry into the Proceeds of Crime in the case has been postponed to a later date.

Costs and POCA have been adjourned to 6th July 2020.

After sentencing, Rebecca Staff, Environment Officer at the Environment Agency, said, “It’s very clear that the mismanagement of these sites was no innocent mistake – rather, laws were broken and legitimate businesses undercut simply for the sake of profit.

“These businesses deliberately ignored rules meant to make sure that waste sites are run safely.

“Most worrying of all, people and the environment were put at serious risk.

“Lives could have been lost if a fire had broken out at either site, as 1 was mere metres away from homes and the other was connected to industrial units.

“We hope this case sends a message loud and clear – we won’t hesitate to take action against those who put profit above their environmental responsibilities.”

Everyone has a responsibility to check that they’re using legitimate companies to deal with their waste. Check whether a waste carrier is genuine on the Environment Agency public register.

A new taskforce dedicated to tackling serious and organised waste crime – such as dumping hazardous materials on private land and falsely labelling waste so it can be exported abroad to unsuspecting countries – was launched earlier this month.

The Joint Unit for Waste Crime (JUWC) will for the first time bring together law enforcement agencies, environmental regulators, HMRC and the National Crime Agency in the war against waste crime.