Drivers urged to be roadwork aware

HIGHWAYS ENGLAND is urging motorists to drive carefully through roadworks as it reveals new research and shocking footage that show the dangers of not paying attention. 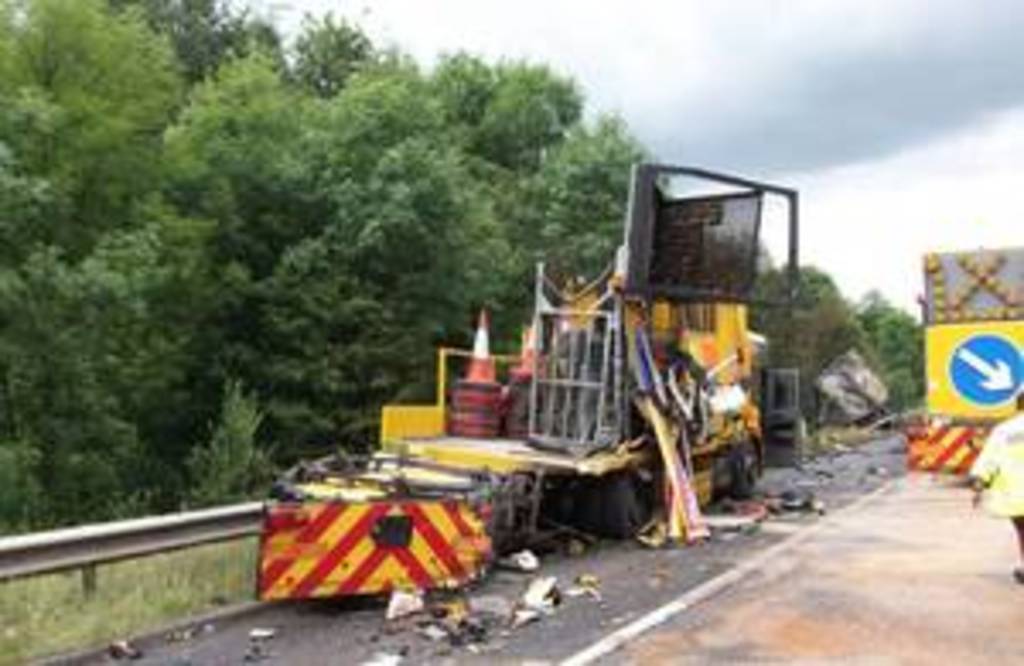 Latest data shows road workers have reported around 6,500 incidents over three years of drivers going through cones and into roadworks sites - an average of 175 a month.

And it is encouraging road users to take care in roadworks.

Mark Byard, Director of Health and Safety at Highways England says, "We appreciate drivers get frustrated by roadworks but also that they understand the need for them, to keep families connected and the country in business. Each month we have around 175 reports of vehicles driving into roadworks, putting both road users and our roadworkers at risk. When you are driving through roadworks, please pay close attention and keep everyone safe."

The collection of CCTV clips include one of a driver ignoring a road closure only to find that the road was closed to allow a crane to dismantle a bridge.

Other examples show how a lack of concentration can lead to drivers veering into the cones or even following roadworks vehicles into the roadworks.

Highways England plans maintenance and improvement projects to allow works to proceed in the safest and most cost-effective way, with minimum disruption to road users.

As part of Road Safety Week Highways England is asking road users to:

Roads Minister, Baroness Vere, said, "Our road workers are key to ensuring Britain’s road network runs smoothly and keeps us connected. Careless and reckless driving not only puts them at risk, but also other road users.

"It goes without saying that when travelling through roadworks, stick to the speed limit, pay attention and respect road workers."

James Haluch, Managing Director at Amey Highways and chair of the group focusing on roadworker safety says, "In 2019, in Amey alone we recorded 753 vehicles driving into our road closures. Worse still, one of our roadworks vehicles are driven into every 4 or so months. Each one of these results in injuries to our people and it is generally the case that the physical injuries heal far quicker than the mental health ones. A few moments lapse of concentration could be life changing, please give the road your full attention, particularly through roadworks where there may be a temporary change to the road layout."