THE GOVERNMENT has published its landmark Building Safety Bill which is designed to deliver the biggest changes to building safety for nearly 40 years and, ultimately, make residents safer in their homes. The Building Safety Bill is published in draft form and will improve regulations as the Government seeks to bring forward a clearer system with residents’ safety at the very heart of the matter. 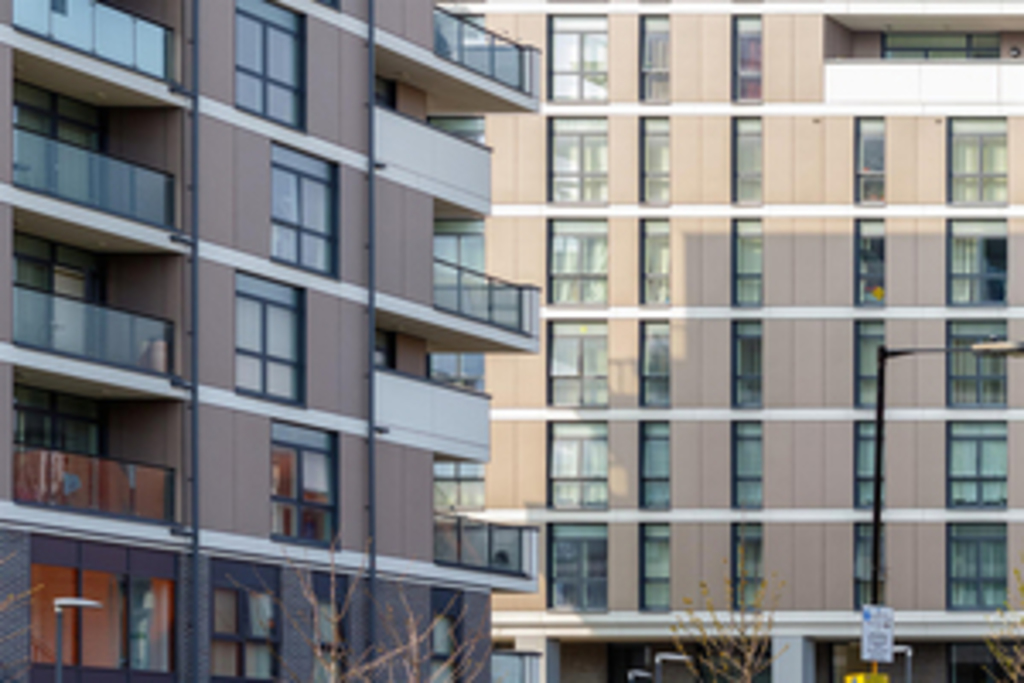 Residents have helped to develop the proposals through engagement groups. Under the new rules, people living in high-rise buildings will be empowered to challenge inaction from their building owner and have better access to safety information about their building. They’ll also benefit from a swift and effective complaints process.

A Building Safety Regulator (more of whom anon) operating within the Health and Safety Executive will be fully established and equipped with the power to hold building owners to account. The Bill itself will enforce a new and more stringent set of rules applicable to buildings of 18 metres or more or taller than six storeys, encompassing each stage from the initial design phase through to occupation.

The Building Safety Regulator will have three main functions: to oversee the safety and standard of all buildings, directly assure the safety of higher-risk buildings and improve the competence of people responsible for managing and overseeing building work.

The Government views the Draft Bill as legislation that will evolve as further evidence and risks are identified to ensure that residents’ safety is always prioritised and will also provide new powers to better regulate construction materials and products to ensure they’re safe for use.

Government expert Michael Wade has been asked to work with leaseholders and the finance and insurance industries. Wade will test and recommend funding solutions to protect leaseholders from the unaffordable costs of fixing historic defects, ensuring that the burden does not fall on tax payers. He will also develop proposals to address several insurance issues around building safety.

The draft Building Safety Bill includes a new ‘building safety charge’ to give leaseholders greater transparency around those costs incurred in maintaining a safe building, with numerous powers deliberately included to limit the costs that can be re-charged to leaseholders.

Further, the Government is publishing a consultation which sets out proposals to implement the recommendations from Phase One of the Grenfell Tower Inquiry that require a change in law. The consultation will also look at strengthening fire safety in all regulated buildings in England to ensure that people are safe from fire regardless of where they live, stay or work. Taken together with the draft Bill, these measures will improve the safety of residents in buildings of all heights.

Ultimately, the consultation seeks to strengthen the Fire Safety Order, enhance compliance and improve fire safety in all regulated buildings in England.

The proposals focus on a number of areas, including providing residents with greater assurance and fire safety improvements in buildings, driving effective and sustainable operational outcomes for firefighters and enabling the better identification of ‘Responsible Persons’, such as building owners and managers.

The Government is seeking the views of individuals from key groups, including those that have been most affected by fire, the residents of high-rise and multi-occupancy buildings, building owners and managers and the Fire and Rescue Services.

Responses to the consultation are invited from groups and/or individuals impacted or representing the interests of those affected by the Regulatory Reform (Fire Safety) Order 2005 and related matters. The consultation is now live and will be open for a period of 12 weeks, closing on Monday 12 October.

In addition to the consultation, the Fire Safety Bill is also currently making its way through Parliament. This Bill will deliver on the Inquiry’s Phase 1 recommendations by empowering Fire and Rescue Services to take enforcement action and hold building owners to account if they are not compliant with the law.

Housing Secretary Robert Jenrick said: “This is a significant milestone on our journey to fundamentally improve building safety and deliver real change that will keep people safer in their homes. I remain committed to making sure we get this right, which is why I will be publishing the draft Bill for scrutiny and improvement before it’s introduced in Parliament. I’m also calling on the industry to actively prepare for these changes now. It’s vital that the sector moves in step with us to provide confidence and reassurance to residents that their safety is firmly at the heart of everything we do.”

Building Safety and Fire Minister Lord Greenhalgh added: “As a Government, we’re determined to learn the lessons from that fateful night at Grenfell Tower and ensure that a tragedy like that never happens again. These are the biggest changes to building safety legislation for nearly 40 years. They will raise standards across the industry and ensure building owners have nowhere to hide if they do break the rules.”

Lord Greenhalgh added: “Consulting on key recommendations from the Grenfell Tower Inquiry and wider changes to fire safety regulation will give those affected the opportunity to make their voices heard and help us to implement lasting and significant change.”

Dame Judith Hackitt, independent advisor and author of the Independent Review of Building Regulations and Fire Safety, observed: “I welcome this draft Building Safety Bill as an important milestone in delivering the fundamental reform this industry needs to make residents and buildings safer. It meets the ambitions and recommendations set out in my review. Industry must be in no doubt that it’s not enough to wait for the Bill to become law before changes are implemented. We expect practitioners to start taking action now.”

The Government is also announcing that full applications for the £1 billion Building Safety Fund to remove unsafe non-Aluminium Composite Material cladding from buildings can be submitted from 31 July. No less than 747 registration forms have been processed since 1 June.

Such that building owners are clear on which steps they need to take to ensure a given building is safe, the Government is also publishing a new Manual to the Building Regulations which contains all of the Approved Documents in one place.

The draft Building Safety Bill is a large and complex piece of legislation which is precisely why the Government is publishing it for pre-legislative scrutiny before introducing the document to Parliament. As recommended by Dame Judith Hackitt in her Independent Review of Building Regulations and Fire Safety, the draft Bill will introduce more stringent rules for all blocks of flats that are either 18 metres or more in height or more than six storeys tall. This is because evidence demonstrates that the fire risk of a building increases with height. It’s right that the Government starts with taller blocks of flats where the risk is deemed greatest in order to protect the largest possible number of people.

The threshold for buildings to be subject to these rules will be kept under review in case that threshold needs to be adapted in future to cover more buildings.

Later this year, the Health and Safety Executive is expected to launch the recruitment process for the first-ever Chief Inspector of Buildings in England who will lead the regulator. The Health and Safety Executive will also take over as chair of the Government’s Joint Regulators Group which advises on ways in which to strengthen the regulatory regime and take over the Independent Expert Advisory Panel, which itself provides advice for the Government when it comes to fire safety in high-rise residential buildings.

The Government is providing £16.4 million for the Health and Safety Executive to recruit staff and develop its capabilities such that the Building Safety Regulator can hit the ground running when the powers come into effect.